Agrochemical company Corteva is considering closing its controversial Paritutu manufacturing plant in New Plymouth at the cost of 35 jobs. 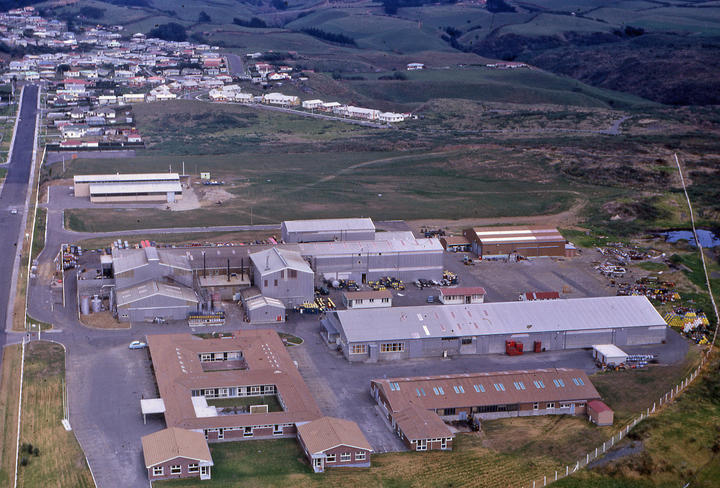 Some local residents say its closure would bring a welcome end to a worrying era of often unwelcome chemical production in the neighbourhood.

Government testing has shown toxic dioxin chemicals spread into the neighbourhood when the plant was under earlier management.

In a statement today, the company said the proposal to close the site follows a strategic review of its Australian and New Zealand operations.

"The strategic objective ... is to establish the strongest foundation to drive sustainable growth over the long term," Kaan said.

"There were significant benefits to the company in moving its New Plymouth manufacturing operations to alternative locations across its global supply network."

If the proposal is accepted the next 6 to 12 months will be used to transition the operation elsewhere.

Corteva remained committed to New Zealand and an office would be retained in New Plymouth, he said.

Corteva was the agricultural division of DowDuPont, but rebranded in 2018.

From the mid '60s to 1987, Ivon Watkins (later Ivon Watkins-Dow) made the controversial chemical 2,4,5-T at Paritutu.

The herbicide is a key component of the military defoliant Agent Orange used in the Vietnam War from 1962, and also contained the contaminant toxic dioxin TCDD.

Lance Snowden has lived in the Paritutu neighbourhood since 1978.

"I think it's about time [they left] and I think there should be more accountability for what they've done. Like my house here at Rangitake Drive, the soil was tested, and they said 'oh yeah it's covered with dioxin'.

"Then they say it's meant to be safe, but if you have a read of our 'safe' and overseas' 'safe' I think you've got a big difference, haven't you?"

A Ministry of Health study in 2005 found that mean TCDD levels in the blood of local residents was 3.8 times higher than in a control group. In age and sex sub-groups it was up to seven times higher.

The report, which also found soils in the area were contaminated, concluded "the predominant exposure was probably from inhalation of dioxin on particles and in vapour form, with an additional small contribution from ingestion of home-grown 'exposed' fruit and vegetables".

Due to toxicity concerns, residents who lived within 1.2 kilometres of the site during the period are entitled to an annual medical, paid for by the Ministry of Health.

Snowden said doctors had not been given a criteria for testing for dioxin. The medicals were for normal check-ups only.

"And that's the shame of it. We don't get tested [for dioxins]. There's nothing happening, so if you've got any other health issues how do you relate that to dioxin?"