OPINION: Over the weekend, RNZ News reporter Ian Telfer's Insight story, New Zealand's Most Poisoned Places, reminded Kiwis - again - that they live not in The Islands of the Blessed, but just another land left ransacked. 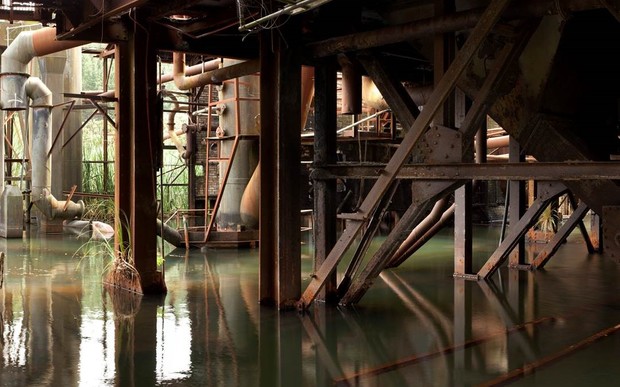 The Ministry for the Environment estimates there could be 8000 places round the country so polluted that they threaten human health - 1500 of them deemed "high risk".

The Prohibition gold mine at Waiuta, on the South Island's West Coast. Photo: Suplied / DOC

Places like the Prohibition gold mine at Waiuta, north of Greymouth, the country's most toxic relic now that the Fruitgrower Chemical Company's pesticide dump at Mapua has been exhumed and carted away.

In the early 1900s, the Blackwater Mining Company operated an underground gold mine at Waiuta, which released so much arsenic into the atmosphere it killed off all the surrounding vegetation. 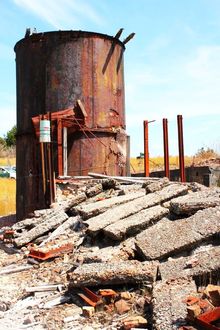 The Prohibition mine released arsenic into the atmostphere. Photo: Suplied / DOC

Arsenic crystals formed on washing hanging on clotheslines in the township. The roasting plant produced about 12 tonnes of the acute poison each year, which the company sold as a by-product.

In 1987, when the Department of Conservation inherited the mine site, it had no idea that its waters held arsenic levels 5000 times higher than the New Zealand drinking-water standard, nor that it was about to be saddled with a cleanup bill estimated at $3 million (including the nearby Alexander Mine).

That is a bargain, compared to the $22.5m it cost to remediate the Tui mine in 2008, or the $8m bill to rid Mapua of organochlorine pesticide residues. Another plan, to extract an estimated 40,000 cubic metres of dioxin-sodden sludge from the Kopeopeo Canal, near Whakatane - used as an open drain by an adjacent timber treatment plant for half a century - will cost $10.2m. The Ministry for the Environment reckons it will need billions more to clean up all New Zealand's polluted plots.

The bill to return our waterways to health could run to $7 billion. 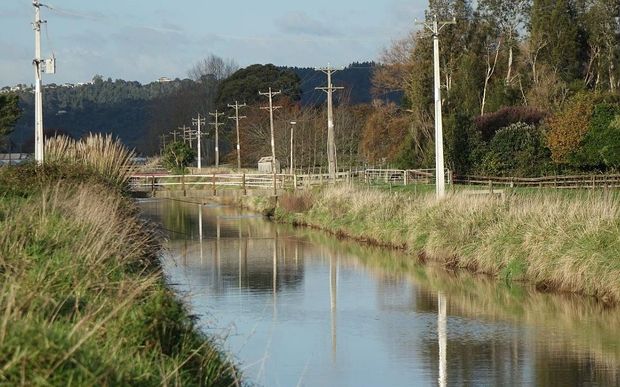 Who pays for these environmental crimes? You do.

New Zealand, like too many industrialised countries, has a long and shameful tradition of letting business trash the environment, then bolt with the profits. And we are still doing it.

In 2009, Environment Bay of Plenty gave Tasman Pulp and Paper Mill in Kawerau permission to keep discharging effluent - including some 30 tonnes of platinum cobalt a day, according to the Green Party - into the Tarawera River for a further 25 years. Commissioners considered that the harm to the river was outweighed by the "social and economic benefits" the mill provided.

Perversely, pollution regulation in New Zealand is unconcerned with harm. There is a notion that, so long as the paperwork is straight, the environment stands protected. 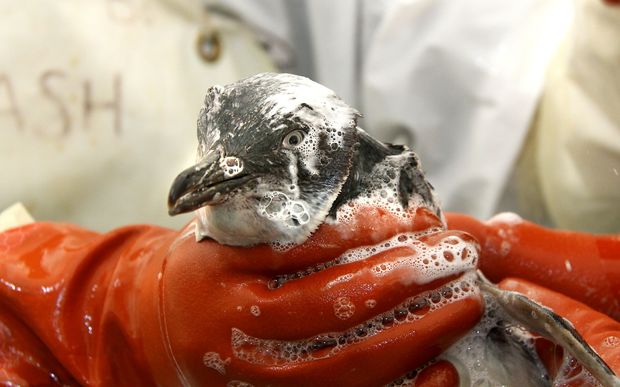 A penguin is cleaned up after it was coated in oil following the stranding of the Rena. Photo: Supplied

In 2015, the owners of former container ship the Rena were granted permission to leave its rusting hulk on Astrolabe Reef, off Tauranga.

In effect, it could be argued a "bond" of $6.3m bought the owners consents to dump the ship, and allow it to "discharge" any remaining contaminants into the sea.

Until New Zealand adopts a truly just jurisdiction, under which polluters pay the full and real cost of the environmental harm they do, such Byzantine instruments will not protect your air, your soil, your water, your health. Market mechanisms, timid cost recovery, and voluntary initiatives merely blunt the cost of environmental responsibility to business.

If a private company wants to use our collective assets - our common resources - it should have to pay us through resource rentals. If it means to sully those assets, it must pay to have them restored before they are returned to the commons.

Then, business might finally come to regard nature as cost, rather than a rort.

* Dave Hansford is a freelance science and environment writer and blogger.