A Hamilton MP says the government must do more for a family whose two young sons were killed in a truck crash. 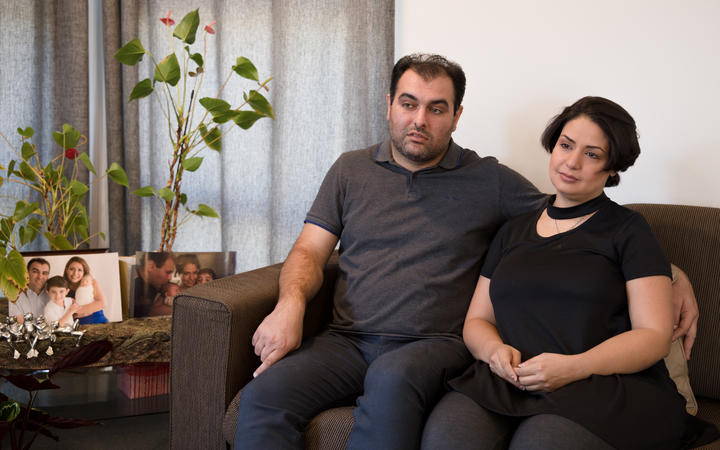 The grieving family had to petition WorkSafe to start an inquiry, which only began more than nine months after the March 2018 crash when a truck rear-ended the family-of-four's car on Desert Road.

Only WorkSafe could investigate the crash under health and safety laws, but it left the investigation up to the police whether to prosecute under road transport laws.

The family's local MP, National's David Bennett of Hamilton East, helped them take their case to the Justice Minister Andrew Little in June 2019.

"That's the tragedy of it, that's how they've been let down by the system, because they shouldn't of had to go through all that trouble to get that kind of consideration by WorkSafe," Bennett said.

"It took too long, they had to petition to get it done, they were definitely let down by the system."

Bennett praised Little's handling of the case, but it was to no avail.

"He agreed, he said he was not happy with it either."

The then Workplace Safety Minister Iain Lees-Galloway said the case did not meet the evidentiary threshold to prosecute the truck company.

In January this year, WorkSafe once more declined to prosecute.

Bennett said the agency needed to learn from the case, and Little, the newly appointed Workplace Safety minister, had to make that happen.

Both WorkSafe management and its board say the investigation was fully professional and the timing of it had no impact.

The family said the investigation WorkSafe eventually did was too narrow, but even so had raised plenty of red flags that needed - but did not appear to get according to the publicly available information - further investigation.

"You'd expect WorkSafe to be continuously trying to improve their systems and structures to make sure they meet the requirements that they're there to do," Bennett said.

"That would be the responsibility of the minister to put pressure on them to make sure they actually deliver."

The driver of the truck that hit the car, John Barber, was suspended straight after the crash, and NZTA told RNZ he then had his heavy vehicle licence disqualified for eight years in September 2019, till 2027, after he was convicted in February 2019 on eight charges laid by police.

Two months later WorkSafe told the family it would not prosecute his employer, Dynes Transport.

It had pleaded guilty to two counts laid by police of allowing a vehicle to be used with a logbook "was false in a material particular".

The Transport Agency reviewed Dynes' compliance history, "with a particular focus on driver offending and work time", it said in a statement to RNZ on Monday.

"The review found no significant issues and that Dynes had an acceptable level of overall compliance.

"Logbook and work-time breaches detected by police through roadside enforcement showed a very low offending rate over the two-year period that was reviewed."

The agency, which allowed its regulatory arm to become severely weakened over a period of years, prompting a series of reviews last year, has come under fire for its handling of truck companies.

Newly-appointed Workplace Safety Minister Andrew Little told Morning Report: "WorkSafe has done their job, it's difficult in a situation like this with a road traffic incident... The police take the lead in the initial investigation, and where there is a fatality, you want them ... they prosecuted one of the drivers and the company for criminal breaches.

"Then WorkSafe took over."

"The Health and Safety at Work Act already provides a requirement that where there is more than one agency involved, WorkSafe has to gauge when it gets involved, particularly when it comes to mounting a prosecution. I'm not sure they acted wrongly, even though it took them a while before they mounted their investigation."

Little said internal guidance to WorkSafe was because they had 12 months to prosecute, they took eight months for an investigation and four months for considering prosecution.

However, they could apply for an extension for time to decide to prosecute, and the bar for getting an extension was "reasonably low", he said.

Little said he could not get involved. 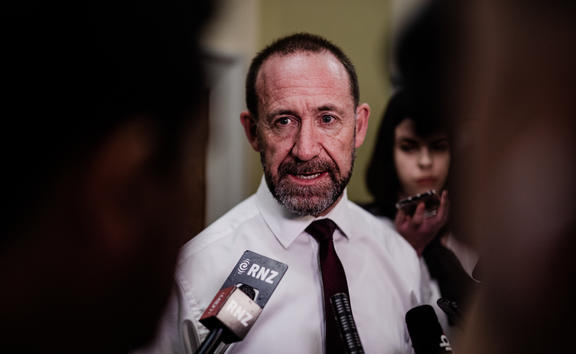 "Here's the thing about prosecutions and prosecutorial agencies. We don't allow politicians to dictate or determine or influence what prosecutions are taken. I can not do that, I'm not going to do that. I've asked for information from WorkSafe about this matter.

"I think the point that relates to the coroner's finding, the coroner considered there had been a breach of the law and had sent that back to WorkSafe and had then used his powers as the coroner to reopen the period of time for which prosecutions could take place.

"What I am a little concerned about is I would have thought at that point WorkSafe might have referred that to, for example, Crown law or a Crown solicitor for an external review about whether or not a prosecution could be mounted.

"They don't appear to have done that."

Little said that in a recent briefing he put to WorkSafe what "I consider a growing public perception that they are not doing enough".

"We had a discussion about that, they raised issues about the solicitor-general's guidelines, resourcing, all that sorts of things. I, while I am in this role, I would like to work with WorkSafe to see what more can be done to step up that sense of public opinion that they are taking the cases - and even the hard cases where it's a 50-50 call about whether the prosecution will succeed.

"I come from the view that sometimes there are matters that are so important ... that even if there is a 50-50 chance you still take a prosecution to send a signal that people who do harm are going to be called to account."