Doubt is being cast on whether the government's $50 million reforms to stop the exploitation of migrant workers will do enough. 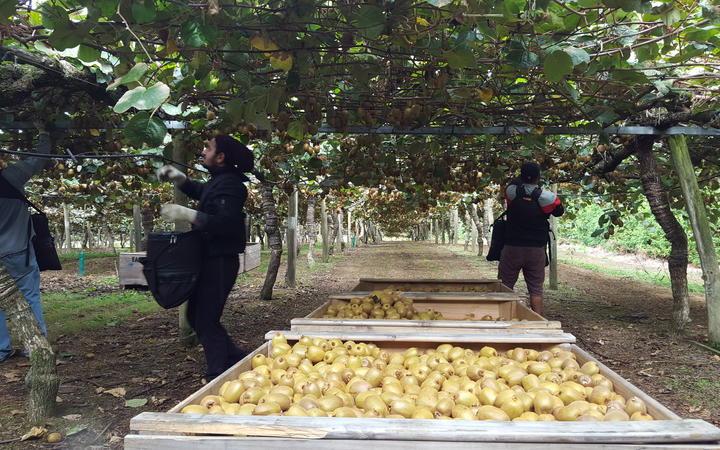 Under the plans, there will be a new visa, more investigators and harsher penalties for those who are caught.

Those who work with migrants say the new visas must be simple to get and anyone who breaks the law must serve jail time.

Yesterday Joseph Auga Matamata was sentenced to 11 years in prison for human trafficking and slavery.

Exploitation of migrant workers across New Zealand is rampant, according to advocate Nathan Santesso.

He said migrants are often and easily abused because of how vulnerable they are in a foreign country, with little money and no support network.

But the biggest issue facing them is their immigration situation with their visas linked to their one employer.

"If they raise concerns, that employer could end that employment, and basically invalidate their visa and their right to be in the country, so it's a very very stressful situation.

"Often, they're relying on the employer not just to keep them there on that visa, but to support them into residency, so they want to make it work."

The reforms announced by the government yesterday look to amend that dependence.

A new visa is to be created, which will allow migrants to leave their employer, without it negatively affecting their immigration status.

"With immigration there is a lot of discretion, so I think, with the visa, it just has to be black and white for it to be effective," Santesso said.

"[If] you're on a temporary visa, and you didn't get the minimum wage, or the minimum entitlement - you qualify for the visa."

Introducing a new visa is just one of a raft of changes aimed at tackling migrant worker exploitation.

Some measures are aimed at giving migrants the platform to speak out against their employer, such as a free phone number and an online reporting system.

Other measures look to punish those who are caught. They'll be banned from managing a company and won't be able to hire migrant workers in the future.

"The critical thing is to make sure that we have frontline personnel go out there in the field, deal with the workers who are complaining of being exploited, understand the issues there, go after the employers who are clearly doing the exploitation, and take enforcement action," he said.

Hiring more inspectors is being welcomed by the head of NZ Kiwifruit Growers (NZKGI), Nikki Johnson.

Just under 20 percent of their seasonal workers are from the Pacific Islands on the Recognised Seasonal Employer programme, and a further 25 percent are backpackers on Working Holiday visas.

She said they had been calling for more resources for some time.

"While as an industry we can do some things, we actually need the government to be able to play their part in the true enforcement section.

"We do want the government to be working as fast as they can to resolve those issues, both for the workers, obviously, but also for the other people in the industry who are affected by this."

Certain industries which are heavily reliant upon migrant workers can expect to be targeted, Little said.

That would involve franchises, labour hire companies and typical industries which recruit migrant workers as that is where the exploitation crops up most frequently.

"The government's support will encourage those who may not normally speak out."

New immigration and employment infringement offences targeting non-compliant employer behaviour is scheduled to be introduced at some point as well.

The reforms have been met with approval, for their work tackling the issues presenting migrant workers.

Johnson of NZKGI said they were supportive of the changes, and of anything which gave them better tools to deal with exploitation.

"[Exploitative behaviour] is something we have to root out and these new changes will help to do that," Jones said.

The industry had been implementing their own programme to look into eliminating the problem, he said, but the government money would help put some more teeth into such initiatives.

"The challenges are this hides away down supply chains. What we need to ensure is that we have the systems in place and also the punishments to find it out and when we find anything like this that people are prosecuted to the full extent of the law."

However, he said the changes alone would not be enough.

"My view is that we need independent third party assurance platforms that are transparent that work with MBIE officials and the inspectorates to target their resources to where we think there are exploitative behaviours."

First Union general secretary Dennis Maga, who was on the working group which discussed the proposals, said the reforms sent a clear message to exploitative employers.

That said, one area he is concerned about is the prosecutions. While they have in the past been prosecuted, it doesn't happen enough.

"We would like also to see them in jail, because what they are doing is actually human rights violations, migrant workers exploitation.

"This is something that New Zealanders should now be a part of, and therefore, we have to address that by actually bringing a stronger penalty against these employers."

The maximum penalty for such offences is a jail term of seven years and a fine of up to $100,000.

The government is drafting a bill to enact legislative reforms.

The changes will be implemented from next year, with the 0800 reporting line and new visa in place by mid-2021.