A Hastings-based Samoan chief has been found guilty of 10 charges in human trafficking and 13 charges in dealing in slaves. 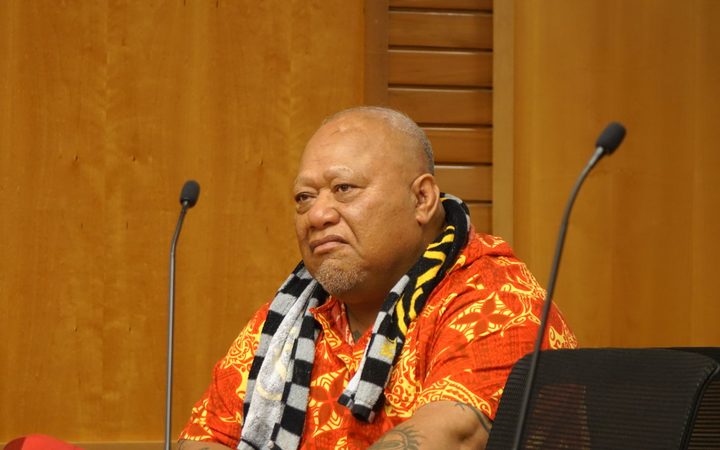 Joseph Auga Matamata, 65, was acquitted on one charge of trafficking.

The jury of five men and six women took seven-and-a-half hours to reach the verdict.

Matamata stood silent in the dock as the verdicts were read out.

His offending related to 13 Samoan nationals that he arranged to bring to New Zealand in small groups between 1994 and April last year.

All of his victims, except three teenagers who were adopted by Matamata in 2016, came to New Zealand on three-month holiday visas. Some ended up staying for years, working long hours for Matamata for no pay.

During the five-week trial at the High Court in Napier, before Justice Cull, the Crown argued Matamata used threats, violence and strict rules to control the complainants. The defence said there was no pattern of such behaviour and the evidence against the accused did not stack up.

But upon arrival, they worked long hours - sometimes 14 hours a day in the fields, for seven days a week - and did not get paid. After work they had to complete chores at Matamata's home late into the evening and were subject to regular beatings if his strict rules - including not being about to speak to their families in Samoa or leave his Hastings home without permission - were not adhered to.

In his closing address on Monday, Matamata's lawyer Roger Philip said there was no pattern of behaviour to suggest the complainants allegations were true.

"If he was a slave master, as suggested by the prosecutor, why would it be that these men be allowed to go and play rugby, attend sport, go and share meals with other guests who came to the house, walk the streets, buy alcohol, take a vehicle to work without Mr Matamata."

His client denied allegations of physical abuse and he said the complainants motivation appeared to be about money, Philip told the court.

Giving evidence during the trial Matamata said he brought the groups of people to New Zealand as favours to relatives in Samoa, for a holiday. One group came to perform for his mother's 80th birthday, he told the court.

It was later revealed under cross-examination that the men's holiday visas would expire a month before her 86th birthday.

"Oh well, I just go on what she told me," Matamata replied.

The Crown said it made no sense that Matamata would spend thousands of dollars on flights, visas and passports for them to only come for a few months.

"You were quite happy to spend this money because they were going to earn quite a lot more," Clayton Walker told Matamata.

"No sir, I disagree," Matamata replied.

Philip urged the jury to consider all the evidence before them, including the fact his client never discussed money with any of the complainants in Samoa.

"Trafficking and slavery are not both sides of the same coin," he said.

He also questioned why people from the same villages kept arriving from Samoa to stay with Matamata and his family over the years.

"If Mr Matamata treated people badly ... surely in a small community that information would spread."

Philip said his client was "extremely disappointed" in the verdict.

"He will now take some time to consider his options."

Summing up the case on Monday, Justice Cull told the jury the "essential ingredient" in the slavery charge is whether the accused used each complainant as his property.

"Slavery should be understood as the ability of one person to control another as they would a possession, a property, or a thing ... as a chattel.

"Ownership implies a background relationship of control, so the link between ownership and slavery is control. Where slavery is concerned, this control is tantamount," she told the jury.

Immigration New Zealand said today's guilty verdicts demonstrated that this kind of behaviour by employers would not be tolerated.

Spokesperson Stephen Vaughan said the verdicts were a great result.

"Today's verdict is the result of a long and thorough joint investigation by INZ and the New Zealand Police, with help from other government agencies and the Samoan authorities.

"I would also like to thank the victims for their bravery during this protracted investigation and trial. This has been a very difficult time for the victims involved who have all been informed of the result."

Matamata has been remanded in custody until sentencing on 6 May.