A man giving evidence in the country's first slavery and human trafficking trial has described being paid $20 a week for working 16 hour days, six days a week. 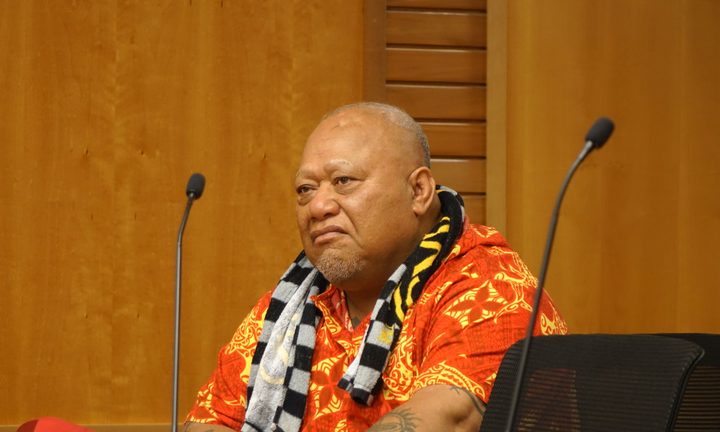 He is one of 13 complainants to give evidence in the High Court at Napier, in the trial of Joseph Auga Matamata, 65, who denies 24 charges of human trafficking and slavery.

The man, who came to New Zealand in 2003 after being recruited by Matamata, said he and other workers got the $20 as pocket money, but never received any other wages.

He woke at 4am to prepare for starting work picking apples or asparagus at 6am, and worked without a break until 10pm, he said.

Joseph Matamata would work alongside them and also supervise their work and they would "get scolded" if the work was not done properly, he said.

He described being '"scared" by Matamata, who he called Auga.

"I might get beaten if not working properly," he said through a translator.

He described another worker being covered in bruises after a beating by Matamata because he worked too slowly.

He also told the court he had to cook and clean Matamata's house, where he also lived, and was not allowed to leave his property when he was not working.

Under cross examination by defence lawyer William Hawkins he denied being sent to New Zealand as a "reward" for helping to work in Joseph Matamata's mother's plantation in Samoa, saying he was going in the belief he would be working in a well paid job for three months.

The aunt of two Samoan teenagers, who Matamata allegedly kept as slaves said he threatened to kill her nephew when he ran away to her house.

The boy was 17 years old when he was brought to New Zealand for work by Matamata in 1994.

Now aged 43, the man finished giving evidence this morning as the trial heads into its second week at the High Court in Napier.

The boy's aunt told the court that her nephew ran away to her house, also in Hastings, in 1996.

"I asked him why and [he] said he was tired of being a slave ... and tired of Auga treating him like a slave."

The next day while she was at church Joseph Matamata came to her house, she said.

When she got home, Matamata called the police who turned up and asked the boy where he wanted to live, she told the court.

When the boy said he wanted to stay with his aunt, Matamata threatened to kill the boy, she said speaking though an interpreter.

Last week, the court heard from the boy's sister who was 15 years old when she was brought to New Zealand by Joseph Matamata.

She came on the understanding she would attend school, but ended up cooking and cleaning and looking after Matamata's children at his house, where she was locked in the compound every day.

The court was told how she also ran away to Auckland after several beatings from Matamata, who then tracked her down and brought her back to Hastings in a car with her hands and wrists tied.

She later escaped again and fled to a friend's place, who helped her return to Samoa.