The Pursuit of Wellness is a five-part series looking at all aspects of the concept of wellness.

With so much advice out there, how can modern parents be sure they're doing a good job? Lucy Corry talks to the experts. 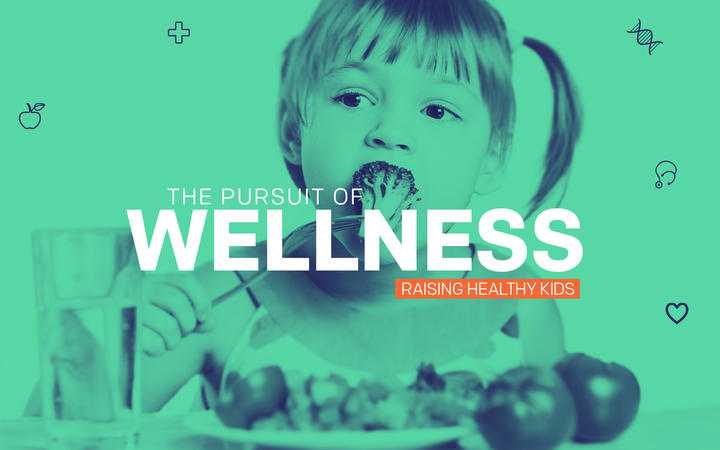 Type 'how to raise healthy children' into Google and it returns more than 286 million results. The advice ranges from helpful to hectoring, with every possible variation in between. What's a time-poor modern parent to do?

For Johnsonville father of two Martin Švehla, parenting feels like a minefield. He worries "all the time" about being a good dad to daughters Daisy and Lulu, aged 10 and seven.

"It's everything - making sure they're not getting too much screen time, that they're eating the right things, that they're getting enough independence but at the same time not being exposed to too much risk… I'm not sure how it was for my parents but my childhood felt a lot simpler."

Švehla, 46, has fond memories of his own liberal upbringing in Southland, where he was treated like an equal by his parents and given plenty of opportunity to self-regulate.

"I really appreciated that and I want my kids to have the same freedom," he says.

Even so, he wishes his daughters would be on the same page when it comes to the dinner table: "one of them likes cooked carrots, the other one will only eat raw ones. Cooking for them can feel like a thankless task."

"Parents worry about children getting enough nutrients and will often 'give in' because they would prefer their child to eat something rather than nothing."

Conlon says children need to 'learn' to eat well so they receive key nutrients for growth and brain development, such as iron. That means fewer processed foods and more vegetables, including green leafy ones.

This will be cold comfort to parents of older fussy eaters, but Conlon says the key is establishing good habits early.

"Parents should decide what a child eats and where, and then the child should decide how much they will eat. Getting children to sit and eat is a good habit even if it's just sitting on the floor for a snack. Family mealtimes are great for role modelling but a family mealtime can just be one parent sitting with their child."

Even if dinner time isn't a struggle, many parents worry that their kids aren't physically active beyond walking from the sofa to the fridge.

"We want kids to be active because they love it," she says.

"Exercise isn't just one thing and we need to move away from this idea of kids being 'sporty' or 'non-sporty'. We want them to have experiences that bring them enjoyment. That means what's important could be less about the actual activity and more about what else is involved - being with friends and family, exploring new places, or just having a laugh and feeling happy."

If your child's idea of activity is shifting position on the sofa while glued to a device, Laurie says you can still encourage them to get physical.

"Ask yourself, 'what are the things my kids might like to be involved in?' If they're into watching YouTube and playing Fortnite, find out what it is about doing those things that interests them. Look at it from the kids' perspective."

Even small children can be encouraged to up their activity level: "If you've got a three or four-year-old, you can make even fairly mundane activities into games - get them excited about a game called 'how fast can we tidy up the house'."

When it comes to organised sport and lessons, Laurie recommends a relaxed approach.

"As a parent, it's easy to fall into the trap of thinking that your kids need all these classes because you don't want them to miss out. It's better to let them try lots of different sports and activities over the younger years than focusing on one activity too soon. Lots of top sportspeople didn't take up their chosen sport until they were in their late teens. If the kids are really into it, then that's great. But putting pressure on them will only put them off."

She says it's far better to play the long game: "Ask yourself, 'is this going to motivate them to be active when they're 40 and 50?' We need to reinforce the message that being active is normal and enjoyable, and it makes you feel good."

Feelings - good or bad - can be another source of angst for parents, who worry that they're not doing enough to mitigate tensions caused by school, social media and other childhood stressors.

Clinical psychologist Giselle Bahr says parents need to resist the in-built urge to 'make it go away' when their children are upset or anxious.

"Sometimes that's appropriate, but over time if you're always trying to fix their feelings they think feelings are scary. Kids get less opportunity to practice experiencing feelings."

Bahr says how we talk about our feelings has changed. Previously, we didn't acknowledge them at all, but now they're "very present".

"People become aware that their child is angry/sad/scared, and rather than being prepared to just sit with those feelings they go straight to 'I need to help my children get rid of this feeling'. What we actually need to do is not be frightened of people's thoughts and feelings."

She suggests parents "take a breath" before wading in: "Just notice when you have that urge to fix a child's feelings. It's not that you don't ever step in - there are times when your child will want you to - but you need to help your child develop a good relationship with their own thoughts and feelings. Hear what your child says without if-ing and but-ing. If that's all our children hear then they think 'it's not ok for my mind to be thinking like this'."

So where does all this expert guidance leave an ordinary dad like Martin Švehla? Well, it turns out he's got some advice of his own: "When I was a kid, my mum had all the parenting books. I don't think my dad ever read them and he was probably the better parent.

"I think the best thing you can do is give as much time as you can to the child, because that's priceless. Be disciplined with yourself and put your phone down. Put yourself in your kid's shoes and remember what it was like to be them. And don't be too hard on yourself. Parenting shouldn't be a battle."

We hope you enjoyed this article. For more on wellness, please check out Healthy or Hoax - a new podcast where host Stacey Morrison puts her body on the line to find out whether new health trends are actually good for us. Subscribe to Healthy or Hoax for free on Apple Podcasts, Google Podcasts, Spotify, iHeart Radio or wherever you listen to your podcasts.