The only advice parents will ever need

The only advice parents will ever need goes like this: you don't have to be perfect, you just have to be present.

This is the uncomplicated conclusion doctors Tina Payne Bryson and Daniel J. Siegel have reached after looking at the science of raising children.

They share these findings in their book, The Power of Showing Up How Parental Presence Shapes Who Our Kids Become and How Their Brains Get Wired. 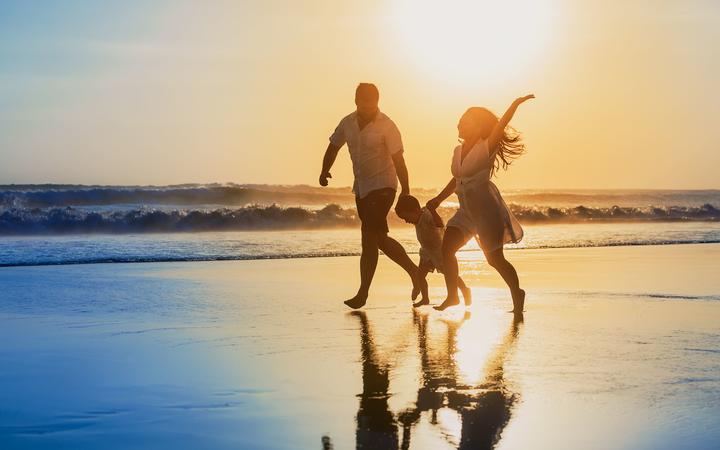 “When we talk about providing secure attachment, it's really about a mammal instinct. All of us as mammals need secure attachment figures, we need at least one person who will protect us and who will show up for us when we are in need.”

She suggests parents focus on the Four S

“How do we help our kids be securely attached to us to us? By providing them with the four 'S's which are safe, seen, soothed and secure.”

Do these four things and you will set your children up for life, she says.

“We have this thing that people call helicopter parenting, or hyper-parenting or over-parenting.

“And the research says no, you don't have to do all of that, what your kids really need most from you is to show up for them - to be present.”

Being reliably present in a child’s life has a profound effect on them, she says.

“The kinds of experiences we provide our children don't just influence their minds, behaviour or their character, but their actual physical architecture so these neurons when they fire, they wire together.

“When you are reading a book with your child and you say, ‘hey look at that little bear’s face, how do you think that bear’s feeling?’ And your little three-year-old says ‘sad’ you say ‘that's right, that bear looks sad.’

“So that's an experience, just a one moment, but really what you've done is started exercising emotional intelligence and empathy.”

Children who have a secure attachment with at least one person have a better-developed prefrontal cortex, she says.

“That's the part of the brain that also gives rise to executive function and problem solving. So, all the social and emotional development stuff is there, but so is all the stuff that leads to better achievement as well.”

Attachment is a mammal drive, she says, and a reliable attachment figure will make a child feel safe, seen, soothed and secure.

This does not mean bubble-wrapping your kids, she says.

“Safety is really about two things, one is protecting our children from harm that comes as pretty instinctual for most of us. But the second piece of that is not being the source of harm.”

Harm could be a heated argument between partners that distresses the child, she says. However, this can be fixed with what she calls “repair”.

“When we make it right with our children and repair, not only is it not damaging to the relationship, but it builds resilience in our kids, because then they have an experience where they go, gosh, relationships are messy. And sometimes there's conflict in relationships, but we work through it, and I can count on my parents to make things right with me.”

Safe is not about protecting children from every bad thing that happens, but rather saying “I've got your back,” she says.

“It's about looking with more than just our eyes. It's really about tuning in to their internal experience.

“In the book, we use a term called mindsight, which is the ability to really see someone else's mind.”

So, if a child is having a tantrum, it’s about tuning in, she says.

“It's not about being permissive and not having boundaries. It's about looking at what their experience is and really tuning into what our child might be feeling or thinking at the time.”

This is not the same as coddling, she says.

“The research is very clear we cannot spoil or coddle our children by giving them too much attention, love, affection or soothing.”

And this stands them in good stead in later life as they know how to calm themselves on their own.

This is a consequence of the child knowing they’re safe, seen and soothed, she says.

“My brain has now been wired to securely to know that if I have a need, someone's going to see it and show up for me.

What happens then is two other big outcomes … they start expecting the other people in their life to show up for them, which means they choose friends and partners and later in romantic relationships that show up for them."

They also learn to do the same for others, Dr Payne Bryson says.

The good news with this approach is history is not destiny, she says.

“It is never too late once we begin helping the other person in the relationship, our child or whoever else, feel more safe, seen and soothed by us, their brain, our brain and the relationship start changing right away.”