How 'toxic parenting' is failing children

A pandemic of "toxic parenting", where overprotective parents hover over their offspring, has been leading to unprecedented anxiety among young adults, an Australian educator says.

John Marsden, who is a principal and acclaimed author of more than 40 books for teenagers and children, calls his latest book, The Art of Growing Up, a parenting manifesto drawing on his decades of working with and writing for young people.

“There's a major shift in the last 10 to 20 years, it's happened very quickly. And one of the manifestations of that is the growth in anxiety among children and teenagers, and they often take the form of panic attacks, which are really quite disabling and become a serious concern for educators,” Marsden told Kathryn Ryan. 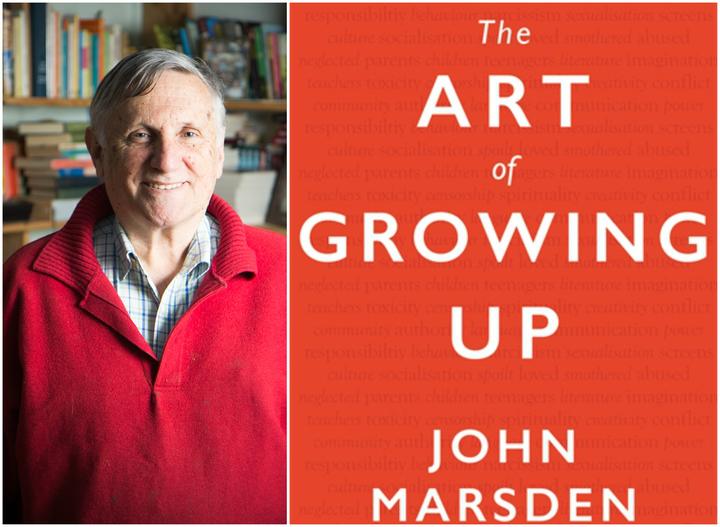 “We are well aware that these teenagers are just a few years away from leaving school and entering the adult world, and we worry about the likelihood of them succeeding in that world.”

Toxic parenting, including parents who adopt a “helicopter” and “curler” approach to raising their child, is when the child is limited in their “landscape” of experiences and leads to them acting out, misbehaving or not learning coping mechanisms, Marsden says.

“And it's not surprising that they’re not gaining much or learning much because there's not a lot of experiences available to them from that narrow range of landscape.

“The idea of a child, might cop a bruise, or a graze, or a scratch, seems to be so abhorrent to many parents now that they will do anything to protect the child from that.

“But in protecting them from physical damage, then they risk causing all kinds of other damage that the child's emotional intelligence, for example, doesn't develop, their social awareness doesn't develop, their ability to look after themselves, the development of inner strength and confidence and resilience and initiative.”

However, as the founder and principal of two schools in Victoria, Marsden says his schools do the opposite. For example, they allow children to explore nature, and ride on bikes and skateboards.

And while children might get a bruise or scratch, and occasionally some minor broken bones, Marsden says it’s not the end of the world when it does happen.

“People do recover from those and like they say to every scar there’s a story and sometimes those stories are horrifying and awful, but sometimes they speak of adventure and good, courageous, spirited approach to life.”

When he set up a high school, some students from his other first school joined – who adjusted with ease – but students who came from other places showed signs of being overly reliant on their parents, he says.

“And I'm talking about 15 and 16 year olds, whose only strategy was to ring their mother or father and asked them, begged them, to come and get them from school and take them home.

“I'm talking about 10, 20, 30, scores of kids who would break down under the slightest provocation, they seem to have no coping strategies at all.”

But there’s several ways for parents to change or prevent this from happening and Marsden suggests differentiating between loving their own children and being in love with them.

“These kind of people, who believe that children are pure and innocent and angelic and sweet, that's a sentimentalisation of childhood which has become very strong in the last 50 years. And which is ignoring the true nature of childhood, because children are … capable of a whole range behaviours.”

Another risk factor that’s adding to toxic parenting, he says, is that some parents don’t tell their child "no”. In his book he uses examples of parents who adhere to their child’s every wish.

In one case a child woke the parents up at 4.30am to ask if it was their birthday yet. The parents got up there and then, took out the cake and presents to celebrate, instead of saying no or later. In another case, a child always refused to be strapped in the baby car seat and would throw a tantrum about it for 15 minutes until the parent forcibly did so.

“I said, Well, why don't you do that from the start? Because if the 15 minutes of negotiation and cajoling and pleading and begging, aren’t working then you're wasting your time.”

He says the damage in not pointing out misbehaviour, or not setting the boundaries, and correcting children, and requiring a response to transgressions will mean they may face problems in adulthood.

“If you have parents pandering to your every whim and serving you hand and foot while you're growing up, what happens when you get into a relationship at the age of 25, 30, 40, whatever, and your partner does not actually want to play that role? Or even worse, what happens if your partner has had the same kind of upbringing and the two of you are waiting on each other to be at the beck and call of the other one?”

Marsden says parents need to realise the reality – that their child will not always get a gold pass in life and they need to be properly equipped to deal with hardships in adulthood.

“In the workplace ... there are jobs that have to be done, and some of those jobs may be boring or messy or unpleasant. But if you're brought up to be gratified at every turn, then you won't want to do those jobs.”

While he acknowledges there are individual circumstances parents face, he says he didn’t want to focus on that in his book too much as there’s already a lot praise and protection for parents.

“I really wanted to point out some of the things that are going horribly wrong. And that's not parent bashing. And my view anyway is just trying to get people to look into the mirror and start to really objectively assess whether what they're doing is effective or whether it's actually damaging.”