Tairāwhiti locals are preparing for a second storm after a deluge of weekend rain flooded a highway and sent forest slash tumbling towards beaches. 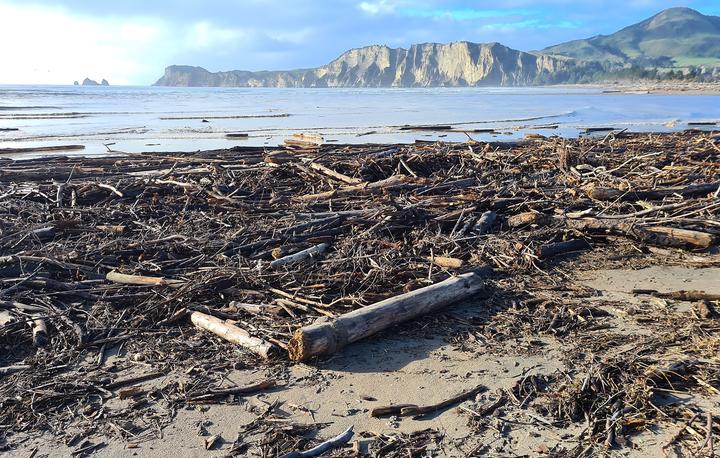 While having to deal with rising rivers, residents said their beaches were ruined by wood and they wanted action. The paddocks were turning to mud, slips covered the roads and some people were even pleading for the drought to return.

More rain is forecast for tomorrow evening after the first rainfall on Friday night.

A handful of homes were evacuated on Friday night, but residents returned soon after.

Farmers around Tolaga Bay, where it was worst, told him there was no beach because the sand could not be seen.

"They're just horrified," Reynolds said. "Even though the forest companies say they're going to clean up, that won't happen until summer, and it takes that long that the residents only get about three days of nice beach weather.

"All the machines are in there pulling wood and trying to gather everything and it just takes a long time." 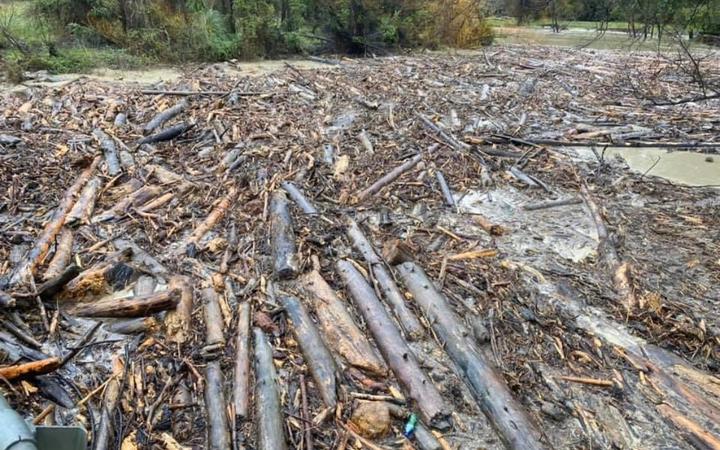 East Coast-based Labour List MP Kiri Allan said this was similar to the floods in June 2018.

"These events aren't one in 500 years, they aren't one in 100 years," Allan said. "Like I said, this is not even two years since the last major flooding event at home and it's really concerning time for all involved. Life shuts down for a period of time."

Tolaga Bay Civil Defence emergency manager Greg Shelton said if the rivers rose another metre, they would be at similar levels to 1988's Cyclone Bola.

"All the low lying areas would've been covered in not only water in but silt and logs as well, so we're only looking at another half a metre and we would've been in big trouble."

He said his team were preparing for fast rising rivers tonight and another deluge tomorrow - potentially bringing more evacuations and flooding.

He said the slash would get worse before it got better, but forestry companies were doing their part.

"It's terribly sad and I refer back to when I was a kid at school, you walk along the beach trying to find a bit of driftwood to do a project at school," Shelton said.

"Well now you walk along the beach and you can't even find the sand. So look, forestry's here, there've been a lot of mistakes made, I feel confident that they're working very very hard to put things right."

Gisborne Mayor Rehette Stolz would not comment on the slash as there were ongoing prosecutions between the district council and forestry companies, but said the council was on the ball, ready to respond if the weather gets worse.

"Even though the rain has subsided a little bit, it doesn't mean that more movement won't happen," Stolz said.

"So we are asking our community, we are ready to take on whatever comes our way but we also need your help - if you don't have to travel please don't travel."

Gisborne District Council asked all heavy trucks to restrict travel until 4pm tomorrow. It also asked motorists to stay off the roads unless "absolutely necessary".

Motorists driving north from Tolaga Bay would have to travel south to Gisborne and use State Highway 2.