The closure of Tiwai Point aluminium smelter has raised concerns over what it will mean for the thousands of tonnes of potentially toxic waste stored in the small Southland town of Mataura.

The so-called ouvea premix in the town's papermill came under threat from floodwaters in February and the uncertainty about its future is worrying those who live there.

"Be responsible. Don't just pack up and run, put on your big boy pants and clean up your mess you've left."

She was shocked at yesterday's announcement New Zealand Aluminium Smelters would wind down its operations and cease production from next August.

Like many in Mataura she was worried about what it meant for the more than 8500 tonnes of ouvea premix - a waste byproduct of aluminium production - stored in the town.

"There's a lot of angry people here in Mataura," she said.

"Every time it rains now we think 'Is there going to be another flood and what impact is that going to have on our community'. We all had to pack up and leave town at our own expense last time and that's going to happen again. They [Rio Tinto] need to come and face the community."

When wet, the ouvea premix releases ammonia gas, which is toxic to humans.

The disused papermill it is stored in came under threat during February's floods and locals think it will only be a matter of time until it happens again.

New Zealand Aluminium Smelters entered into a $4 million agreement with local councils and central government in March last year to remove the waste from Mataura and other sites around Southland over six years. 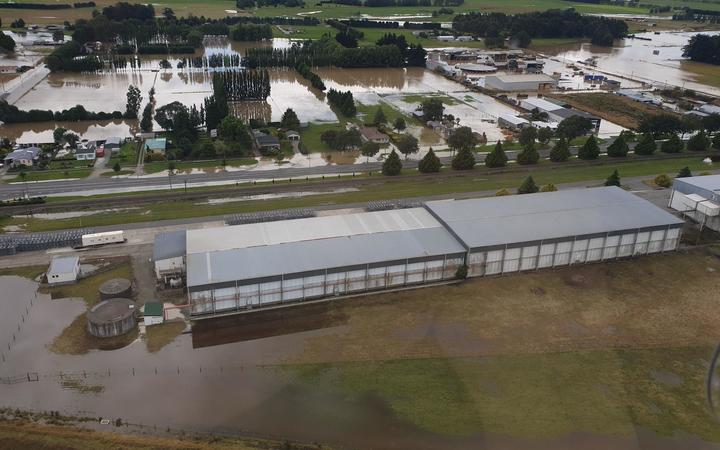 But Sort Out The Dross spokesperson Cherie Chapman said that was not fast enough - especially now the smelter would close next year.

"The environment has changed significantly [since March last year]. Now we've got them closing and we have very serious floods on the radar.

She had tried to arrange meetings with the smelter's chief executive, Stewart Hamilton, but he refused, Chapman said.

"We are a community group that has to have a voice in this, because that waste is still sitting in sheds both in Invercargill and Mataura.

"We had two flood warnings last week in two parts of the Mataura River and the community again got really anxious."

The community did not have a lot of faith in Rio Tinto after the way in which the material ended up in the town and had remained since.

The smelter contracted Taha Asia Pacific to process its waste in 2011, but that company moved the ouvea premix into the papermill under the cover of night and without consent.

It then went into liquidation in 2016 owing the Gore District Council a $2m bond.

The council's chief executive, Steve Parry, reached a handshake deal with Stewart Hamilton to expedite its removal following February's floods, but that was nixed once Rio Tinto became aware of it.

But Mataura Community Board chair Alan Taylor said he expected Rio Tinto to do the right thing before they left Southland.

"Tiwai's got to meet its obligations regarding that. There's already an agreement in place and they've just got to honour that agreement."

The government had the same expectations.

"That is the expectation we have," Robertson said.

"We obviously had issues with the dross. That has now been resolved to the extent we now have a plan. But we will be working very closely to ensure they meet all of our expectations." 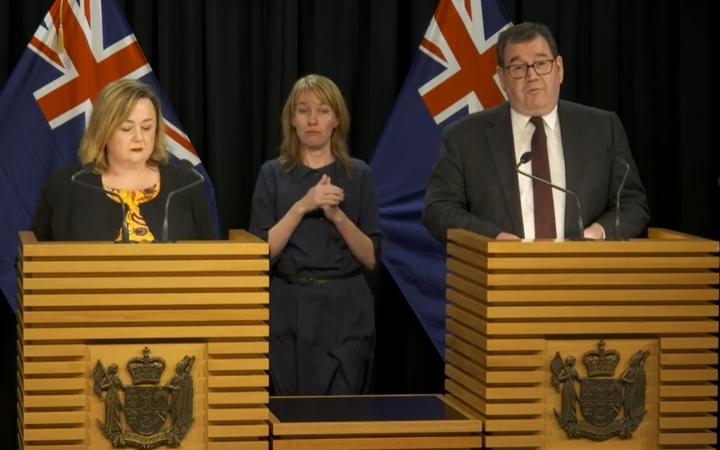 Woods added: "Approximately half of that material should be removed from Mataura by August 2021".

Environment Minister David Parker said the government would be keeping a close eye on Rio Tinto - not only in respect to the ouvea premix, but also in the clean up of the smelter site itself.

"We'll be doing everything we can to protect the public interest," he said.

"We take them at their word but we'll also be checking pretty damn carefully given how we've been let down in the past."

A spokesperson for the smelter said it remained committed to its $1.75m pledge to assist in removing the ouvea premix stored around Southland, and Inalco would continue to process it as contracted.

But the company stood by its stance that accountability for the waste's removal and disposal from Mataura was with the Gore District Council.

RNZ understands while aluminium production will cease at Tiwai Point next August, there will potentially be a presence at the site for years as its cleaned up.