Mataura is about to say goodbye to the almost 10,000 tonnes of ouvea premix stored in its former paper mill, but the potentially toxic chemical will remain in Southland.

When wet, the substance is capable of generating ammonia gas, which could be harmful to human health or the environment; floods in the region this week sparked fears the chemicals could become saturated and hazardous.

"It is a high-level and in-principle deal, so nothing is signed yet - it is based on a good old-fashioned Southland handshake," Parry said.

"But we are aligned in our views. It's just that some of the details remain to be worked through."

The council would eventually reveal where the chemical would be transferred to but not until the deal was concluded, Parry said.

However, he did confirm the chemicals would remain in the Southland region.

"This is not a product that people want on their premises, and the size of building required is about 4000sqm.

"We have identified a premises but it will need to be adapted to be watertight and fit for purpose, which will take a few weeks, but we intend to start fast-pace removal by the end of March."

About 10,000 tonnes of ouvea premix - originally dross from the Tiwai Point smelter - is stored inside the old mill.

Parry believed it would take about three months to clear the premix out of the building.

"We would like to go faster but that estimate is based on what we know about truck and labour availability, as well as health and safety issues."

Australian company Inalco Processing Ltd was last year awarded a contract to remove the substance, as well as another 12,000 tonnes at other sites in Invercargill, over six years.

That was not good enough for some members of the public this week, who criticised the council for taking too long to deal with the material.

The risks of delay had been highlighted again by this week's flooding, they said. 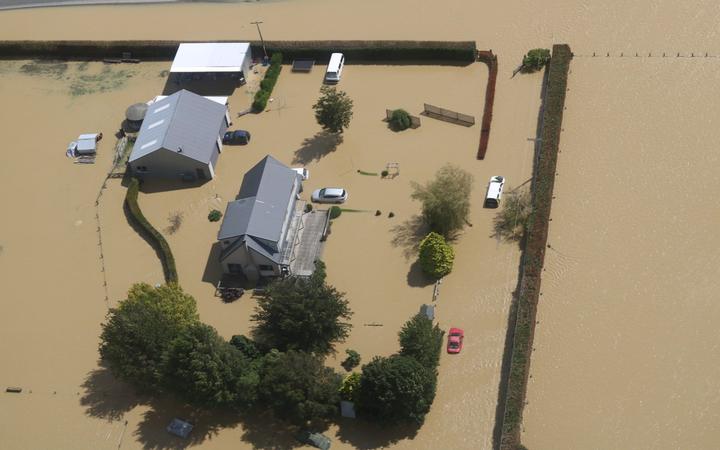 The situation has also prompted comment at the highest level, as Prime Minister Jacinda Ardern said on Thursday it was clear "there needs to be a long-term solution found for the residents of Mataura".

Yesterday, Civil Defence Minister Peeni Henare, during a visit to Mataura, said he would be briefing Ardern over concerns about the ouvea premix stored inside the old mill.

Addressing that risk would be a "high priority" for the government, he said.

"I think it's fair to say we dodged a bullet in the past few days, but it's important a long-term solution needs to be found," Henare said.

Environment Minister David Parker also told the ODT the flooding had highlighted the importance of removing the chemical from the old mill "as quickly as possible".

A Ministry official in Southland to help with talks on a solution was regularly briefing Parker.

Parry said the potential solution - if finalised - would involve all 10,000 tonnes being moved to a secure location before Inalco Processing Ltd continued with its contract. 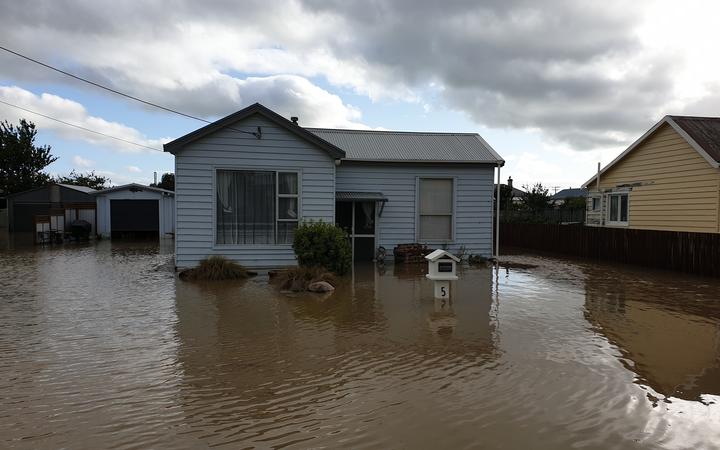 The company was processing the chemical into a new raw ingredient used in manufacturing. So far it had removed about 450 tonnes for processing and shipping overseas.

Parry said the council was "moving as fast as we can" to get the rest of the material moved, but he urged patience and understanding from the public.

Taha Asia Pacific had stored the chemical at the former mill without resource consent in 2014, and, after being granted a two-year retrospective consent, the company had gone into liquidation in 2016.

When the liquidator could find no buyers, Parry had put together a consortium to deal with the substance, resulting in the deal struck with Inalco Processing Ltd.

"Even my staunchest critic was very, very happy with that process, until you get a flood event and everyone's saying: 'You haven't done enough'. Well, we have done all we could, but it's not actually all within our control."

This story was originally published by the Otago Daily Times.