Some residents in flood-swamped areas of Southland have had emotional reunions with their four-legged friends today, after billeting them in special animal evacuation centres. 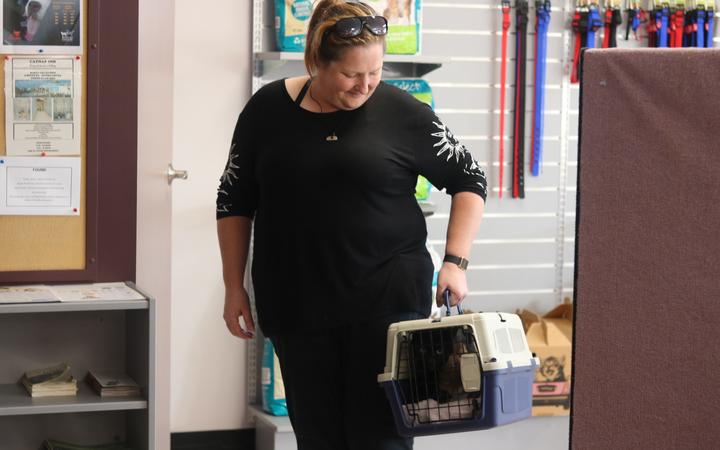 On the back streets of Edendale, the Vetco clinic became one-such modern Noah's ark - welcoming 11 moggies, 11 pooches and one budgie for two days while the town of Mataura was a no-go zone.

The clinic's executive officer Nicole Rabbidge made the public offer for free pet accommodation, and Southland Emergency Management let evacuees know about it.

"I think people were pretty relieved they had somewhere to put their animals when they were in a stressful situation," she said.

After Mataura reopened last night, Ms Rabbidge arrived to queues at the clinic door at 8am this morning.

She said her staff had worked hard to keep the animals happy, despite a lot of noise, and every single cage being occupied.

"They all had their own individual characters, I suppose. We had three big rottweiler cross dogs - they were very vocal, but they just wanted attention and they were fine. The bird didn't make much noise.. but we've got a pussy cat that's 21 years old and he was the most talkative out of all the animals."

That chatty cat belongs to Susan English and goes by the name Shamonita Miss Inquisitive, or the nickname Oprah.

While English bunked down at an evacuation centre a few streets away, her other oriental cat stayed at home in Mataura - where she found it safe and well last night.

Floodwater swamped Ms English's garage but her house narrowly escaped, meaning the oriental hasn't had to get her paws wet, and Oprah will be able to return to her favourite sunny spot on the carpet. 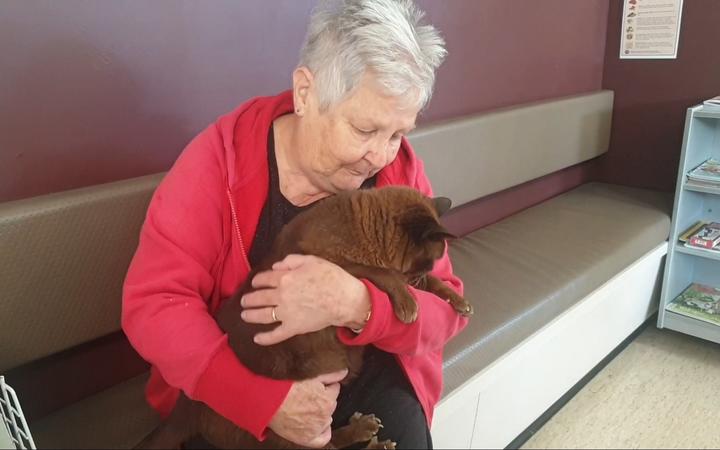 "And she's in pretty good nick really," she said.

Not everyone has been lucky enough to find their pet still at home, or have a place to keep them safe.

On the Facebook page Southland Flood Find My Pet 2020, set up less than a day ago, the missing list already includes Willow the elderly Whippet from Balclutha and Lincoln, a tiny terrier from Gore.

An animal shelter in Invercargill, Furever Homes, is also working to distribute food and kitty litter to people whose pet-care supplies have been soaked in floodwater.

Ms English's daughter Zoe Miles said if it weren't for the vet clinic in Edendale, she wasn't sure what would have happened to her two one-year-old cats.

"They're young and they're very excitable and they need to be somewhere where they're on their own. They're not really used to a lot of people. So as soon as Civil Defence gave out that Vetco Edendale were happy to take on pets for boarding we thought 'God bless them.' That was a big load off our minds."

Vetco was expecting all the remaining cats and dogs in their care to be picked up by owners by tonight.

Furever Homes is asking people to get in touch if they think they can donate food for displaced dogs, cats or rabbits, or those whose food stocks have been submerged.