The issue of what to do with 10,000 tonnes of aluminium dross stored in Mataura is causing a quandary for authorities, but just as vexing is how it came to be there. 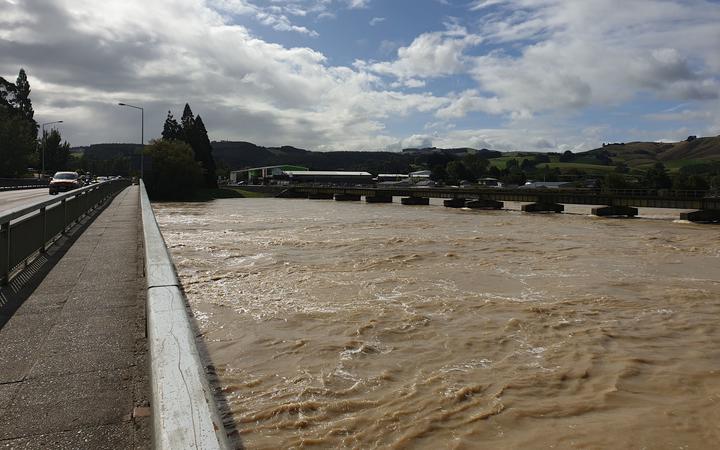 The dross came to public attention last month when flooding of the Mataura River threatened the building it is stored in with the potential of creating a toxic ammonia gas cloud.

The 2016 liquidation of Taha Asia Pacific - the company which moved the dross to Mataura - left a bad taste in the mouths of many Southlanders, but the company's corporate parent in Bahrain says the situation is just as frustrating for them.

When the dross - a waste product of aluminium production at New Zealand Aluminium Smelters' Tiwai Point facility - was moved into Mataura's disused paper mill without resource consent and under the cover of darkness, it became a lose-lose situation for Gore District Council, chief executive Steve Parry said.

"It was a hopeless situation we found ourselves in and the only thing I want to stress is at no stage did the council give its blessing. The resource consent was granted for a two-year period and then Taha had plans to develop a permanent facility in Invercargill and then it was going to be moved into that facility and that was the end of it.

"We always thought they were a serious flight risk, hence the request for a $2.3 million bond."

The council could have gone to the Environment Court, but that was unlikely to succeed.

"For those people say 'Well why didn't you march off to the Environment Court and get an enforcement order' - Yes, we could've done that but advice at the time is it was most unlikely to have been granted.

"Even if an order was procured does one really think that Taha, based on its performance we've seen over recent years, would have adhered to it and removed that dross? I don't think so."

Instead Taha had to seek a retrospective resource consent, which was granted by independent commissioners in 2015 and ordered to pay the council the $2.3m bond.

That resource consent would have lapsed in January 2018, but the company appealed the bond and went into liquidation in August 2016 with the matter still before the court and without paying a cent.

But the Gore District Council were not the only ones smarting from Taha's time in Southland.

Awarua farmer Graham Laidlaw used dross for a farm track in 2012 after Taha's then general manager told him it would be appropriate.

"Before it came onto my place I asked Taha 'has it been approved by Environment Southland?'," Laidlaw told RNZ.

"And he goes 'It's all ticked off, good as gold'. So I didn't think I had anything to worry about.

"Then it was found at Edendale, Environment Southland turned up. I had to get it tested and it came back that it was quite toxic, leaking into waterways, harmful to stock. So I took Taha to the High Court and then they went into liquidation."

Laidlaw also found himself in trouble with the law after collecting up the material and dumping at a site in Invercargill where Taha had another storage facility for the dross.

About half the material still remained on his farm, he said.

The Edendale matter referred to Laidlaw was another of Taha's missteps in Southland.

"They deposited a lot of product in a gravel pit... in Edendale," Southland Regional Council compliance manager Simon Mapp said.

"When the particular product mixed with water it gave off an ammonia gas. That affected the two guys that were working with the product at time."

Those two men were taken to hospital for treatment.

That incident led to legal action against Taha and its then general manager, Mark Egginton. 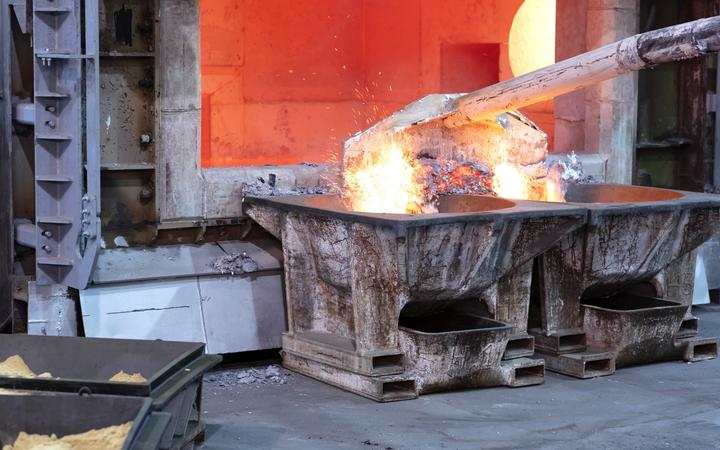 When its contractor with New Zealand Aluminium Smelters was not renewed in August 2016, the company was placed into liquidation with no income on the horizon.

Liquidators ultimately only recovered about $1.2m.

The liquidators found there was a potential legal case for the directors to answer, but the only director residing in New Zealand died in June 2016 and was never replaced - also in contravention of the law.

As a result it was deemed too costly and too risky to pursue a case against the Bahrain-based directors and no creditors were willing to finance the suit.

Its portrayal as environmental pirates was not fair and totally at odds with its aims, he said.

He pointed the finger for the company's problems in New Zealand at the general manager, Mark Egginton.

"At the time Mark was our director in New Zealand, he was the general manager of the plant down there and he enjoyed our absolute trust. Not just ours, but of our client as well," Pollman said.

"Whenever I went down there, and I went regularly, I was told what a great job he does and what an ambassador to our company he was. And I don't think what he's done out of malicious intent, he just tried to cut corners and when you try to do that kind of stuff you get into trouble."

Photo taken in November 2017 allegedly of toxic waste being stored near Ballance, Southland. Photo: Sort out the Dross facebook page

Pollman said he wanted to find a solution to dross stored in Mataura and had since discovering the material was moved into the mill without resource consent.

He had worked with the liquidators, but nothing had come to fruition.

However, he believed the product could be used as slag conditioner and he was willing to assist.

But New Zealand Aluminium Smelters had no interest in working with Taha again.

"The terms of Taha's contract was always five years and it did not have a right of renewal," a spokesperson said.

"NZAS paid Taha several million dollars every year for five years for a promised 'zero waste' solution. In this regard, Taha represented to NZAS the Ouvea would be used in other industries. Obviously, this was not delivered.

"NZAS understood Taha was progressing arrangements to use the Ouvea for a fertiliser business. However, as NZAS was not part of Taha's arrangements with third parties for this venture, NZAS did not have visibility about the nature or progress of those arrangements.

"It's not as if he [Pollman] was emerging out of the woodwork when I was trying to cobble together a deal to remove this product in early 2018," Parry said.

Last year, local councils and the government reached an agreement with the smelter to move more than 20,000 tonnes of dross from sites around Southland over six years.

However, following the floods there was a renewed desire to expedite its removal from Mataura.