Rio Tinto has announced that it will wind down New Zealand Aluminium Smelters, best known as Tiwai Point smelter. 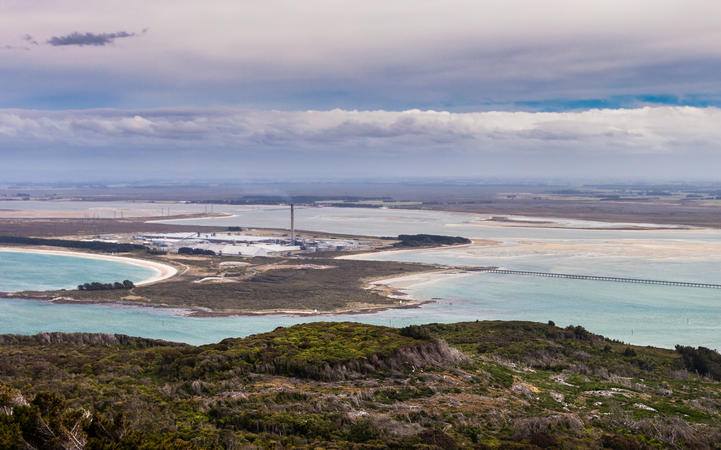 In a statement to the Australian Stock Exchange, the company said its strategic review had "shown the business is no longer viable given high energy costs and a challenging outlook for the aluminium industry."

It said it had had discussions with interested parties but could not secure a power contract that would have kept the smelter competitive and profitable.

The smelter's viability has been questioned for much of the past decade as it grappled with weak metal prices, power costs, and over capacity which has seen smelters closed around the world.

It employs about 1000 people directly and creates a further 1600 indirect jobs in Southland. The smelter is owned by Rio Tinto and Japan's Sumitomo Chemical Co.

NZ Aluminium Smelters chief executive Stu Hamilton told Morning Report they were on a path to winding down operations.

"We don't think there's a deal that can be done that will deliver competitively-priced power to the smelter which is necessary for it to be sustainable.

"We've got 1000 Southland people, good Southland people, who have been walking through our gates every day to produce some of the highest purity ... aluminium in the world and it's extremely disappointing that we couldn't have achieved an outcome that will let us continue to keep operating.

"This is very serious. Terminating the power agreement has never been done before. It means we're now on a path to winding down operations by August 2021."

Changes in electricity pricing announced by the Electricity Authority were still "too little too late", he said.

Hamilton said they would be not be making decisions on jobs until the first half of next year. He did not specify who would pay for the clean up of the site.

Rio Tinto Aluminium (RTA) chief executive Alf Barrios said the wind-down "will have a significant impact" on workers and the community.

"It is not a decision we have made lightly and without significant careful consideration."

Southland District Council mayor Gary Tong hoped there was an opportunity to look at ways of changing Rio Tinto's mind.

"It's obviously a commercial decision, there's got to be commercial viability, but is there another way of operating Tiwai?"

But the region had to to plan for what would happen in 12-14 months, he said.

"We've all got to dig deep here, work together, and reach out to the government where we can, while insulating the impact on our community."

Recently, there has been even more pressure on aluminium supplies globally with the slow down or collapse of aluminium-intensive industries like car manufacturing, aeroplane and aerospace production, due to the Covid-19 pandemic. 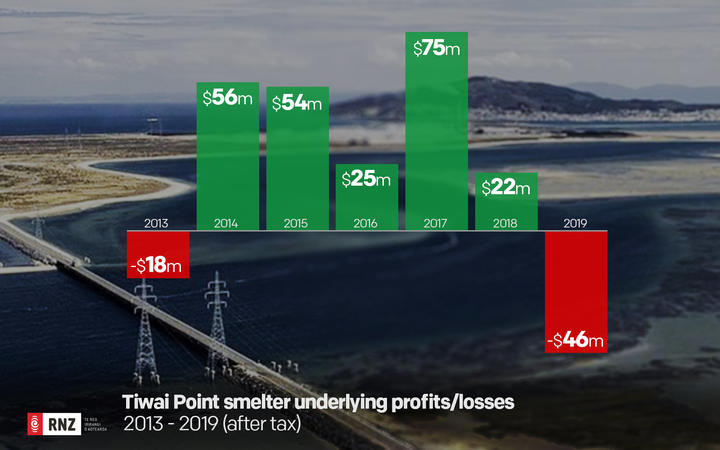 "They're a tough company to deal with, and we expected to have tough negotiations, but we never thought it would come to this. We just can't believe it.

"It's not just the jobs we're going to lose, it's the impact it will have on families, on schools, on the retail sector. It's huge... It's just devastating."

Shadbolt said there are very few options for creating something that would have jobs on the scale the smelter had.

"It looks pretty bleak at the moment, but we're a resilient community and we'll be doing everything possible to look at the options."

The smelter is New Zealand's largest power consumer, using around 12 percent of the country's electricity.

Meridian chief executive Neal Barclay said the news was disappointing for many, including the smelter workforce and Southland community.

"We have worked hard to provide solutions that we believe were of lasting value to the Smelter and acceptable to our shareholders.

"Ultimately Rio Tinto has arrived at a different conclusion and has decided to terminate their contract with us."

He said an exit had always been on the cards, and the company had planned for it.

"An exit does provide our country with a unique opportunity to accelerate decarbonisation, making way for new growth opportunities across numerous sectors."

"At this time we don't have any further information about Rio Tinto's decision but this decision does give the industry clarity on its future."

He said Meridian would work with Rio Tinto to arrange an orderly exit.

When it was placed under review last October, Meridian dubbed the possibility of closure "Smexit", a conflation of smelter and Brexit.

The smelter's other power supplier Contact Energy was also disappointed with the decision and urged Rio Tinto to reconsider.

Chief executive Mike Fuge said all commercial parties involved with the smelter had a strong desire to secure its financial viability and had delivered "significant cost reductions".

"We're very disappointed to have played our part in delivering these savings for one of the greenest smelters in the world and to have such limited engagement from Rio Tinto.

"We urge Rio Tinto to seriously consider the offer for improved electricity supply and encourage them to consider what is right for Southland, for New Zealand and for their own global environmental commitments."

Fuge said the "disorderly exit" of 13 percent of the nation's demand for electricity meant Contact would be considering the closure of the Taranaki Combined Cycle thermal power station at Stratford.

He also said the closure would likely result in an increase in transmission costs, as the costs paid for by the smelter would be spread across remaining consumers.

"The reality is that [the smelter] has subsidised transmission costs to consumers for years. Not only will those costs now fall to other customers, there will also be additional costs for the significant transmission investment from Transpower now needed to shift surplus energy from the lower South Island north to where it is needed.

"In the meantime, the surplus water currently being used to generate renewable energy in Southland will in large part end up flowing down the Clutha River."

The move would also mean Contact's planned Tauhara geothermal project would be deferred.

Fuge agreed with Meridian that the change would allow for a shift to decarbonisation.

"One silver lining is that we expect today's news to be a catalyst for users to accelerate their shift toward low-carbon electricity - however this transformation would be a slow burn and take much longer than 12 months."

The smelter company is embroiled in a dispute over some 10,000 tonnes of potentially toxic ouvea premix waste stored in a disused paper mill in Mataura.

The Environmental Defence Society has filed court proceedings against NZ Aluminium Smelters, asking the court to decide who has responsibility under the Resource Management Act.

While NZ Aluminium Smelters contracted Taha Asia Pacific to take care of the waste product in 2011, the Environmental Defence Society was arguing that contract - and Taha's subsequent liquidation - should not absolve the smelter of responsibility.

The ouvea premix - a by-product of production at Tiwai Point facility - was dumped at the mill without resource consent in 2015 by Taha Asia Pacific.

Taha went into liquidation the following year and the waste sat there until March 2018, when government and local councils agreed to a $4 million deal with New Zealand Aluminium Smelters to remove and dispose of the waste over six years.