The future of the Tiwai Point aluminium smelter is under question again as majority owner, mining giant Rio Tinto, is reviewing the plant's future. 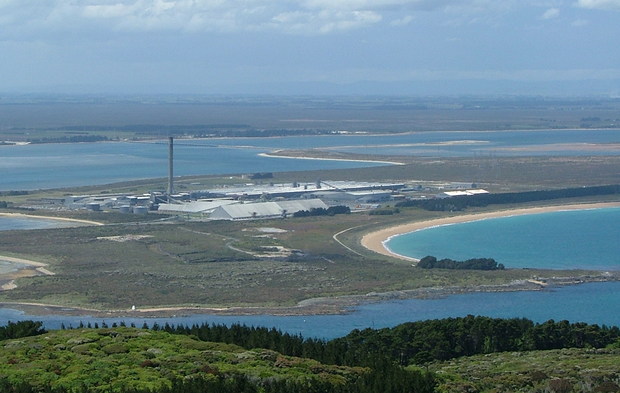 Under Rio Tinto's 2013 electricity supply agreement with Meridian Energy, it has to give notice if it intends to end the contract or reduce consumption.

In a market update, Meridian said Rio Tinto had indicated it planned to carry out a strategic review of the smelter and would have an update on the results early next year.

The electricity company's chief executive Neal Barclay said the smelter's management told him volatile international aluminium prices and high costs had proved a challenge to the economics of running the plant.

He said Meridian had offered concessions on its contract as a result.

"New Zealand Alumminium Smelters (NZAS) has advised Meridian that the changes we had offered to date on our contract fall short of the pricing for delivered energy that NZAS needs to re-establish its position as an internationally competitive aluminium smelter."

The Southland smelter has been in operation since 1971 and employs close to 1000 people.

NZAS chief executive Stew Hamilton said the company would make sure the local community was kept up to date.

"We recognise this review creates uncertainty for our employees and the many people who depend on NZAS for their livelihood.

"Rio Tinto is mindful of the importance of our operation to the local community in Southland and we will be consulting with the New Zealand and local governments, the local community, suppliers, employees and customers during this process."

Shareprices for the country's main power companies have been fallen sharply on news.

Other companies to fall steeply were Contact Energy and Mighty River Power, both down 5 percent, with a smaller fall for Genesis and TrustPower.

Meridian also has secondary agreements with the main generators for back up electricity supplies to the smelter if necessary.

The slide in the power company shareprices has pulled the broader share market down by 1.5 percent, its biggest one day fall in a month.

The smelter's viability has been questioned for much of the past decade as it grappled with weak metal prices, power costs, and over capacity which has seen smelters closed around the world.

Mr Hamilton said the company was still working to address its high energy costs, which it believes are among the highest in the world. It uses about a seventh of New Zealand's electricity, and previous talk of a shut down stoked fears the power market would be flooded with excess power, affecting future infrastructure investments.

Mr Barclay said Meridian remained open to negotiating with NZAS on its contract, which runs through until 2030.

That deal, signed in 2013, came with a $30 million grant from the then National government after the company had talked about closing down.

Aluminium prices have been weakening throughout the year and hit a three three low in the past month. Rio Tinto is not the only company taking a look at its aluminium assets, with the world's eighth largest producer Alcoa also carrying out a portfolio review.

The mining giant has an almost 80 percent stake in the smelter with Japan's Sumitomo Chemical Company holding the balance. Tiwai Point had been up for sale with a string of other plants around Australia. However, there has been no update on a possible sale for some time amid speculation that no group has been willing to pay the right price.