Job uncertainty, no access to welfare, and concerns over Covid-19 are some of the drivers behind the flood of New Zealanders abroad coming back to Aotearoa. 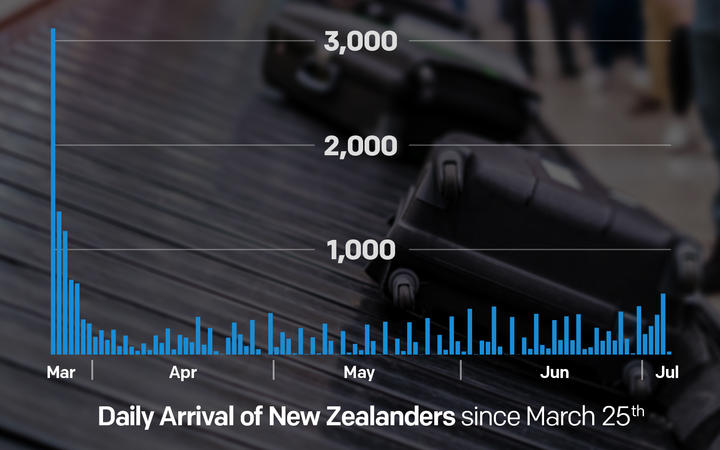 It's estimated around one million Kiwis live abroad, but since New Zealand entered the alert level 4, just over 23,000 have returned.

For some, the reason to come back was driven by the country's success at eliminating the virus, and largely resuming life without social distancing. For others, it was the lack of a safety net in their adopted countries.

Sociologist Paul Spoonley said that there would be a multiplicity of reasons, and would apply to different people.

For those who were in more precarious employment without savings or a disposable income, the push to come home could be driven by the difficulty or impossibility of accessing welfare.

"The degree of uncertainty, and the degree of discomfort that you're facing, you might as well move back to New Zealand, even if you still can't get a job here," he said.

"At least you'd have the comfort of family, and their support, and other networks."

In Australia, while some have been able to access job support, not all are able to tap into the social welfare system.

That meant many who might be employed in industries particularly affected by the outbreak could be left with no income stream.

She said the lack of welfare put them in a precarious situation.

"There really is no [other option]. The only alternative is to access their superannuation fund early, but the question is how much do they have in that?

"If they haven't resided in Australia for very long, they won't have much in that fund."

As such, many were choosing to return to New Zealand, so they could access that welfare.

How many New Zealanders are returning home?

Since that date, and despite enormous disruption to air travel, 23,424 Kiwis have made the return trip.

On top of that, data from Stats NZ shows a further 9000 people on other passports - most of them residents - have also arrived in the country.

In comparison, only 9621 New Zealanders have departed the country.

Such figures buck the usual trend of more Kiwis leaving than arriving, but in the midst of a pandemic, it's not surprising. 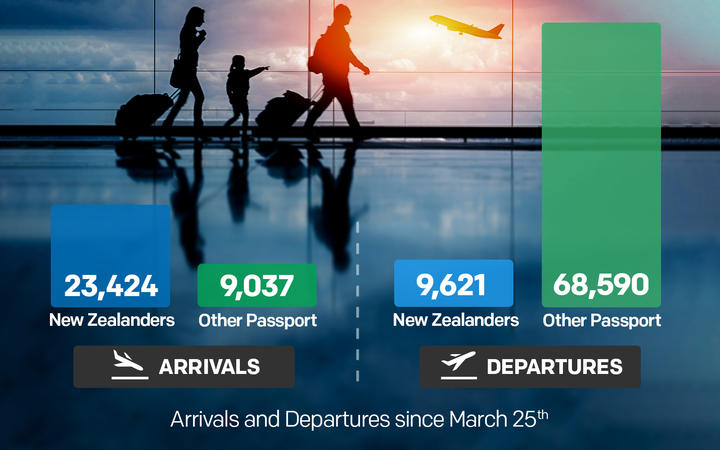 When Covid-19 took hold of Europe in late summer, and countries began to close borders and lock down, that's when Jason Blanchard and his girlfriend, then living in the UK, decided to return home.

There were several things they weighed up - both had secure jobs in Bristol, both had access to healthcare, and Jason had family in the UK.

But with any chance of seeing more of Europe now dead in the sand, their mind was made up.

"The reason we were over there was to travel," he said. "Every second weekend, me and my girlfriend were away for a long weekend, or even just a normal weekend.

"We'd go away to Galway in Ireland, or Budapest, all those different areas and cities to explore.

"When all that gets taken away, you start to question why you're even over there."

Wellington a pull all on its own

The data also showed the dramatic drop in the number of people able to arrive into the country, as a consequence of airlines dramatically reducing operations.

On more than one occasion, not a single Kiwi arrived in the country.

Despite the difficulties with travel, people continued to return, and Spoonley said for those who were more affluent, there might be other causes enticing them back.

"The fact that other countries aren't doing so well, particularly in terms of public health, and New Zealand is, is a real push factor and pull factor.

"So they're going to come back and probably do quite well when they get back to New Zealand."

Tommy's Real Estate Wellington-based sales consultant Nicki Cruikshank said she had noticed an uptick in those who were looking to buy from overseas.

Normally they expected to sell one house to a returnee every few months, but they sold 10 in June alone. On top of that, 25 percent of their website inquiries were coming from abroad - normally it was around 10 percent.

"Wellington wasn't traditionally a destination but I guess now with the majority of the jobs coming in through the government, so a lot of people are coming back to Wellington and securing a job and property here."

Beyond the pull of a city or the push of not being able to travel, Spoonley said at times of distress, the comfort of being near family and friends could be hard to match.