Some New Zealanders working in Australia will be able to access its Covid-19 job support that was announced today. 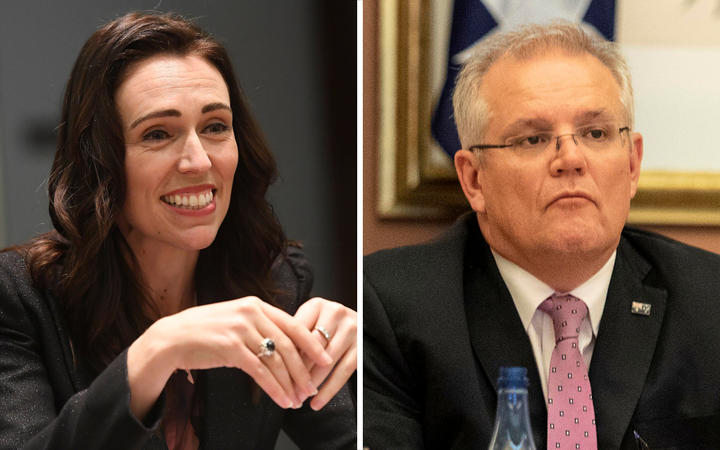 Australian Prime Minister Scott Morrison this evening announced $A130 billion in funding for a JobKeeper benefit of up to $A1500 ($NZ1533) per fortnight.

New Zealanders on the 444 special class working visa will be eligible.

Ardern said she had personally raised the matter with Morrison several times - including this morning - and was pleased he had taken action.

"New Zealanders are a core part of the Australian workforce. Many are working on the front line in essential services. Others have built their careers there and paid taxes for years, so it's really pleasing the Australia Government has agreed to provide them a wage subsidy at their time of need.

"We need to unite and look after everyone to beat Covid-19 and Prime Minister Morrison and I are in regular contact about our respective efforts to beat the virus and support our people."

Businesses will receive a fortnightly wage subsidy up to $1500 per employee as part of a Federal Government bid to prevent millions of people from losing their jobs to the coronavirus pandemic.

The subsidy is the central plank in a $130 billion economic stimulus package, the third and largest package the Australian Government has announced in response to the coronavirus.

Morrison said he expected six million Australians would access a so-called JobKeeper payment for the next six months.

He said there would be a legal obligation on employers to ensure they passed the full wage subsidy onto employees.

Morrison also announced changes to the income test for people on the JobSeeker payment, meaning their partners could earn almost $80,000 a year before they were ineligible for the payment.

Part-time workers and casuals with at least one year in their job can receive the payment, which is slated to start flowing in early May.

It will also be backdated to include anyone who has been stood down due to coronavirus. However, a person can not receive both the JobSeeker and JobKeeper payments.

Employers with an annual turnover of less than $1b that have experienced a 30 percent fall in revenue since 1 March will be eligible for the wage subsidy.

Companies with an annual turnover above $1b will have to have a 50 percent fall in revenue to be eligible for the scheme. Businesses subject to a major bank levy will be ineligible.

The situation would be more complex for anyone who had already been retrenched, Morrison warned.

"There would be the issue that if they have paid out any entitlements under [their enterprise] arrangement ... that would have to be sorted out, obviously, with the employer," he said.

"For those who continue on with the business, then they will obviously keep all of their entitlements.

"They are not paid out of those entitlements because they are actually still employed by that business."

The Australian Tax Office will oversee the payment and has already created a website for companies to register interest in the JobKeeper program.

More than 8000 businesses registered with the site within an hour of the Prime Minster and Treasurer announcing the scheme.

The Australian Government ruled out a UK-style subsidy - which involved paying up to 80 percent of a person's wage - arguing it would be inequitable and difficult to administer within Australia's social security system.

Morrison said the UK program was for people who had been stood down, whereas the Australian program was aimed at preventing people from being in that situation.

"Our wage subsidy scheme for Australia is unlike those announced by other nations," Frydenberg said.

"It's more generous than [the] New Zealand scheme, it is broader than the United Kingdom scheme, as it applies to all employees not just those that have been stood down."

The Parliament, which last Monday passed more than $84b in stimulus measures, will be recalled to pass legislation for the JobKeeper payment.

In the meantime, Mr Morrison said he would have weekly meetings with Opposition Leader Anthony Albanese.