In a statement, Walker said: "I passed to members of the media, by email, information containing Covid-19 patient details that was given to me by a source."

Walker said he did this to expose the government's shortcomings so they would be rectified.

"It was never intended that the personal details would be made public, and they have not been, either by me or the persons I forwarded them to.

"I have received legal advice that I have not committed any criminal offence."

Walker said he sincerely apologised for how he handled the information and to the individuals impacted and would be "fully cooperating with the Michael Heron QC inquiry". 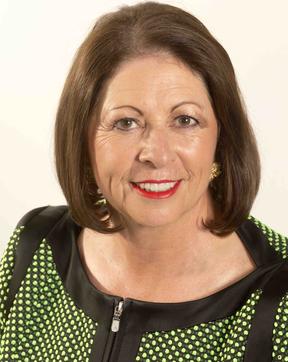 In a statement, Boag said that handing on the patient details to Walker was "a massive error of judgement on my part and I apologise to my colleagues at ARHT (Auckland Rescue Helicopter Trust) whom I have let down badly".

"I very much regret my actions and did not anticipate that Hamish would choose to send it on to some media outlets but I am grateful that the media involved have chosen not to publish the 18 names that were contained within it.

She said she had resigned from her role at the Auckland Rescue Helicopter Trust.

"I take full responsibility for my actions and have resigned as acting CEO of ARHT."

National Party leader Todd Muller has also released a statement saying Walker had informed him of his actions.

"I have expressed to Hamish my view that forwarding on this information was an error of judgement," Muller said.

"While I wait for the result of the inquiry I have transferred his Forestry, Land Information and Associate Tourism portfolio responsibilities to Ian McKelvie.

"Given this matter is the subject of an inquiry I will not be making any further public comment."

How the leak situation unfolded

The breach was reported on the morning of 4 July.

RNZ and three other media organisations were provided details including the full names, addresses, ages and quarantine locations of the 18 active Covid-19 cases at that time.

The State Services Commission had already been called in to make sure a "thorough investigation" was held.

State Services Minister Chris Hipkins said the fact the information had been given out was totally unacceptable.

Before the end of the day, Hipkins was saying the government would do everything it could to track down those responsible and was not ruling out pursuing criminal charges.

By Monday morning, 6 July, the hunt for the source was on, with the potential that the communications of everyone in the government's Covid-19 response could be trawled through.

The inquiry was set to be headed by Michael Heron QC, with three weeks to report back.

Walker last week was criticised after he released a media statement saying up to 11,000 people arriving from overseas could be destined for quarantine in the south without any consultation with the community.

The minister in charge of quarantine and isolation facilities, Megan Woods at the time said Walker's comments were disgraceful and reprehensible.

"The returning New Zealanders he is trying to whip up a public frenzy about, are citizens and permanent residents who must stay somewhere safe to ensure that Covid-19 is not spread in the community."

"People can draw their own conclusions as to why Mr Walker chose not to highlight New Zealanders returning from the US, or the UK or South Africa and chose India, Pakistan and Korea instead," Hawkins told RNZ.

"I'm not particularly concerned about where the point of origin is for our New Zealanders returning home. That should not be relevant."

National Party leader Todd Muller said: "I've spoken to Hamish, expressed my disappointment and I certainly don't condone what he has said".

Despite that, and the fact the media statement was removed from National's website, Walker would not back down, saying "this isn't racist, this is about the countries these Kiwis are coming from".