Dunedin's mayor says conversations about managed isolation and quarantine can be held in a mature fashion without "getting into an unhelpful conversation about where our citizens might be returning from". 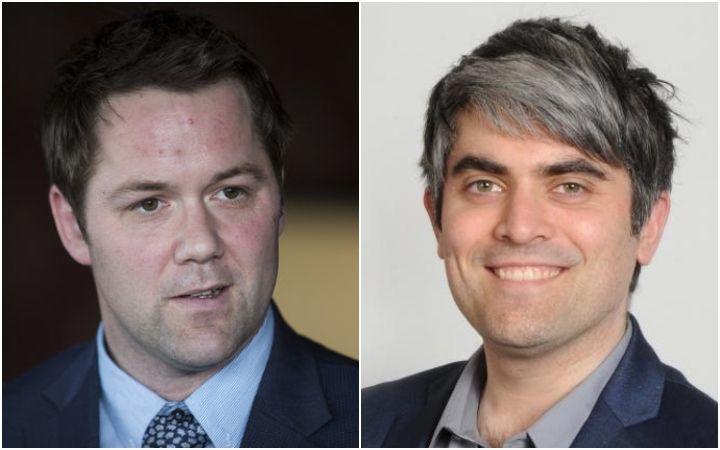 The government had announced it was looking to Queenstown and Dunedin as potential destinations for managed isolation facilities.

Walker then put out a press release yesterday claiming 11,000 from high-risk countries could end up in the region, specifically India, Korea and Pakistan, could be coming to town.

Dunedin Mayor Aaron Hawkins told Morning Report Walker's comments were a "dog whistle" and the 11,000 figure did not match what he had been told.

"I'm not sure where Mr Walker gets his sources from, one only hopes it isn't the same place where Michael Woodhouse gets his from.

"At this stage, all we have been told is that the existing locations for managed isolation and quarantine will be insufficient to meet the number of New Zealanders returning to the country. I was briefed by Minister Woods' office yesterday that they were looking at places like Dunedin and Queenstown but that they would not be making any decisions until the minister was satisfied that the infrastructure was in place ... to keep those people safe and the wider community safe."

National Party leader Todd Muller has pulled Walker into line over his comments.

Walker's press release has been taken down from the National Party website.

Todd Muller wouldn't say the comments were racist, but he has raised his concerns directly with Walker.

"Look I've spoken to Hamish, expressed my disappointment and I certainly don't condone what he has said."

"The city is ready to do our bit. These are New Zealanders coming home and we have a duty of care to look after them and I don't see why Dunedin wouldn't play our part."

Asked if he was concerned about Walker's comments, Hawkins said: "Well, people can draw their own conclusions as to why Mr Walker chose not to highlight New Zealanders returning from the US, or the UK or South Africa and chose India, Pakistan and Korea instead. I'm not particularly concerned about where the point of origin is for our New Zealanders returning home. That should not be relevant.

"I think they were unhelpful. It's one of better dog whistles I've heard this campaign season ... nothing in a campaign letter is done by accident."

Hawkins said conversations about the managed isolation and quarantine process could be held "without getting into an unhelpful conversation about where our citizens might be returning from".

A decision about using the region for managed isolation and quarantine facilities was "still a long way down the road".

The minister in charge of the border controls, Megan Woods, has called his comments disgraceful, scaremongering and racist and does not know how he came up with the 11,000 figure.

Walker is standing by his comments.

"Calling me a racist is Labour's default tactic when they are unable to defend their blatant failures. This isn't racist, this is about the countries these Kiwis are coming from."

He also incorrectly claimed that the country of origin for New Zealand's live cases of Covid-19 was not known.

The Ministry of Health has been providing the details of what countries those cases came during its daily media briefings on Covid-19.