An attack on four alpacas in North Canterbury has left local animal management staff perplexed over whether it was carried out by a dog or a person. 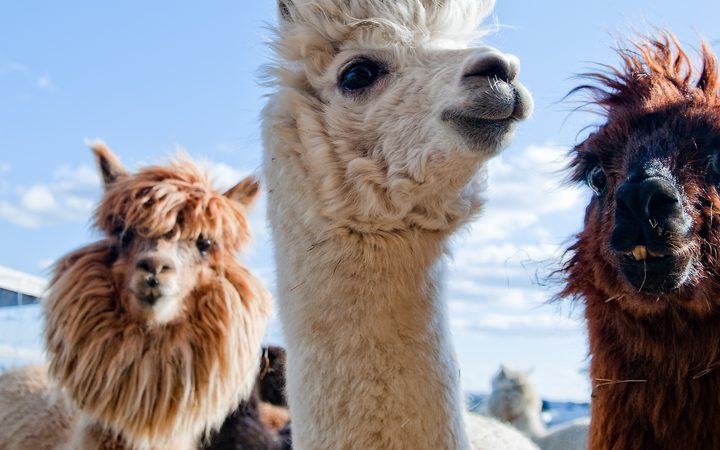 The four alpacas were in a paddock in the township of Waikari, when they were fatally injured between 28 and 29 June.

Three of the alpacas were found dead with head injuries, and a fourth with severe injuries had to be put down.

He said the three alpacas had head injuries and had lost flesh from their skulls, and the fourth alpaca, which initially survived the attack had a badly mauled jaw.

It was difficult to say what had caused the injuries, Harris said.

"The height of an alpaca is up over six feet when it is upright. There is no other visible damage, puncture wounds, marks to other parts of the body, so something took it down by the head. Other than that we just don't know."

He said they would not rule out it being a dog attack.

"Normally dogs would look to take the animal down by the legs, but there was no damage to the legs or puncture marks that we could see. So it is just a really odd one. We certainly would rule it out, but it would be a big dog, or dogs."

He said there was also a horse and a couple of llama in the same paddock which were unharmed, and sheep in a neighbouring paddock.

Anyone with information should contact the council's animal management team or the police.

Harris said they had no other reports of similar attacks on animals in the area and it had been an upsetting incident for the owner.