Dozens of top Australian-bred alpacas bound for Europe have become stuck in quarantine in New Zealand, due to a refusal by that country's Ministry of Primary Industries (MPI) to sign off on European Union import regulations. 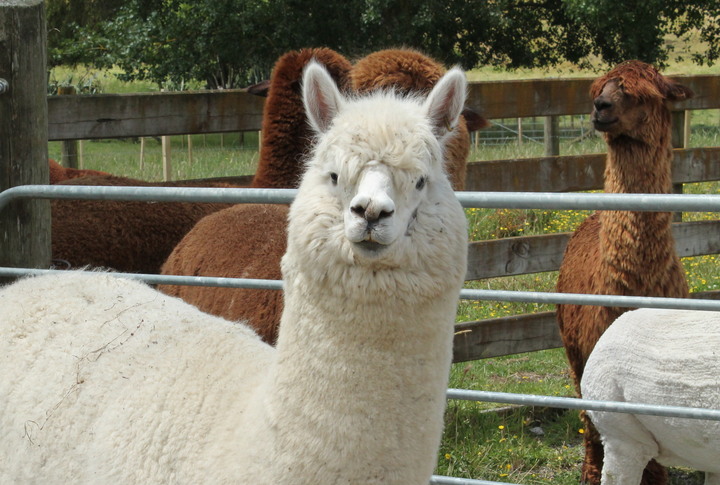 The alpacas are being kept in paddocks and are being fed and cared for (file photo). Photo: RNZ/Carol Stiles

The 92 animals, worth well over $1 million, were purchased in Australia last year by several different European buyers.

In line with rules that prevent ruminants from being directly exported to the EU, they were sent to New Zealand to complete a six-month quarantine period.

They were due to fly out in late July but the mix-up now means most of the animals will remain in New Zealand for a year or more.

They are being kept in paddocks and are being fed and cared for.

"It's typical bureaucracy moving very, very slowly, but we have got to be positive, we are making ground."

Mr Ridout said it was "the first time in 10 years we've been exporting that it's been delayed like this".

After negotiating with quarantine officials in London, on Wednesday he flew to the United Kingdom with 31 of the animals, but the remaining 61 alpacas bound for mainland Europe have not been able to travel.

A letter to Australian Alpaca Association members revealed "the issue relates to paperwork required by the EU certifying that animals have not been vaccinated against the disease, Blue Tongue".

"As Blue Tongue is not endemic to New Zealand, they do not monitor this in inbound shipments and therefore will not provide this certification," the statement continued.

Australian Alpaca Association president Ian Frith said New Zealand MPI was putting pressure on the EU to change the entry requirements, but that could take between 12 and 24 months.

The Australian Department of Agriculture and Water Resources has also become involved, and a spokesperson said the Australian government was actively engaging with the EU to improve market access for Australian livestock.

"The New Zealand government has previously provided export certification for Australian alpacas to the European Union, however, it has recently identified this certification can no longer be supplied because New Zealand does not have the full life history of the animal," the spokesperson said.

Over the past decade, thousands of Australian alpacas have been air-freighted to countries that want to start their own alpaca fibre industries.

Many of them have gone to Scandinavia and Central Europe, but also to China, South Korea and Turkey. Only the EU insists on ruminants being transferred via a third-party country.

With the Australian alpaca industry holding its annual show and auction in Bendigo on August 26-27, Mr Frith was concerned the quarantine hold-up would dampen international sales and keep prices down.

"There's no guarantee anybody [from Europe] who buys alpacas at this national auction, will get their animals inside of 12 months," Mr Frith said.

"We hope they'll take the risk but we don't know."