A woman in her 60s who was in managed isolation at the Pullman Hotel in Auckland after arriving on a flight from India is New Zealand's latest case of Covid-19.

The woman arrived on a repatriation flight, AI1316 and was transferred to the Jet Park hotel quarantine facility late yesterday.

Director General of Health Dr Ashley Bloomfield said he was aware of reports a new case of Covid had been found in the hotel in Rotorua, but he had no concerns about the way the person would have been transferred there

He said there had been more than 20,000 people going through the managed isolation facilities, with no evidence of transmission into the community.

"To remind people, we have been doing this since that first evacuation flight out of Wuhan and so we have a lot of experience with keeping people including both the people returning and the staff and crew, safe."

Since 16 June - when the country was told of the case of the two infected women who were allowed to leave isolation - there had been more than 45,000 tests completed, he said.

"However those two cases did draw our attention to a gap in the system ... we moved quickly and immediately in fact to remedy that and ensure those leaving isolation were also being tested in addition to completing their 14 days."

Dr Bloomfield and Health Minister David Clark fronted to the Health Select Committee this morning, after his ministry revealed late last night that 51 of the 55 people granted compassionate exemptions to leave isolation during level 1 had not been tested.

This afternoon, Dr Bloomfield said of the 55 people who were granted compassionate exemptions from isolation, one of them subsequently had their exemption withdrawn.

The ministry has been in communication with all 55 since they left isolation. Of them, 39 have returned a negative test, two had a test prior to leaving isolation and another two were tested the same day as leaving. Thirty-five were tested later and 11 will not be tested either on the basis of health because they are a child or because they left the country.

One person who the ministry understands has not has a test has been referred to enforcement.

Dr Bloomfield said of the guests at the Novotel Ellerslie, another of the six outstanding people has been contacted and the others have been referred to enforcement services, a team at the ministry who assist in finding people.

"We can call in the police if necessary."

Of the 2159 people who had left managed isolation between 9 and 16 June - including people who had exemptions and those at the Novotel Ellerslie with the two women, 1110 have been contacted, Dr Bloomfield said.

Of those, 800 were tested before leaving isolation and the remainder were tested after leaving a facility.

There are 239 who have been referred for a test who have not had results yet.

Dr Bloomfield said these people are being followed up with a fifth call today.

Dr Bloomfield said the remaining 791 people who are still uncontacted are being followed up with a fifth call today. They will also get sent text messages. Finding services, customs and police are also used for contacting them.

There are also 119 people who will not be tested, including children and repositioning ship crews, some who have left the country, and a few who are refusing a test.

"There is a very low risk in the first instance because of the circumstances - indeed, the 14 days ... and also the wide testing we are doing."

Ministry of Health deputy chief executive Keriana Brooking said 34 of the 55 were granted an exemption to attend the funeral of a family member or grieve with family.

They either returned to the managed isolation facility or self isolated in an agreed location, and 16 applications were granted to isolate with a family member that was close to dying.

Those 16 returned to isolation each day.

As part of leaving managed isolation, all signed a health release requiring them to follow personalised protocols, such as undertaking a test, travelling to an agreed address without leaving the vehicle, wearing PPE including gloves and masks when spending time with the family member that is dying, complying with all health guidelines, regularly washing hands, coughing or sneezing into elbows, not attending supermarkets, petrol stations or shops.

Anyone who tests positive can be accommodated in quarantine in the city they are located in, Dr Bloomfield said.

Dr Bloomfield said he had seen no evidence to prove that a homeless person managed to get into a managed isolation facility, but he had visited a facility and said they were very carefully managed. 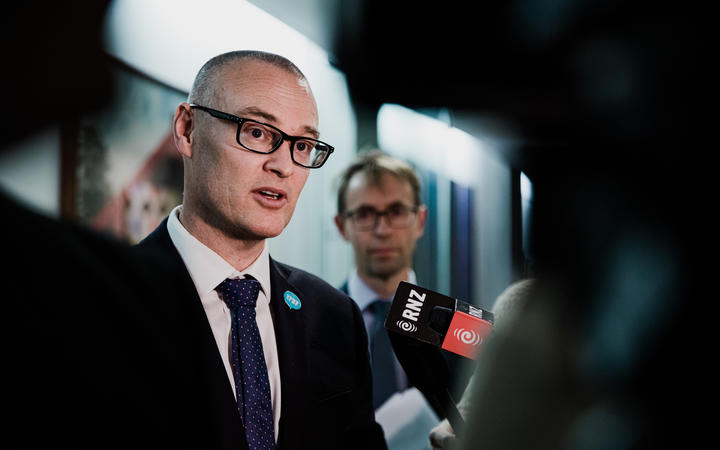 The health minister told Checkpoint he was frustrated but refused to take responsibility for error saying it was an operational matter.

"I take responsibility for fixing it," Clark said.

"The Director-General has accepted responsibility on behalf of the system and is setting about fixing it.

"This clearly is an operation error that has been acknowledged; Dr Bloomfield has taken responsibility for it."

Clark said he wanted assurances that that was the case and said it seemed like the ministry was on track.

"I have responsibility for sorting it out."

National Party leader Todd Muller told Morning Report today the fact that most of the 55 people were not tested was a national disgrace and completely unacceptable. 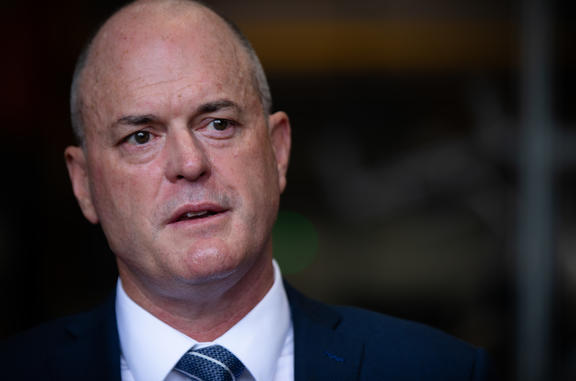 Compassionate exemptions were temporarily suspended by Clark on 16 June after it was revealed two women granted the exemption to travel to Wellington had later tested positive for Covid-19.

Since the country moved to level 1 on 9 June, Dr Bloomfield's instructions have been for testing to take place on day three and day 12 of isolation, but as he and Prime Minister Jacinda Ardern have both said, that clearly did not happen in this case.

Testing has ramped up after the cases were revealed, and nine further cases have since been identified at managed isolation and stricter quarantine facilities. So far the Ministry has reported no new cases in the community.