*Since the publication of this story, Unilever has decided on 26 June, 2020 to rebrand its Fair and Lovely product, with a statement saying it was working to make their skin care portfolio "more inclusive" and had already made some changes in the past few years.

A consultant whose firm educates companies on diversity and culture is calling on brands and consumers to re-consider selling and buying products with racist overtones. 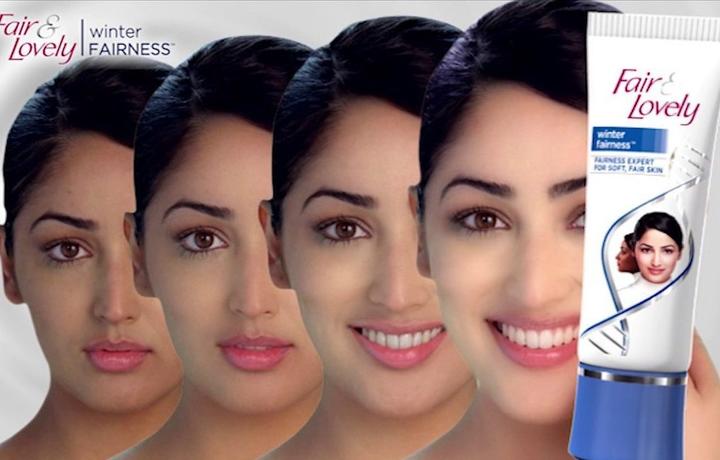 Johnson and Johnson's "Fair and Lovely" brand skin whitening products are being pulled from shelves. Photo: Screenshot / Fair use

Conversations about racism are shaking up the fashion and beauty industry in response to the Black Lives Matter movement, with companies vowing to make changes to branding and products after the death of US man George Floyd.

Food companies are also reconsidering their branding in response to criticism over racism.

Ludo Consulting owner, Melanie Sharma-Barrow manages companies by promoting culture, inclusion and diversity within companies and said most food brands and advertising was riddled with racism.

Companies needed to do a better job at educating themselves on the branding and imagery linked to their products, she said. There is obvious racism within marketing and advertising of beauty and fashion with the ideal woman pictured often being white, and blonde.

She encouraged consumers to harness their power to make a change and speak up about racism.

"We must be aware of any racist undertones that we are trying to push through. For providers of products I would like them to embrace the responsibility of projecting a global society and from the consumer side ... for people to put thought into what they are buying."

She said there needed to be change from consumers and companies alike and urged people to start having the conversation around racism which could lead to greater awareness about what ideals and messaging brands were projecting.

There's also been criticism on social media around the "Fair and Lovely" skin whitening products.

Within Indian and Japanese cultures, skin whitening and bleaching is encouraged. Sharma-Barrow said the idea that having darker skin was viewed as less attractive was wrong, and people within those cultures needed to change their mindset and be "held accountable".

Many cultures within Asia are still pandering to the "white-blonde stereo-type," which has been projected by the fashion and beauty industry for decades, she said.

Bollywood movies, which have a heavy influence on Indian culture, "often cast a darker skinned actor when playing a poorer role but for a leading role or to show a wealthy character they will always be lighter skinned", Sharma-Barrow said.

A variety of skin products from Neutrogena and Clean & Clear, which were advertised as dark-spot reducers and were sold in Asia and the Middle East, will also come off the shelves soon, the manufacturer said.

The Johnson & Johnson product lines, Neutrogena Fine Fairness and Clear Fairness by Clean & Clear, were not distributed in the United States but were sold in Asia and the Middle East.

The company said in a statement: "Conversations over the past few weeks highlighted that some product names or claims on our Neutrogena and Clean & Clear dark-spot reducer products represent fairness or white as better than your own unique skin tone ... this was never our intention - healthy skin is beautiful skin."

Cancel culture, a popular term for the practice of boycotting public figures and companies and criticising them on social media after they have done or said something considered offensive, has proven to be an effective method to provoke a reaction or change, with people using Twitter or Instagram to call out brands, Sharma-Barrow said.

However, long-term change would only occur when companies and their board members were more diverse.

"Their ethos needs to change and they need to be looking at inviting everyone into their brand."

This month, Band-Aid announced in an Instagram post that it would start selling bandages in a wider range of colors to better accommodate a diverse range of skin tones. The Band-Aid was invented in 1920 by Johnson & Johnson, which means it has taken 100 years to produce such products.

We hear you. We see you. We’re listening to you.⁣ ⁣ We stand in solidarity with our Black colleagues, collaborators and community in the fight against racism, violence and injustice. We are committed to taking actions to create tangible change for the Black community.⁣ ⁣ We are committed to launching a range of bandages in light, medium and deep shades of Brown and Black skin tones that embrace the beauty of diverse skin. We are dedicated to inclusivity and providing the best healing solutions, better representing you.⁣ ⁣ In addition, we will be making a donation to @blklivesmatter.⁣ We promise that this is just the first among many steps together in the fight against systemic racism.⁣ ⁣ We can, we must and we will do better.

In a statement the company said, "We stand in solidarity with our Black colleagues, collaborators and community in the fight against racism, violence and injustice. We are committed to taking actions to create tangible change for the Black community. 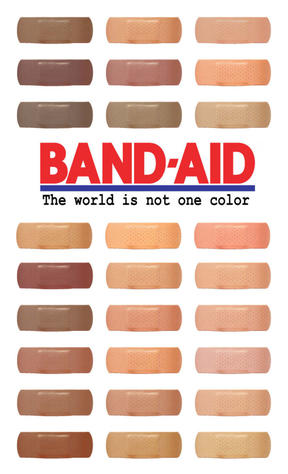 "We are committed to launching a range of bandages in light, medium and deep shades of Brown and Black skin tones that embrace the beauty of diverse skin. We are dedicated to inclusively and providing the best healing solutions, better representing you."

Some people criticised the announcement as "perforative activism" and said it was long overdue. One person commented "Its 2020 and you decide now?"

Overall, positive progress was being made, Sharma-Barrow said, but it was going to take time for new brands to come forward and realize the power of inclusively.

"You will also make more money if you appeal to more cultures," she said.

Confectionery company Nestle announced it planned to rename its Allen's Lollies-branded Red Skins and Chicos products, and Griffins has been approached for comment around the re-naming of their Afghan biscuit, which is thought to have been created to replicate an Afghani male.