One of the world's rarest shorebirds is gaining traction on a small island off Mahia Peninsula. 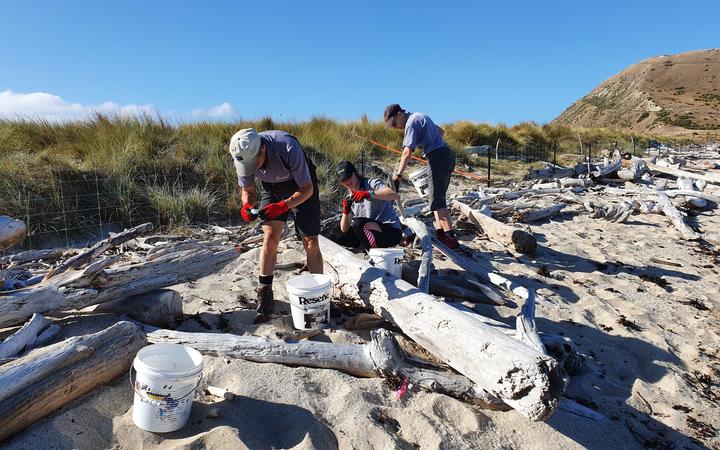 There are now 24 breeding pairs of tuturuatu, or shore plover, on Waikawa Island, the Department of Conservation (DOC) said.

The birds were introduced in 1999 and grew to 32 breeding pairs in 2012, before a rat incursion decimated the population to just four pairs.

The 82 birds on the island made up about a third of the world's total tuturuatu population.

DOC biodiversity ranger Helen Jonas said: "Tuturuatu are very susceptible to predation because they nest on the ground, are small, and very territorial and curious. The priority work on Waikawa is biosecurity, ensuring nothing bad has got to the island that could devastate the birds - like we've seen in the past.

"We're up four breeding pairs from last year, and we have one 'honeymoon couple' who are in the early phases of their relationship. They've secured themselves some nice real estate to start a family when the breeding season kicks off in August or September."

A key contributing factor to the success was the dedication of conservation volunteers whose work included monitoring birds and servicing the traplines, she said.