Nelson might have to make better use of its current transport networks, until agreement is finally reached on a long term solution. 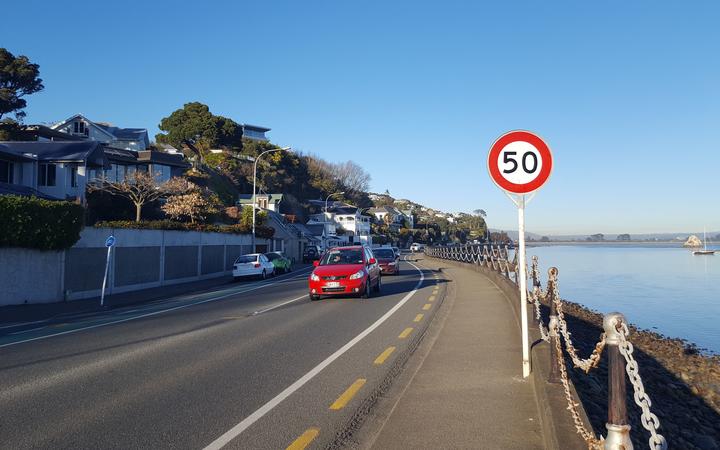 The final recommendations of the latest, long-running transport study were to be presented to the Nelson City Council on Thursday.

The Nelson Future Access project contains a two-tiered list of options focused initially on optimising current roads, including improvements to walking and cycling infrastructure, and then highway improvements longer term, within 15 years.

The three long term options have been short-listed to include additional lanes on State Highway 6/Rocks Road and Waimea Road for priority traffic during peak hours (clearways), widening the SH6 coastal corridor to two lanes in each direction, and building a new inland road - formerly known as the Southern Link.

Public feedback would be invited on the options that lobby groups from either side said placed the city little further ahead than it had been for more than a decade.

The project is led by Waka Kotahi New Zealand Transport Agency (NZTA) with the council as a key project partner. Its genesis was the Nelson Southern Link investment programme business case (including the Rocks Road walking and cycling project), which was was adopted by the transport agency in June 2017.

Before that there was the 2007 Nelson to Brightwater Corridor Study, the 2010 Nelson Arterial Traffic Study, and the 2014 Rocks Road Walking and Cycling Development project.

Since the southern link investment programme case, NZTA said in its report to the council that changing central government priorities through the 2018 Government Policy Statement of Land Transport had set a greater focus on safety, accessibility, resiliency and the environment through reducing dependency on private vehicles.

In December 2018, the council endorsed the project's objectives that included how to make best use of existing infrastructure and services as well as new and emerging technologies. It also aimed to find ways to reduce the dependency on private, single occupancy motor vehicles, and investigate measures to support the council's vision for a "world class waterfront".

A decision has been hamstrung for years over opposition to building a new highway through Nelson. The group pushing for the removal of State Highway 6 from the Nelson waterfront to an inland route said the latest study was a box-ticking exercise.

"That's the only reason that we can think of - either it's kicking the can down the road again or it is playing an exactly straight bat in a system that requires every box to be ticked, so the final result is without any shadow of a doubt, the best and right option."

A Nelson transport strategy group (Nelsust), which supported alternative options to building more roads, said it was good to see more walking and cycling options in the short-term proposals, but the study was little different to others.

Spokesperson Peter Olorenshaw said earlier studies had also proposed a number of interim options until a final decision was clear.

He said the long-term option was broader than in the past, in that it included more than just the "Southern Link".

Nelsust was however disappointed that the congestion pricing they had been pushing for was excluded from the list of options.

"It's really the only solution and it's very marked in Nelson that there's a definite morning peak, and slightly more spread out in the afternoon.

"If we can just spread that out then suddenly the road can take it, without getting congested."

Olorenshaw said a flaw of the study was that that the views of Tasman residents had not been included, when many drove into Nelson each day for work or school.

"It's not looking at the people from Richmond and beyond, coming in to Nelson each day.

"It's looking only at Nelsonians and I don't think they're the ones causing the congestion."