The government is refusing to pass a single page of legislation before the election that would allow families with disabled children to take complaints to the Human Rights Review Tribunal and the courts. 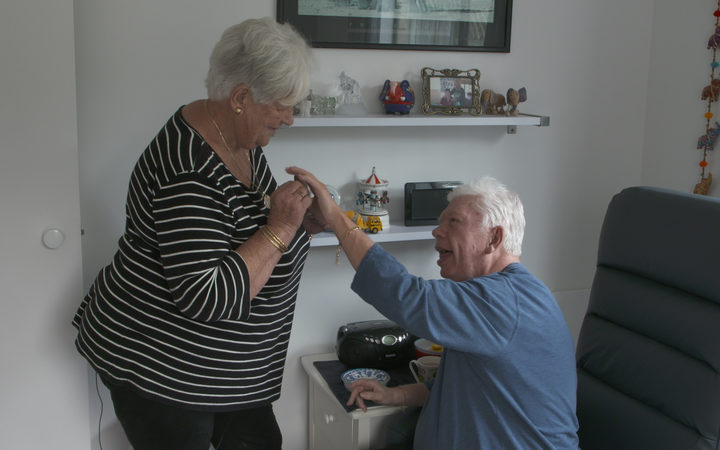 Since 2013, Labour has repeatedly promised to change the law, freeing families to challenge the amount of government support they get.

But now it is saying it won't look at the legislation until after the election, blaming the delay on Covid-19.

Labour's 2017 election manifesto included the promise to repeal the family caregivers' legislation. That would return the right of family carers to complain about the level of financial aid they get to the Human Rights Review Tribunal and to challenge some conditions in court.

In January, the government finally introduced the New Zealand Public Health and Disability Amendment Bill which contains only five clauses including a single sentence with the words: "Repeal Part 4A".

But now Associate Health Minister Jenny Salesa says she wants those affected to have a further say. She says the government deferred the passage of the Bill until after the election to support the Ministry of Health and the health and disability sector in response to the Covid-19 pandemic. 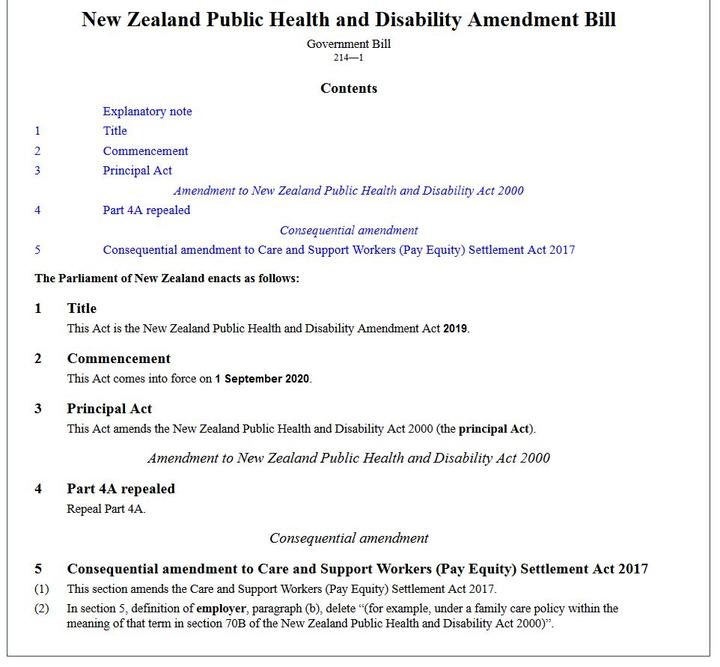 A screenshot of the one-page bill. Photo: Screenshot / NZ government

She suspects the real reason is that the committee has realised the cost of funding thousands of families.

"If you're going to apply Funded Family Care in the sense that it is intended, then you're looking at every person who currently receives the Supported Living Benefit for the care of the sick and the infirm. You don't get onto that for (doing) nothing, so whoever you are caring for is already high, very high needs. And that would be sitting at about 10,000 (people)."

Carrigan says a law change isn't even required, the government could just amend the funded family care policy to allow families to complain.

Peter Humphreys is a fulltime carer to his daughter, Sian. He isn't impressed by the government's stalling tactics, saying they are really disappointing.

"It's unjust, it's like a Third World thing for the parents. Everyone's got the right to go to the Human Rights Tribunal except parents of disabled people. How can that be in a nation that jumps up and down about human rights issues overseas?"

Humphreys was one of nine claimants in the early 2000s who challenged the government's refusal to pay family carers claiming it was discriminatory. The Human Rights Review Tribunal, the High Court and the Court of Appeal agreed.

In 2013 the then National-led government agreed to provide some funding to family carers, but removed the right of families to complain about the level of funding.

By 2018, the Court of Appeal again ruled in favour of the family carers, describing the muddled policy as "verging on impenetrable".

Auckland mother Diane Moody cares for her 53-year-old son, Shane Chamberlain. She says were it not for court action, she would still be struggling along paid for 11 hours a week, instead of the 40 hours she received as a result of the case.

"The government's just playing with all of these people hoping that we'll just say 'look too hard, throw our arms up in the air and say, we're not interested anymore, but of course that's not going to happen'." 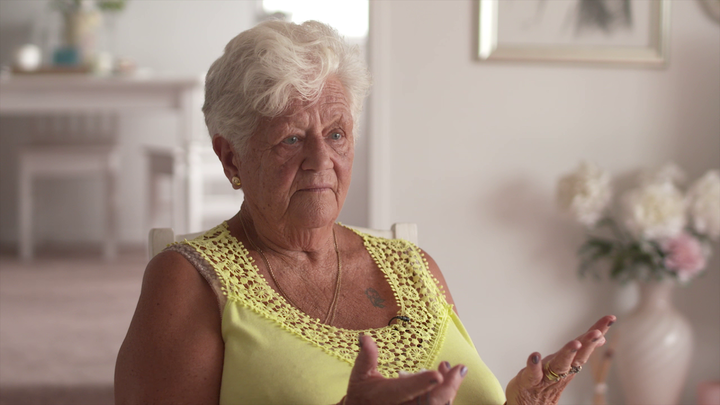 Diane Moody believes the government hopes family carers will give up on their cause. Photo: RNZ / Nick Munroe

And she's not impressed by the Covid-19 excuse.

Humphreys says given the number of court judgments and the amount of information about family carers, the issues have been well canvassed and the change is straightforward.