An Akaroa restaurant named after infamous slave trader Bully Hayes now plans to change its name, but the owners of Queenstown's The Hayes say they have no intention of doing the same. 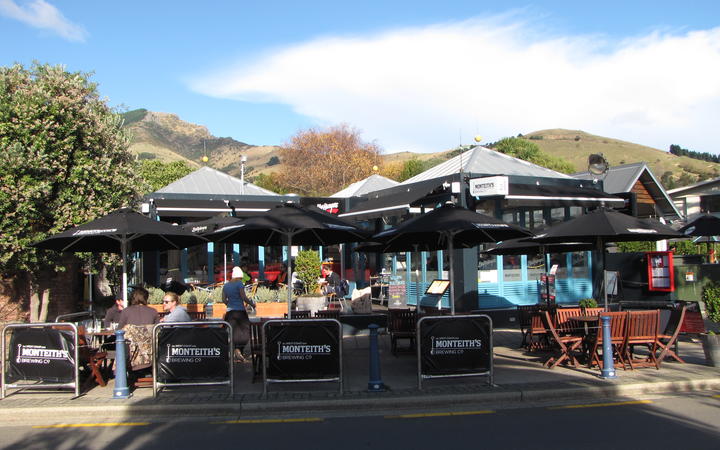 Bully Hayes Restaurant and Bar in Akaroa, which is to be renamed. Photo: Supplied.

Bully Hayes Restaurant and Bar in Akaroa decided to change its name after writer and academic Scott Hamilton took issue with it, saying it was honouring slavery.

The restaurant was named after "the most notorious of all the Pacific's slave traders", William 'Bully' Hayes, Hamilton said.

However, The Hayes in Lake Hayes Estate - a Queenstown suburb which originally took its name from Australian pioneer Donald Hay but has since erroneously been associated with Bully Hayes who lived in Arrowtown briefly in the 1860s - is keeping its name.

Its director Mark Latham said they would not be taking the same approach as the Akaroa restaurant and bar because the name was also associated with that of the area.

The restaurant and bar uses a pirate with a tea cup eye-patch as its logo and its website states: "Legend has it that a pirate and notorious rogue by the name of Captain 'Bully' Hayes spent a bit of time in this area. Opening a hotel he cashed in off the thirsty gold miners and with his hoard of treasures he lived pretty well, even naming the lake after himself (no one was going to argue with a guy called 'Bully')".

Latham said he was aware the lake was not actually named after Bully Hayes and although they would consider changing the restaurant's logo if people found it offensive, so far no one had expressed any concern.

He said they were monitoring the situation.

"We used his [Bully's] story for branding as we are heavily family-based and kids love pirates - it was that simple," he said.

"We were aware of his chequered past but he was a horrible man living in a horrible time and in the end he got what was coming to him in a gruesome mutiny. In no way do we condone his actions or hope to glorify his way of life."

Latham said racism and human suffering was evident throughout the region's history and he understood why the issue had been raised - and it should have been, for education purposes. But he said people are more socially conscious than they were in the 1800s.

"All we want to do is sell cold beer and our famous Bully Burger which is popular, as it's a little bit spicy. If you scratch the surface on this then a geographic feature, housing estate and various community groups will all need to look at what the name means and if it is offensive enough to make the change."

Lakes District Museum director David Clarke said the association of Bully Hayes with Lake Hayes - and the features which took their name from the lake - seemed to be a local legend that had developed over time.

It was unclear when or why the e was added to Hay's Lake.

"It was originally called Hay's Lake after Donald Hay who was an early explorer who discovered it circa 1856 or '57 when he came on a winter expedition in this area and then it got an 'e' put in and everyone thought it was named after Bully Hayes," Clarke said.

He had spoken to the restaurateurs about the true history of the area, he said, but the story of Bully Hayes' time in the district had taken on a life of its own.

"He wasn't here for very long but he was certainly here."

In terms of the lake itself, there had been calls for change in the past, Clarke said.

"At various times people have said let's take it back to its original name and celebrate the exploits of Donald Hay who did this remarkable journey in the middle of winter on a flimsy raft and was the first European explorer on the lake."

A Queenstown Lakes District Council spokesperson said the council had not had any issues raised about the name of the lake nor any discussions about reverting its name to acknowledge Donald Hay.