KiwiRail says it has no choice but to buy more Chinese made diesel locomotives - even though they've been troublesome and unreliable for more than a decade. 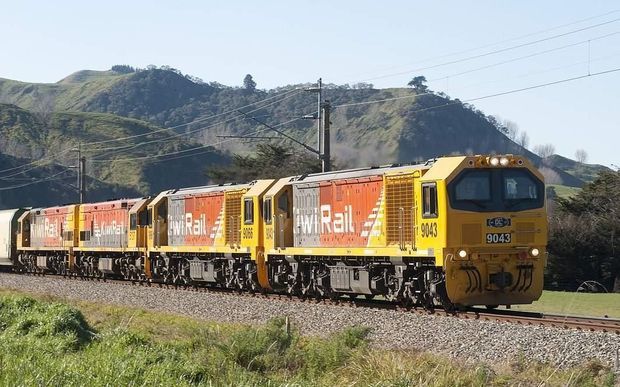 The corporation says it needs another 10 of the DL-class engines to cope with increasing freight volumes in the North Island.

They've been plagued by reliability problems, claims of poor quality and 40 were found to contain asbestos.

In the past 12 months KiwiRail's own figures show none of the engines have met KiwiRail's performance target of 80,000 kilometres Mean Distance Between Failure (MDBF).

The MDBF measures the average distance between failures that cause a delay of 15 minutes or more.

This can be due to a number of causes, including issues with the engine and traction systems, software issues, or relatively minor electrical faults such as with the gauge lighting or air conditioning. 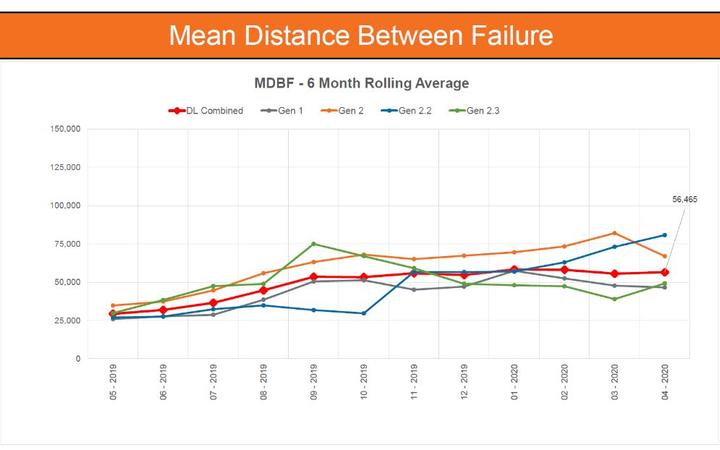 KiwiRail's chief operating officer Todd Moyle has defended the engines' performance, saying they were not bought off the shelf.

"If you go and buy a locomotive it's not like going and buying a Toyota Corolla. New Zealand's rail network, it's narrow gauge, it's light axle weight and every locomotive type that you purchase is bespoke," he said.

He said the 80,000km mark was not an enduring target, the engines just had to reach that at a point in time.

And even though they were not meeting it, they were doing what KiwiRail needed them to do, Moyle said.

But the new engines are the worst performing and did not meet the contract performance target of 80,000 MDBF. As a result, KiwiRail has not made its final payment on the locomotives.

"They've got to meet a threshold of 80,000 kilometres for us to make the final payment on those locomotives, meet that threshold for three months, and then they settle from there," Moyle said.

"There's a number of factors that influence the Mean Distance Between Failures, some of them are mechanical failures of components, some are the way that the machines are being operated and others are how they're being maintained." 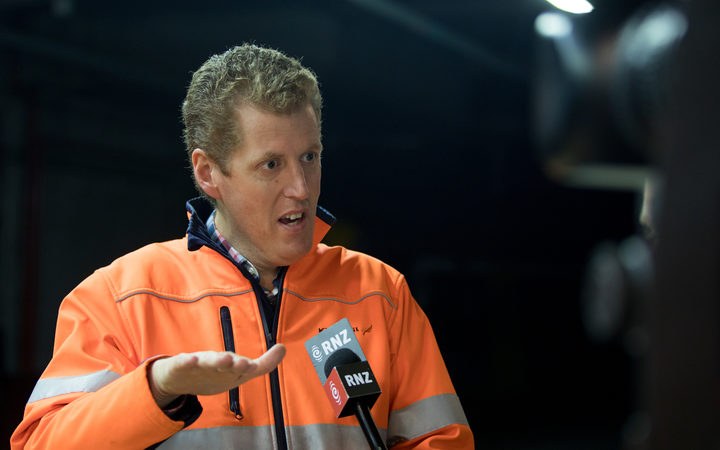 "These Chinese manufactured 'Dog and Lemon' locomotives come in, they perform okay and then they just fall off the edge of the cliff," Butson said.

In this year's budget, KiwiRail set aside more money to buy 10 new locomotives.

Asked if he was comfortable with the decision to buy more Chinese engines, the minister of finance, Grant Robertson, said it was KiwiRail's decision.

"We encourage them obviously to get value or money for their purchases and value for money means both the costs that you pay but also the reliability of the locomotives," he said.

But Butson said the decision to keep buying the engines did not make sense.

"It's the definition of insanity, I was once told... to do the same thing and expect a different outcome ... they keep ordering these Chinese locomotives and they're expecting them to perform," Butson said.

"What I'm doing is delivering a consistent fleet, with consistent maintenance practices and consistent componentry, that means I can consistently deliver across the North Island to customer demand," he said.

KiwiRail is currently in the last stages of finding a supplier of engines to replace its ageing South Island fleet.