A senior doctor in Palmerston North says the hospital's operating theatres are so cramped the lights sometimes bump surgeons' heads. 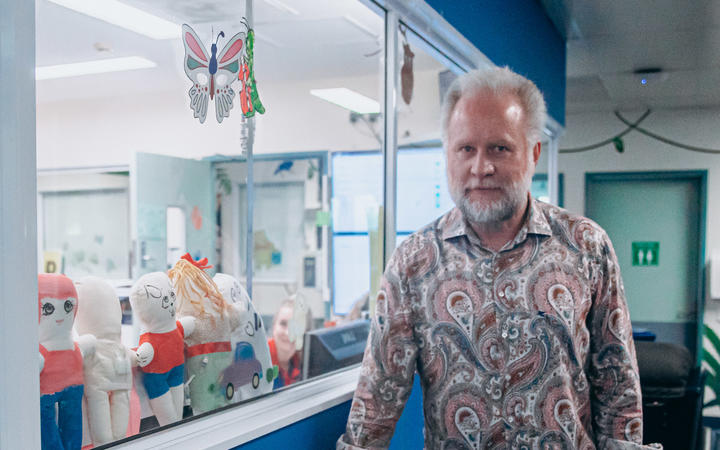 RNZ reported yesterday that a stocktake of the country's hospitals has revealed many intensive care units, operating theatres and emergency departments are in "poor or very poor" shape.

MidCentral District Health Board acting chief executive and acting chief medical officer Dr Jeff Brown told Morning Report they had the "promise" of $26 million in funding, but had not "had the go-ahead yet".

"My surgeons and anaesthetics don't appreciate the bureaucracy in Wellington.

"They just know the promise is there, they keep bumping their heads, they keep trying to change in the woefully inadequate changing rooms to safely do surgery.

"I'm proud of them continuing to perform high-quality care but it is difficult to explain to them what the hold up is."

He said a business case was prepared and sent to Wellington but Covid-19 had possibly slowed down the process.

"We are desperately waiting now that we are having to get back to full production and try and catch up on back log in our cramped and inadequate theatres. We are quite desperate to have the green light to be shovel ready and go."

Staff morale went up when the funding was announced, but "morale evaporates if promises don't turn into action," he said.

A national rebuild plan based on the stocktake will not be ready until 2022.

The stocktake faults health boards' asset management extends back years, but the entire system has not functioned well.

"Overall, there is limited consistency and transparency of information at either the local, regional or national levels."

DHB business cases were "often developed in isolation" from other boards.

The government said it had been and would keep on spending to tackle this, saying the stocktake was valuable for helping set priorities ahead of a national asset management plan due in 2022, and beyond.