An exotic mosquito species that could have posed a serious health risk to New Zealanders has been eradicated. 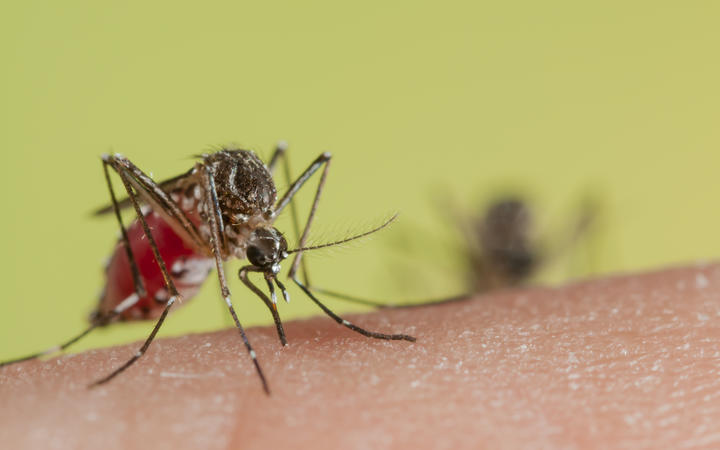 Some mosquito species, such as the Yellow Fever mosquito (pictured), can carry diseases such as dengue fever and the Ross River virus. Photo: AFP / © Roger Eritja / Biosphoto

The culex sitiens mosquito is widespread in Southeast Asia, the South Pacific and Australia.

Biosecurity New Zealand (BNZ) has successfully eradicated the species from the country after larvae were found in early 2018 in Kawau Parua Inlet near Auckland.

BNZ stamped out the pest by checking the ground and several rounds of aerial spraying.

No insects have been found for two years and adult insects were never discovered.

Ministry of Primary Industries' spokesperson David Yard said this is a victory as the mosquito can carry diseases such as dengue fever.

"It's now been two years since any have been found and we're confident we can declare them eradicated," Yard said.

He said community involvement was crucial in the successful eradication mission.