Scientists have discovered a microbe that completely protects mosquitoes from being infected with malaria. 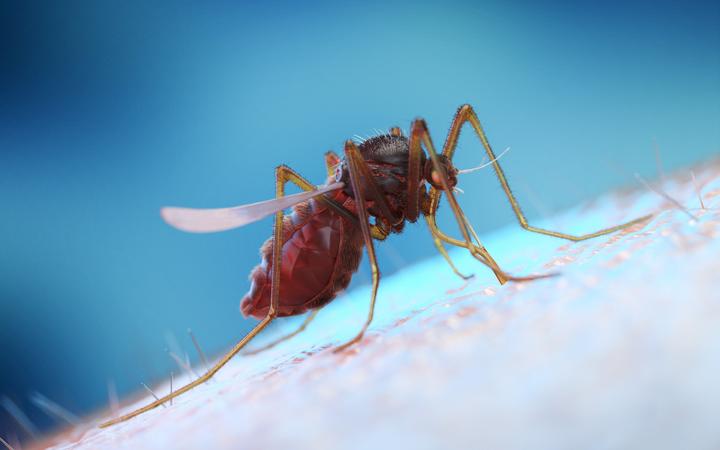 The team in Kenya and the UK say the finding has "enormous potential" to control the disease.

Malaria is spread by the bite of infected mosquitoes, so protecting them could in turn protect people.

The researchers are now investigating whether they can release infected mosquitoes into the wild, or use spores to suppress the disease.

The malaria-blocking bug, Microsporidia MB, was discovered by studying mosquitoes on the shores of Lake Victoria in Kenya. It lives in the gut and genitals of the insects.

The researchers could not find a single mosquito carrying the Microsporidia that was harbouring the malaria parasite. And lab experiments, published in Nature Communications, confirmed the microbe gave the mosquitoes protection.

More than 400,000 people are killed by malaria each year, most of them children under the age of five.

While huge progress has been made through the use of bed nets and spraying homes with insecticide, this has stalled in recent years. It is widely agreed new tools are needed to tackle malaria.

Microsporidias are fungi, or at least closely related to them, and most are parasites.

However, this new species may be beneficial to the mosquito and was naturally found in around 5 percent of the insects studied.

"The data we have so far suggest it is 100 percent blockage, it's a very severe blockage of malaria," Dr Jeremy Herren, from the International Centre of Insect Physiology and Ecology (icipe) in Kenya told the BBC.

It is not fully known how Microsporidia MB stops malaria in the insects, but it could be priming the mosquito's immune system, so it is more able to fight off infections.

Or the presence of the microbe in the insect could be having a profound effect on the mosquito's metabolism, making it inhospitable for the malaria parasite.

Microsporidia MB infections appear to be life-long. If anything, the experiments show they become more intense, so the malaria-blocking effect would be long-lasting.

When can this be used against malaria?

At the very least, 40 percent of mosquitoes in a region need to be infected with Microsporidia in order to make a significant dent in malaria.

The microbe can be passed between adult mosquitoes and is also passed from the female to her offspring.

So, the researchers are investigating two main strategies for increasing the number of infected mosquitoes. Microsporidia form spores which could be released en masse to infect mosquitoes, or male mosquitoes (which don't bite) could be infected in the lab and released into the wild to infect the females when they have sex.

This concept of disease control using microbes is not unprecedented. A type of bacteria called Wolbachia has been shown to make it harder for mosquitoes to spread dengue fever in real-world trials.

The scientists need to understand how the microbe spreads, so they plan to perform more tests in Kenya.

However, these approaches are relatively uncontroversial as the species is already found in wild mosquitoes and is not introducing something new.

It also would not kill the mosquitoes, so would not have an impact on ecosystems that are dependent on them as food. This is part of other strategies like a killer fungus that can almost completely collapse mosquito populations in weeks.