As a group of international experts are warning more must be done to halt the decline of insect populations, efforts have begun to work towards understanding the situation in New Zealand. 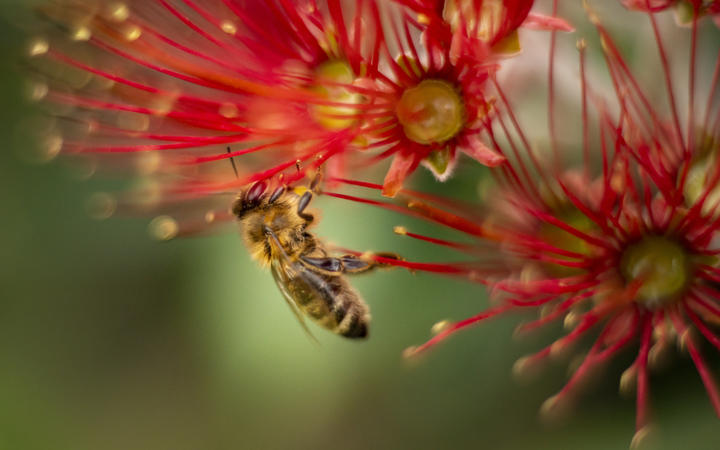 A bee lands on a pohutukawa bloom. The key pollinator species has been in dramatic decline worldwide. Photo: 123rf

Dr Jonathan Barnsley recently completed a MacDiarmid internship, under the Office of the Prime Minister's Chief Science Adviser (PMCSA), that looked at whether insect decline was an issue in Aotearoa.

His doctorate was in chemistry but he had an interest in insect populations and the internship was an opportunity that "allowed emerging researchers to gain experience at an interface in this case between research science and policy".

But the first issue was that there was no concerted effort to measure terrestrial insect health, according to Dr Barnsley, who conducted his work with support from Lincoln University's Professor Ken Hughey - who is the Department of Conservation's chief science adviser - and Dr John Roche, the Ministry for Primary Industry's chief science adviser.

He concluded a discussion piece about his internship, co-authored by Prof Hughey and Dr Roche, on insect decline thus: "How do we effectively protect something we don't measure? The simple truth is that we can't. So perhaps it is time to start counting?"

In a paper published in the journal Nature Ecology & Evolution, more than 70 scientists from 21 countries have written an appeal for immediate steps to reduce threats to insect species, and a roadmap to recovery. 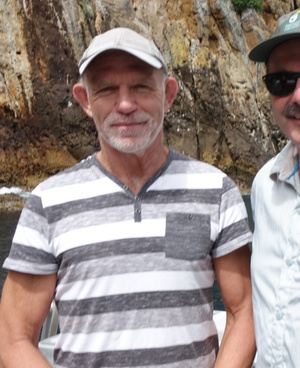 Dr Chrissie Painting, from the University of Waikato, was one of those scientists, and said: "For most insects we don't know what is going on in terms of their populations, but there is some evidence of decline, which is what led to this paper and call to action, aiming to remove the issues now and move towards new solutions while further research is conducted."

"Currently there are around 1400 terrestrial insect species assessed by experts in the NZTCS, and 54 percent of these species are assessed as 'threatened' or 'at risk'. At first glance this might indicate that most of our native insect fauna are under pressure, and 'insectageddon' has reached our shores," he wrote in his discussion document.

"But it isn't this straightforward. There are around 11,000 documented terrestrial species in Aotearoa and only 13 percent have been assessed, so the NZTCS is not yet the robust measure of insect health that we need."

Dr Barnsley said there was already a lot of work done that could be capitalised on.

Museums and universities across the countries already held data sets on some species.

"They can be using those collections and resampling today to see (if there) has been a change, an improvement or a decline relative to some of those previous studies," Dr Barnsley said.

"That would be really useful to understand our state and potentially some trends through time."

There also needed to be a catalogue of all available datasets so it was clear for future work what information was available, he said.

As for new tools to measure insect populations, Dr Barnsley said: "It's actually really challenging to do a widespread measure of insect of populations, it's time-consuming, it's resource-consuming.

"So there are potentially some technologies, for example, genetics technologies, that could provide some additional methods to get a feel for what is happening in terms of insect populations. And it's something that isn't ready to roll out just yet. It needs investment and research."

He said it was also important to engage communities affected by the health and wellbeing of insect popluations.

It would need support from government, Crown research institutes, museums and universities and would have to incorporate a Te Ao Māori approach, Dr Barnsley said.

"At this point, it is really important to get some strategy in there. At least, that's what we found through the process of talking with experts - that some strategy and alignment of research would be really useful in many areas.

"So when does this work needs to be done by? Well, the sooner the better, really ... what really needs to happen sooner rather than later is bringing together the various stakeholders and actually nutting out what is actually quite a delicate and complex issue."

Prof Hughey said the advantage of Dr Barnsley's work was that it had been able to identify an information gap and begin thinking about how to close that gap and improve decision making.

"It was a preliminary piece of work to come up with that sort of needs assessment. And so I wouldn't say it's the definitive piece of work, but certainly from an independent standpoint, probably opened our eyes to what the possibilities are in terms of potential are to close the information gap.

"It adds to the discussion out there for this kind of work."

He expected insect population health would be included in the biodiversity strategy being developed by the Ministry for Conservation for release later this year.

"This all feeds into that bigger NZ Inc debate about where our indigenous biodiversity should be heading in terms of management, policy, research, all those sorts of things." 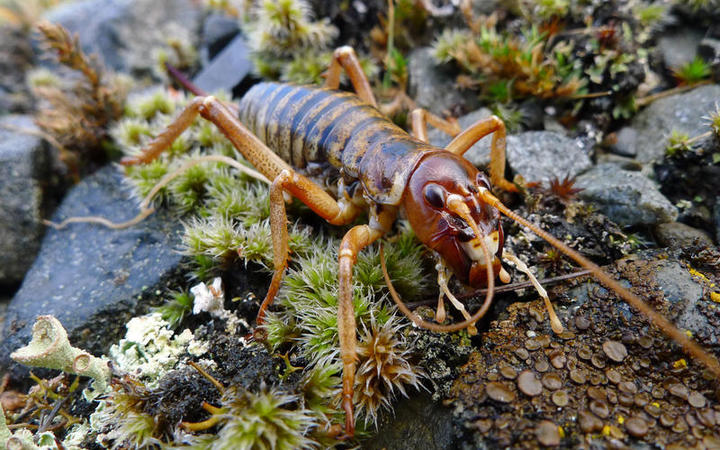 Wētā is the common name for a group of about 70 insect species endemic to New Zealand. Photo: DoC/Warren Chinn

How can you help?

Dr Barnsley said it was important the public were concerned about biodiversity and helped to protect it, they "shouldn't be alarmed".

"There is time to act, and it's really important that we use what we've got.

"Concerned individuals have more opportunity now than ever, through the progress has been made in citizen science.

"But there's also the digitisation of George Hudson's dataset. George Hudson was a dedicated entomologist who was working for well beyond 40-50 years on insects in New Zealand in the early stages of the 1900s.

"Te Papa has some of his notebooks which need to be digitised and that's a citizen science effort to basically transform the information from those notebooks into useful information that would give identities or species information on some of the insects that he was surveying, so there are real tangible things that concerned individuals can do to help.

"I think there's definitely room to grow in that area in terms of enabling citizen science, and so it might be something like currently there is a butterfly garden survey. And what would be really fantastic is if that survey was taken up to the same level that the backyard bird survey is currently operating.

"So there is real potential to improve the impact that citizens can make, but nonetheless, they really can have a big impact as it is."