A single tea bag, a clothing label and a burned sock were vital clues that led to finding trampers Jessica O'Connor and Dion Reynolds alive and well. 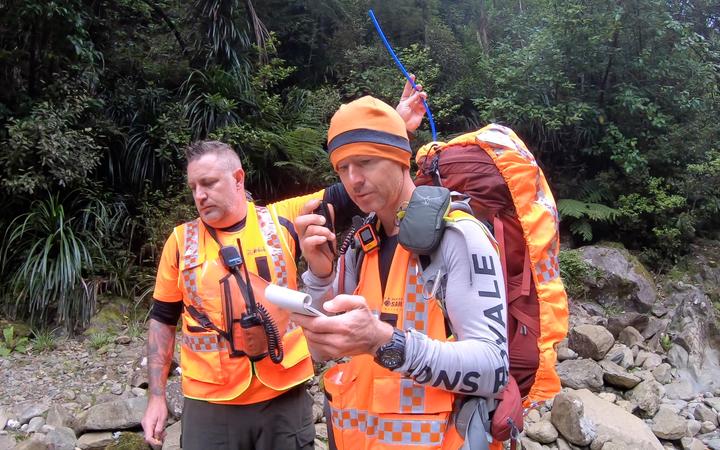 They were found hungry and exhausted last week in a remote part of Kahurangi National Park, 19 days after setting off for a hike, and more than a week after they were reported overdue.

One of the volunteers who helped to find them hiked more than 100km over the seven days he spent on the ground.

Dwayne Lohmann of Nelson said it was the most challenging search he had been involved in, but also the most incredible -because of the result.

He said the first clues were vague footprints in river gravel. To the untrained, they look like small dents in the stones. To Lohmann and his LandSAR team mates, it is what they are trained to look for.

"The team I was in, we did locate some footprints that were consistent with the missing parties, so we tracked the footsteps up the Webb Stream, and followed that for quite a period of time." 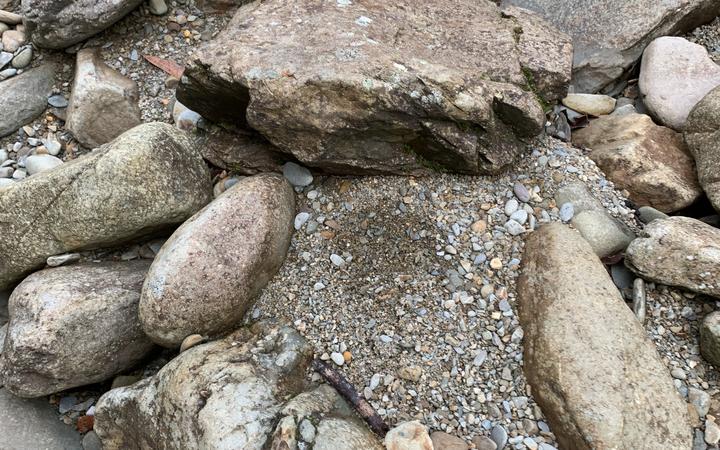 And then, a campsite a with a burnt sock. Reynolds later told RNZ he was drying his socks on a campfire when one got burnt.

Also at the site was a Red Seal tea bag that matched the brand found in the couple's car left at Anatori.

"We found a fire place which gave us hope. We found a tea bag and also a cut off label and also where the party had been sleeping."

The missing trampers' footsteps indicated they had continued upstream, but the weather was turning and the searchers were evacuated.

Lohmann, who created a video about the search, said the area was prone to flash floods and their safety was a priority.

But the clues they had found helped narrow the search area to the zone in which Reynolds and O'Connor were soon found.

"A lot of intel came in from a lot of areas and a lot of people, which narrowed the search area and allowed for dog teams to be deployed on both ridgelines, and also a chopper to be able to grid-search that area which ultimately found them."

A Defence Force helicopter spotted smoke from their fire, and the two were soon winched to safety. 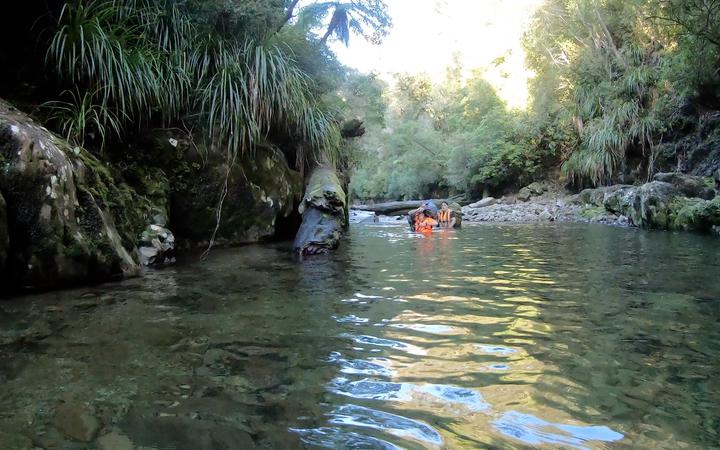 Searchers were often neck deep in rivers during the hunt for the missing trampers. Photo: Dwayne Lohmann

Lohmann said his team was about three kilometres away, and had to bush-bash their way back to a safe zone for the night. The seasoned hiker and hunter, who is familiar with the mountainous upper South Island, said it was his toughest search so far.

"It was some of the most challenging terrain I've been in, from the rivers to the slimy, slippery creeks and certainly the bush cover there is very, very thick with often cutty grass above our heads that went on for hours and hours of bashing your way through."

Wells said the seven to eight-day Kahurangi operation was long, but it was not their longest operation. 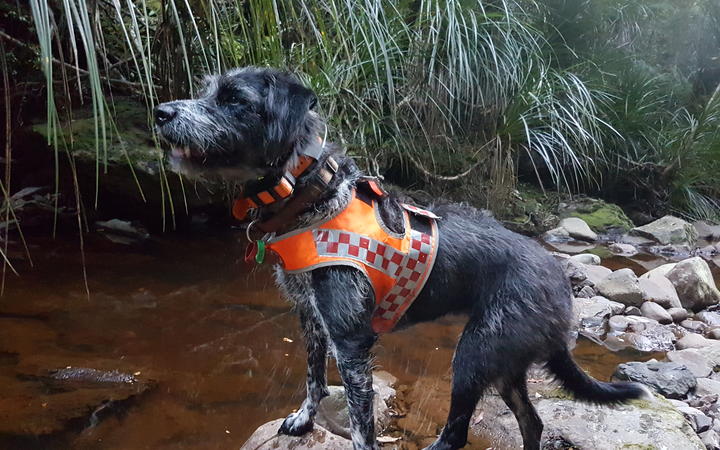 A loyal member of the LandSAR team. Photo: Dwayne Lohmann

He classed its difficulty as moderate - alpine searches were the toughest, but in this case they had the missing pair's youth and fitness on their side.

"It was always very likely there were alive, because often the only two things that take out two people simultaneously are usually catastrophic river crossings or avalanche, and those conditions didn't exist through most of the search."

Wells said often the most challenging part of remote operations was the lack of communication. It often required building a temporary network for the use of two-way VHF radio from the field to the command base.

"You're talking about representatives from right across the community. You have your traditional field teams and those are the people with bush skills and who can work in the bush environment, but we also have search teams that can work in urban and suburban environments, as well as rural environments." 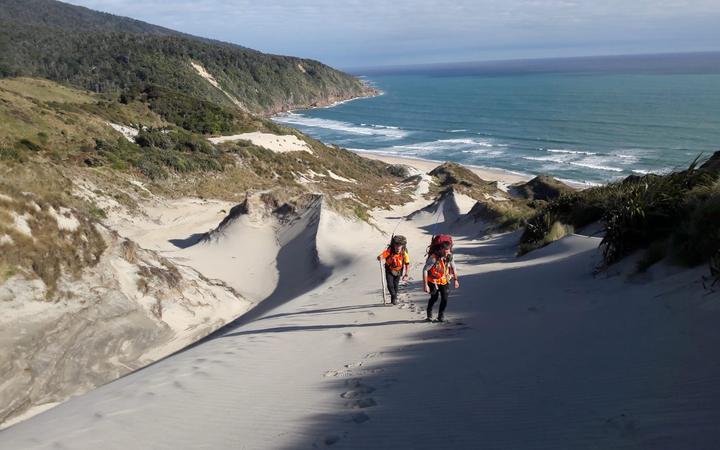 An arduous trek up a sand dune during the search for the two trampers in Kahurangi National Park. Photo: Dwayne Lohmann

Tony Wells said it was getting harder to attract volunteers with the skills and time to take on the role.

Lohmann said he was only able to help because of support from his wife, his two young children, and his team at work. The real estate agent of 20 years said he had lost count of the times he had been called out in the two years he had been a LandSAR volunteer.

The recent search came on top of four weeks of Covid-19 lockdown, but he was not counting lost income.

"I guess life comes first and to me, it's a no-brainer. We get out and do what we can to help others."

Lohmann credited the expertise of many involved in the search for the successful outcome. He had not yet spoken with either O'Connor or Reynolds, but hoped that would happen one day.

Right now he was focused on sharing LandSAR's main wish that anyone heading out into the wild should carry a personal locator beacon.