Missing trampers Dion Reynolds and Jessica O'Connor stayed put and waited for help after suffering minor injuries in a fall, police have confirmed.

They were both found alive this afternoon after 18 days lost in the Kahurangi National Park.

After that fall, they stayed in that location for a few days before moving to where they could find water. Once they found water, they stayed there until they were spotted.

Search and rescue teams had been looking for Reynolds and O'Connor, both 23, for the past week. They failed to return from a tramp after setting out on 9 May.

But police confirmed in a tweet this afternoon that the pair had been found alive:

At a media conference this afternoon, Search and Rescue Sergeant Malcolm York said it was a "fantastic outcome and one we were all hoping for".

He said the trampers got lost "fairly early on in the tramp", due to fog, before suffering the minor injuries.

York said the pair were located in the headwaters of the Frasier stream shortly before 1pm by a search helicopter, which spotted smoke.

York said it was "pretty rare" to have such a positive outcome after such a long search.

"They did the right thing, they stayed put, and they made themselves visible, so when we got to that spot, we were able to see them.

"It's a long way from anywhere out there... it's incredibly lucky we got such a good result given the location.

York said he understood the pair had been without food for "quite some time". 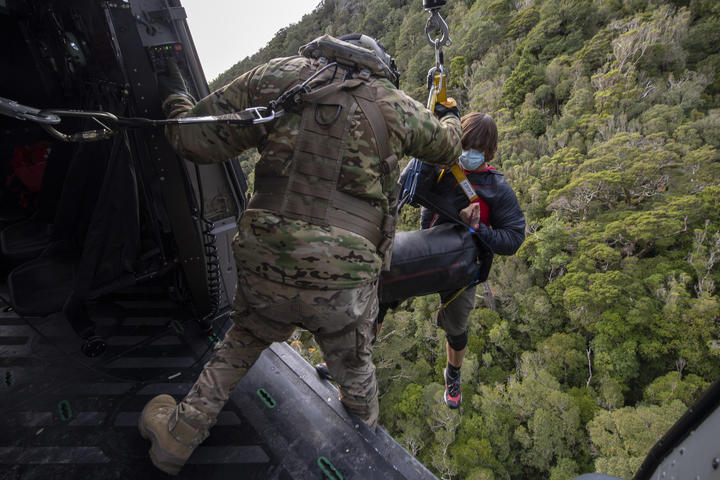 A St John spokesperson said staff met a helicopter at Nelson Airport and assessed the patients, before taking them to Nelson Hospital.

Celebrations have started in Takaka after locals received the news.

Reynolds' employer, Holly Osmond from the Roots Bar in Takaka, said she never gave up hope they would pull through.

"We are buzzing, we are actually full buzzing in here. It was just two of us on when a message came through and we promptly had a shot of rum to celebrate, so we are just so wrapped, goosebumps and all."

She said she will shout Dion a beer when she sees him again.

Osmond said many of the rescue team were from Takaka and everybody had been hoping for the best. 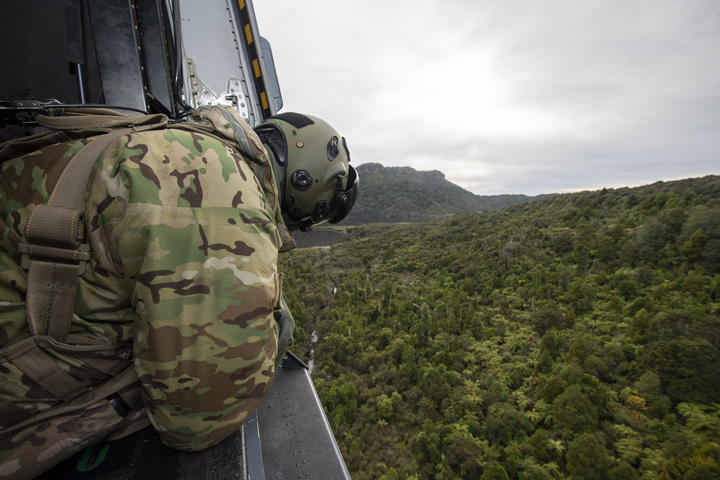 The search efforts had been hampered by bad weather since Sunday.

Two helicopters were used in the search from the air, including a Defence Force helicopter which can winch search teams into rugged terrain.