"I've been looking for you."

Those were the first words of New Zealand Defence Force medic Jase Denharder as he reached trampers Dion Reynolds and Jessica O'Connor. 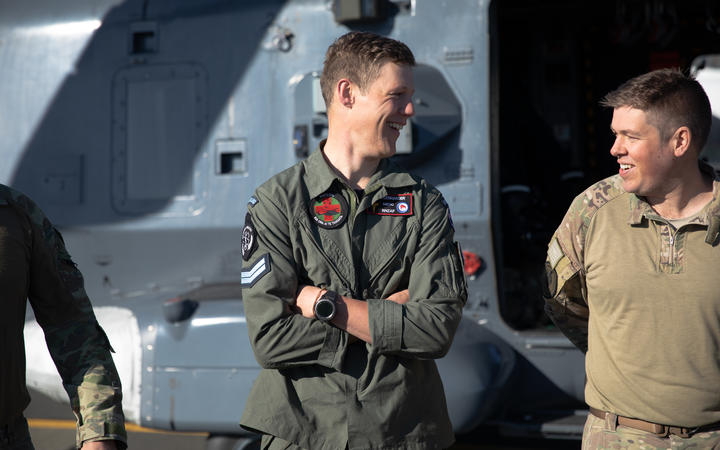 Jase Denharder (left) was the first person the two trampers saw when he was winched down from a helicopter not far above them. Photo: RNZ / Simon Rogers

The pair were rescued yesterday amid emotional scenes, from dense bush in difficult terrain in the remote Kahurangi National Park.

Air force personnel involved in today's retrieval of rescue crew who remained overnight, were on their way back to Ōhakea this afternoon, when they diverted to Nelson to talk to media.

Denharder was the first person Reynolds and O'Connor saw when he was winched down from a large helicopter hovering not far above them.

"I got down to the ground and once the helicopter had moved away I said, 'I've been looking for you guys'.

Reynolds and O'Connor left on the 8 May for a tramp into the challenging terrain from Anatori - a remote part of north-west Nelson above Karamea and below Cape Farewell.

It was more than a week later that a friend reported them missing, and an extensive search began, first by land and soon the heavy search artillery was called upon. 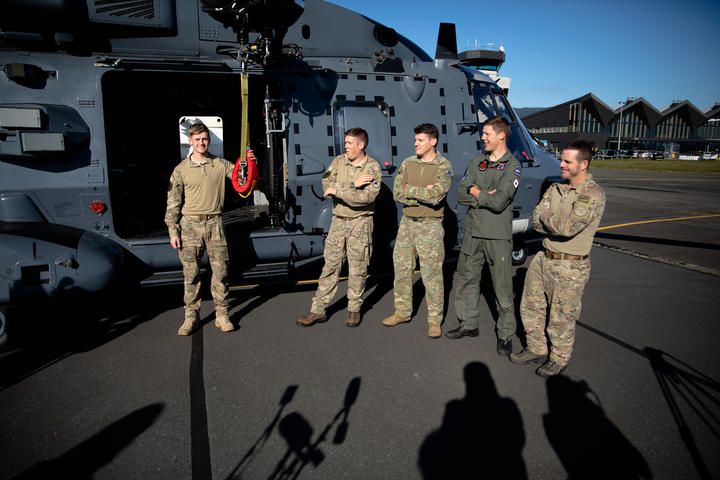 The Air Force NH90 is equipped with infrared heat-seeking equipment, but failed to locate them.

And then, by a small miracle of sunlight angle, smoke from their fire was seen yesterday, said flight lieutenant Loic "Frenchie" Ifrah.

"We went in this morning, in similar light conditions - before the sun was up and just thought how lucky they were to have been in that position, at that time of day, when the sun was basically overhead.

"Seeing into the holes in the trees when they're cast in shadow is virtually impossible."

Denharder said he was relieved to see they were uninjured.

"Pretty much they got up and walked towards me, which was great to see, because obviously there were no lower limb injuries.

"Their looks of excitement when I got down through the canopy ... you're always hopeful, the family were hopeful, we were hopeful.

"They found fresh water which pretty much saved them."

He said the first words from the clearly exhausted pair were they were so glad to see him. 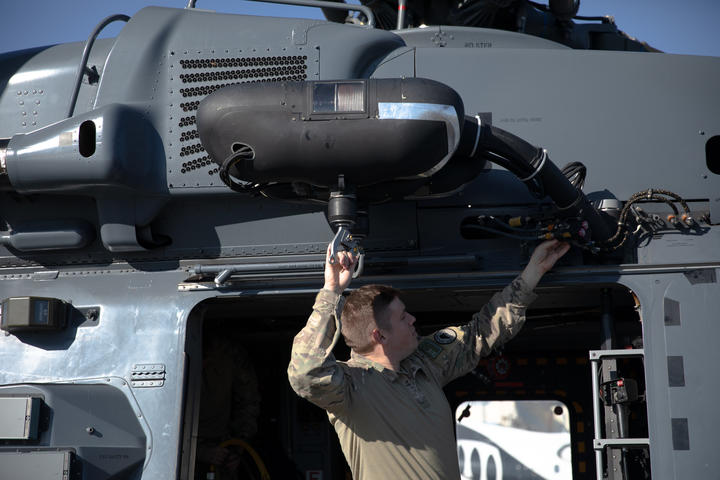 Corporal Tom Hanson was the loadmaster and hoist operator who lifted the pair from the ground.

He said it was fairly challenging task.

"Just due to the nature of the terrain and their location."

Hanson said they sat in a hover about 45 metres above the terrain. He said the difficulty was the thickness of the canopy and the small area from where to lift the trampers. 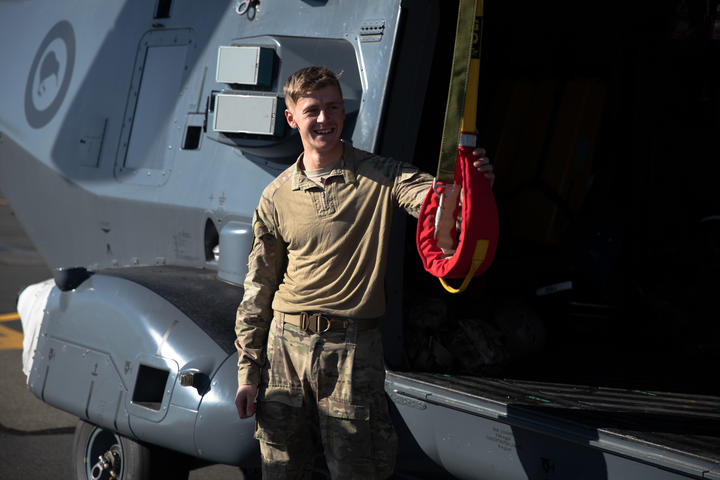 Corporal Tom Hanson was the loadmaster and hoist operator who lifted the pair from the ground. Photo: RNZ / Simon Rogers

Once on board en route to Nelson, the pair sat quietly in the chopper, eating a chocolate bar and grinning broadly.

Denharder said it was his seventh search and rescue, and one of the best. The unflappable medic did not even flinch when the airport bird guns started firing, unlike some of colleagues who leaped almost out of their skin.

"I guess it's probably the career pinnacle so far. I've been in the air force for five years, but was five years in the army before that."

All said they were lucky to have such calm weather so near the typically wild winter storms in the area.