A yacht has been swept to shore, while a commercial longliner is taking on water and leaking fuel on the Coromandel Peninsula. 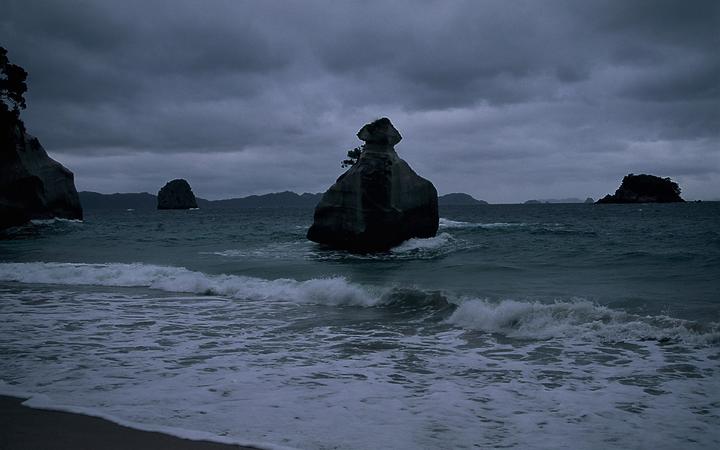 Some motorists returning home from Coromandel to Auckland after the long weekend face two-hour delays.

The north of the North Island has been hit by bad weather with Coromandel copping the worst of it.

It has caused multiple small slips, damaged a fishing vessel which is leaking fuel into the sea, and closed State Highway 25a, adding hours to the trip home for some.

The Waikato Regional Council says the longliner in Whangamatā Harbour is still attached to its mooring but is listing.

Its 500-litre diesel fuel tank is leaking into the sea.

The coastguard was stopped from helping due to choppy seas and high wind.

The council hoped to begin salvage operations in the morning.

Regional on scene commander Derek Hartley said the weather conditions meant the council could not use its marine oil spill equipment.

A separate yacht that was swept onto the shore at Whitianga has been secured.

It comes after MetService warned the North Island was likely to get a lashing of wind and rain, which has resulted in debris and slips on the roads and partial closures for motorists.

For the rest of today, the most widespread and heaviest rain is forecast to impact the Waikato, BoP, Hawke's Bay and lower North Island.

Note the purple colouring which indicates the risk for heavier rain.

MetService says the heavy rain and wind is set to continue for Coromandel, Bay of Plenty and Waikato until tomorrow morning.

We’ve made it back to the ‘tron safely but only JUST got through before they closed the road here at Hikuai. It may be another night in the Coromandel for some folks. pic.twitter.com/EQAfitaEiK