A vocal opponent of a $50 million Yarrow stadium upgrade project in New Plymouth says he has mixed feelings about it making it through the first cull of 'shovel-ready' projects bidding for government funding as part of the Covid-19 economic recovery. 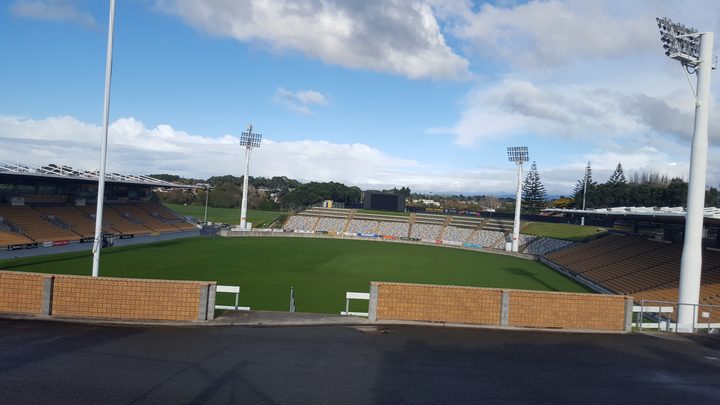 The home of the Taranaki Bulls rugby side was declared earthquake prone in 2017, and its owner, the Taranaki Regional Council, is planning to repair and refurbish it using ratepayer money.

The government has allocated an initial $3 billion to support 'shovel-ready' projects that are ready to be set in motion to help generate jobs. It has received 1924 bids for funding totally $136 billion, a number has now been culled to 802.

Sport Taranaki chairman Gordon Brown said any ratepayer relief would be welcomed, but he reckoned the Covid-19 crisis also offered a chance to reconsider the merits of the Yarrow Stadium project.

"Anything that alleviates the burden on ratepayers in Taranaki is good. So if the stadium secures some funding I'm happy with that, but I'd also urge the government and the regional council to actually have another look post Covid - post the Review of Rugby, and say 'maybe we don't need to spend that much money?', which has always been the view I've held."

Brown said his preference was for funding to be directed at a multisports venue that would be used by the whole community.

"I think of it as a stadium development, $50 million proposed, compared to the development of a multisports hub at the Taranaki racecourse in New Plymouth, which would actually be a stadium that everyday people can access everyday. Rather than paying for the privilege of going to a stadium to watch an even- more privileged elite, rugby professional play on."

"We're pleased the two projects we've submitted to the Infrastructure Industry Reference Group have made the shortlist of 'shovel-ready' projects, as any funding we receive from the government will assist us to progress these projects, and will result in a direct reduction in the Yarrow Stadium targeted rates. So we look forward to receiving timely advice from the government on their decision." 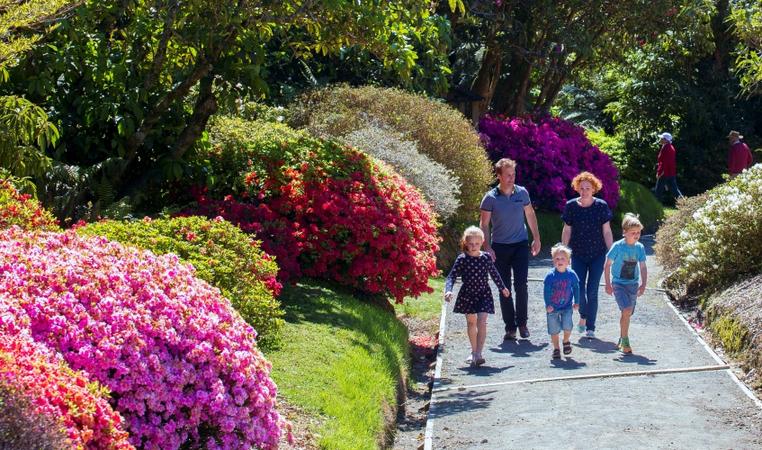 The Pukeiti gardens in Taranaki could be linked to the coast by the proposed 'shovel ready' Kaitake Trail. Photo: Supplied

The other regional council project to make the whittled down list for consideration is a joint $13.6 million bid with the New Plymouth District Council toward development of the Kaitake Trail, part of the Taranaki Traverse, which would allow walkers and moutainbikers to head to the coast at Ōakura from the Pukeiti regional gardens at the base of Mt Taranaki.

A further regional council bid for $3.8 million toward the cost of building projects has been referred to the Provincial Growth Fund.

Meanwhile, New Plymouth mayor Neil Holdom said he was pleased four of its projects, including the Taranaki Traverse, were still being considered for funding.

Holdom said the district's big-ticket projects were a great mix of programmes designed to get people back to work.

"I know when we prepared our submissions it was really around the things that were sitting in the Long Term Plan that we knew had a very high content of labour, which is obviously what the government is trying to do in creating jobs."

The other New Plymouth projects include $321 million for water infrastructure upgrades, $108 million for roads and bridges and $37 million for a replacement Thermal Dryer at the water treatment plant.

Holdom was, however, realistic about the district's chances of securing all that funding.

"We know there is far far more money being asked for than there is available.

"If the government has the aim of spreading that across the country, which I understand they do, based on a population basis, then we can expect investments to the tune of about $49 million to $50 million in the New Plymouth district. So we are certainly pleased we have got projects that are being considered, but we realise the government's got a real challenge in trying to consider probably $60 billion worth of projects and pick $3 billion in this first tranche."

The Infrastructure Reference Group said it had now completed its part of the process, and it was now being dealt with by Regional Development and Infrastructure Minister Shane Jones.

A spokesperson for his office confirmed about 800 projects made it into the pipeline to be forwarded to government ministers for their consideration, from a total of 1924 submissions across approximately 40 sectors, with a combined value of $136 billion.

That number would be further whittled down before being taken to Cabinet, after which announcements about the successful projects are expected.