Opponents of a $50 million repair and upgrade of Yarrow Stadium in New Plymouth have delivered a petition signed by more than 5000 people in an last-gasp attempt to get the decision overturned.

Representatives of the Taranaki sporting community delivered the petition to the stadium owners - the Taranaki Regional Council - earlier today.

Sport Taranaki chairman Gordon Brown said now people had seen the affects of the stadium levy on their rates bill they were angry and did not want to be lumbered with an expensive white elephant.

"I think as a political decision this would rank amongst the most unpopular ever and I think the people have spoken," said Mr Brown, who is also a New Plymouth District Councillor.

"The regional council keeps saying they are competent and have the public behind them. Well we've got 5310 people who've taken the time to sign the petition and they disagree and they are telling they're telling them they don't agree."

Mr Brown said the regional council had committed to building a stadium for "up to $50 million" which allowed it to look at cheaper options.

"The words 'up to' give us an admittedly faint hope that it does allow them the wriggle room to where they can reduce the costs of the stadium repair bill from $50m to something far more amenable to the Taranaki ratepayer along the tune of $34m."

The east stand at Yarrow Stadium - the spiritual home of Taranaki rugby - was red-stickered in November 2017 and the west stand declared earthquake-prone a few months later.

In May, the Taranaki Regional Council decided on a $50m repair and upgrade after consulting on options ranging from demolishing the stadium and sowing grass on the banks for $6m to building a brand new state-of-the-art covered stadium worth $217m. 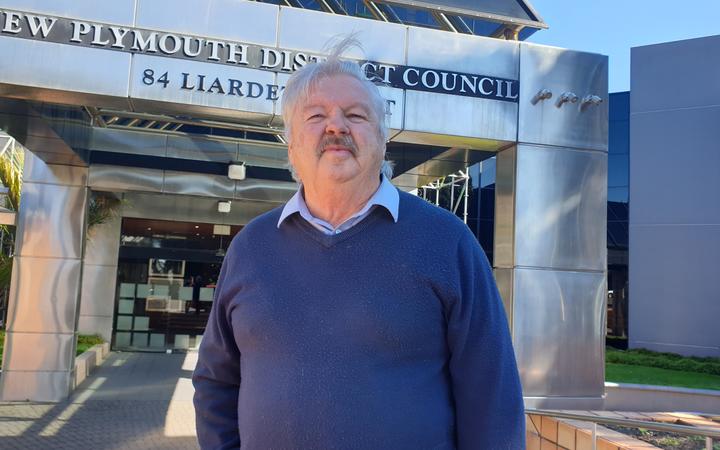 But community sports groups say repairing the covered stands would cost only $36m and the additional $14m in spending - including a $2.5m stand-alone headquarters for Taranaki Rugby -- benefits only the oval ball game.

Hugh Barnes of the Taranaki Sports Collective, which represents 15 regional sports organisations, said he was convinced the majority of Taranaki people were opposed to the scale of the current project.

"The other sports know sucking that amount of money out of the region for what will essentially be a rugby stadium is going to make it so much harder to get support for some much-needed community sporting facilities.''

Mr Brown said neither of the organisations had anything against rugby.

"TRFU chairman Lindsay Thomson got it right when he said they were the meat in the sandwich. We have no issue with them and wish the Bulls and the union

Over the next 25 years, residential ratepayers in New Plymouth are paying a flat $70.34 levy per year excluding GST towards the stadium repair costs, while commercial and industrial ratepayers are being levied by land value plus a $150 fixed charge - most will pay between $200 and $600 a year, excluding GST.

"We will take the time to go through it and consider our response."