The government's allocation of almost $100 million for the arts sector lacks any vision for how it could help the country recover from the pandemic, an academic says. 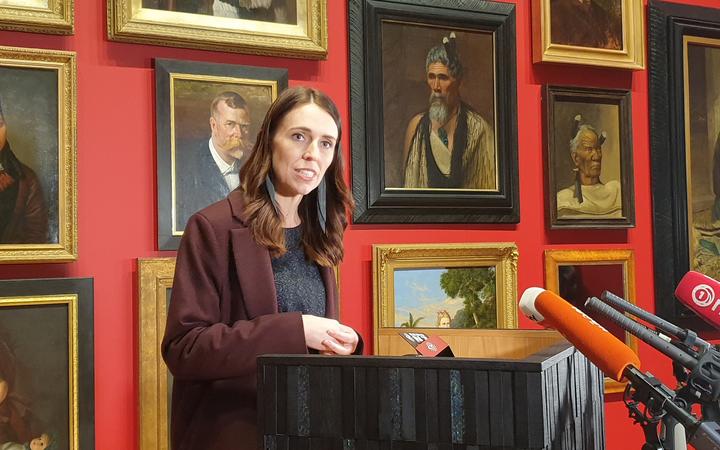 Yesterday, the government unveiled a funding boost of almost $100 million to help thousands of artists and creatives recover from the impact of Covid-19.

In the announcement, Prime Minister Jacinda Ardern - who is also Minister for Arts, Culture and Heritage - said this support was much-needed, because the cultural sector was among the worst hit by the global pandemic.

"Funding announced today will help them get back on their feet. New jobs will be created, and the sector will innovate and connect with new audiences.

Auckland University's Centre for Arts and Social Transformation director Peter O'Connor told Morning Report the funding boost lacked any vision for the future of the sector.

"There's been the notion of pumping that extra little bit of cash into the arts sector, but no wider vision for the absolute importance that the arts have in rebuilding not just an economy but the mental health and wellbeing of a nation.

"That's why I think at the end of the day that the boost yesterday is incredibly disappointing, not because of the size of the numbers, but because of the lack of vision, the lack of an opportunity ... and the lack of ability to draw the dots together and to say the arts have a vital part to play and this is how we're going to go about doing it."

O'Connor said while the investment in arts was good news, the Budget decisions - which allocated a bigger funding boost to sports with strategies in place - signalled the government's priorities were not with the arts.

"There's no discernible strategy either short term, medium term or long term for the arts."

The government should have taken the World Health Organization's report last year on the importance of arts in wellbeing as a blueprint for how the sector might be part of a wider rescue package for the country, he said.

"There's no sense, despite the rhetorics from the government ... of how the arts could contribute for example to health, to regional and community regeneration and corrections, education, youth development or tourism.

"And the science, which is the science from the World Health Organization, is ignored."

On the other hand, Creative New Zealand is set to receive $25m from the funding boost, which it says it will partially use to help continue its emergency grants for artists.

Chair Michael Moynahan told Morning Report the allocation would give them an opportunity to amplify their current response and plan a response for the changes in practice and loss of income.

Moynahan said the original money for grants came from their reserves and operating activity.

"My expectation is that some of those programmes will continue or they will be modified in response to a new paradigm, including different ways of collecting and bringing people together. But, yes, some of that $25 million will be to continue that activity [emergency grants]."

The programmes they operated were generally divided in a way that recognised the various groups within the sector as much as the major institutions, he said.

"In the work that we've already done, we've been very careful to ensure that one section of the artists community doesn't miss out," Moynahan said.

"It's really about differentiation and clarity, and listening to the sector about their needs."