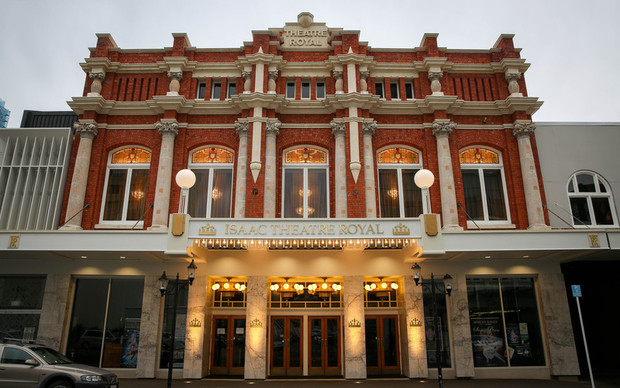 The Isaac Theatre Royal underwent a $40 million rebuild after the Canterbury earthquakes, but there are still significant upkeep costs. Photo: RNZ / Alexander Robertson

An online donation page has been set up in lieu of income from regular events, which could be on hold for more than three months.

The 112-year-old Edwardian style theatre on Gloucester Street has been run by a charitable foundation since it was saved from demolition in 1980, and it underwent a $40 million rebuild after the Canterbury earthquakes.

Its chief executive, Bob Mangan, said staff had taken pay cuts, opted into the wage subsidy, and slashed as many operating costs as possible while weathering the impacts of Covid-19.

However, there was still significant upkeep costs to cover including power, fire and compliance obligations, plus major drainage repair work that needed to be completed by October.

Mangan said people were just being asked to donate what they could, given the widespread effects of Covid-19.

"We're asking money to once again save the Isaac Theatre Royal and continue its magnificent legacy."

Mangan said under alert level 2 the theatre would eventually be able to open for shows with fewer than 100 people - but border restrictions meant that artists were not touring, and lockdown restrictions had created a bottleneck of local content.

"Normally, it would take between three to six months before you have an artist play at your venue. We're part of the entertainment ecosystem, so when the promoter doesn't swing the bat and bring the artist then the rest of us downstream suffer," he said.

Likewise, he said that venues like the Isaac Royal Theatre need to keep afloat, so they did not create knock-on effects for artists, tech staff, cleaners, security staff, transport workers, the hospitality industry or accommodation providers. 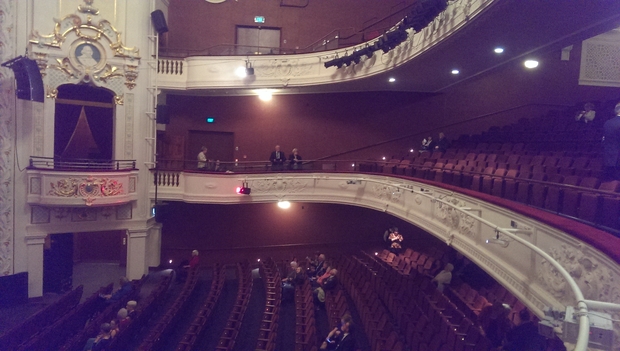 The theatre will eventually be able to open for shows with fewer than 100 people under alert level 2. Photo: RNZ / Nicola Grigg

Down the road at Worcester Boulevard, some performers, artists and gallery owners are returning to the Christchurch Arts Centre this weekend and crediting the help of hundreds of donors for keeping them afloat.

More than $11,000 was fundraised for it to reopen, starting with its retail stores and galleries, children's dance and drama classes and an interactive project exploring physical distancing.

Chief executive Philip Aldridge said that money had gone a long way, in getting projects up and running.

He said it was still an "extremely nervous" time for anyone in the arts industry and not many people realised the Christchurch Arts Centre was a charitable trust, with no government or council funding.

"So we're very grateful to all those people who've come to our aid and come to the aid of the arts," he said.

"We won't be doing our full range of operations yet but we are beginning. And I think the best thing we can all do is get out there and support each other."