Thousands of Muslims across New Zealand have been celebrating Eid-Al-Fitr, marking the end of the holy month of Ramadan on the Islamic calendar. 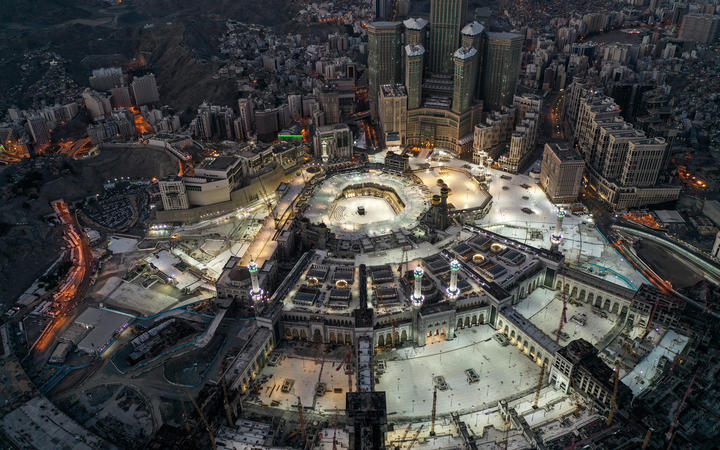 The sighting of the moon on Saturday night meant celebrations kicked off yesterday, but the usually social event has been a bit different this year under Covid-19 restrictions.

That has not stopped people from marking the occasion with small gatherings of less than 10 people and via social media.

Tyrone Smith said this year's Eid has been more than ever about family.

"I was just thinking that was really an awesome experience," he said.

"I managed to reflect every day and I enjoyed every hour of the whole Ramadan, I think it was mainly because I was around my family more and I get to interact with my family on a more deeper level."

Smith said many in the community used digital technology to stay in touch.

"Those ... platforms played a major role in connection."

Zain Ali - a research fellow at Auckland University - said the city's Eid celebrations had been in stark contrast to previous years, where thousands would gather at stadiums.

"This year of course, none of that's been able to happen and so it's put a damper on things," he said.

"But I don't think it's made it any less festive because you haven't been able to go out to Eden Park and Mount Smart Stadium, but you have been able to visit close family and friends."

Dr Ali believed most people were accepting of the new way of congregating with sermons on-line.

"The way you usually go to Friday prayers, you'd go to the mosque that's closest to you. You get into your car and you drive or you walk. But on social media, it's opened up a number of different avenues. So there are a number of mosques here in New Zealand who would livestream their Friday sermon," he said.

Tyla Hunt said the internet also came to his family's rescue this year.

"This was one of the oddest Eid's I've had. Usually we go to Eid prayers but obviously the mosques are closed [to limited capacity] so we did the prayers online," he said.

Ben Gresham said people wanting to take part in Eid prayers at the Christchurch's Linwood Islamic Centre were split into two groups of 10.

He said the past two Ramadan and Eid celebrations have been affected - first by the terror attacks and now Covid-19.

"Like last year, we had the police outside guarding our mosques around the country after the aftermath of March 15, it was a sort of an interesting feel. Although it was a very healing time as well as the community coming together again and the mosque being sort of like recharged," he said.

Gresham said despite the Covid-19 restrictions, there was still a spirit of togetherness.

"Some things stayed the same, like you'd often have the usual texts and sending around of greetings and that stuff the night before and, you know, that went out throughout the day."

After celebrating Eid-Al-Fitr yesterday, many Muslims will today begin another six days of fasting for greater reward, although unlike the month of Ramadan it is not compulsory to do so.