Travel restrictions are creating uncertainty for thousands of foreign school children who came to New Zealand for education and now cannot leave. 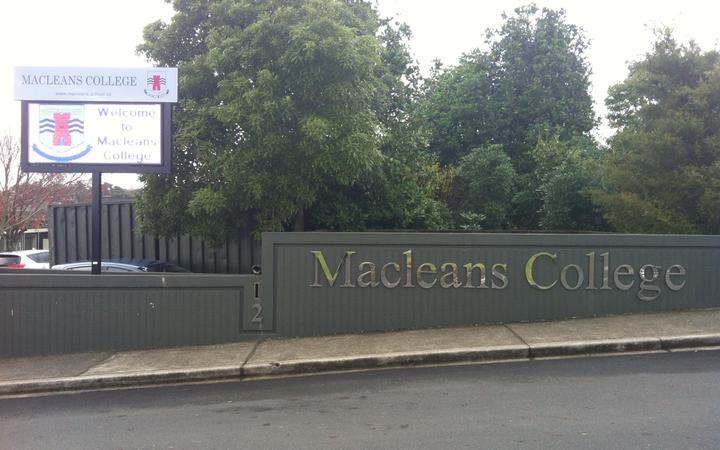 Principals said some international students could not get seats on repatriation flights and about 600 did not know if they would be able to fly home when their studies finished at the start of July.

"We know there are schools up and down the country with students who would have liked to have gone home, but unfortunately the repatriation flights were full at the time," he said.

"They are very anxious to get home."

He said some students had initially been happy to remain in New Zealand when the lockdown started, but had since changed their minds, sometimes because their parents wanted them to return.

However, Walsh said students were also worried their health would be at risk if they returned to countries where Covid-19 was prevalent.

He said there were other students whose study visas were expiring, but could not leave the country and often did not want to.

"The picture is very complex because some in fact now have indicated they want to stay, their visas have run out, so with some of them we're trying to organise tourist visas for them; trying to organise - if they're required to stay here - whether their parents can afford for that to happen; and what their educational programme is going to look like for the rest of the year."

"They're teenagers, so for some of them it is a very emotional and testing time."

Walsh said arranging repatriation flights was very complex because it was done by governments working together.

"All the feedback has been they're feeling quite grateful to be in New Zealand."

However, he said some students were already worried about how they would get home when they finished their studies at the end of the year.

"It's on their minds and it's on ours as well for different reasons. They obviously want to go home and catch up with family and have a summer holiday back home and for us that's mostly students going back to China. Our concern of course, as a school, is will these students be able to return."

Hargreaves said Chinese students who left the country at the end of the year could be in real trouble if they were unable to return to New Zealand early next year.

"Those kids are in a real bind. They can't just move back into the Chinese schooling system and pick up where they left off. Once they've made the decision to embark upon an international educaton in New Zealand, they have to see it through," he said.

He said in normal circumstances schools would enrol about 21,000 international students over the course of a full year.

Van der Zwan said only about 800 school students had left the country before the lockdown began or on repatriation flights.

He said about 600 were due to finish their studies at the end of June, but it was not clear if they would be able to travel home then and schools were talking to those students and their families to figure out what to do.

"The obligation on those schools is to come to some arrangements that just make clear who will remain responsible for those students," he said.

He expected some of the students would re-enrol and continue their education.

Van der Zwan said the main conversation happening in the sector was about travel at the end of the year.

He said education agents were telling the association that families were interested in sending their children to New Zealand.

"The agent network and the people that they are working with are very complimentary and very impressed by the way that New Zealand has manged the situation here and I think that makes us quite an attractive option so they're very keen to try and get students back in here," he said.

Van der Zwan said it was apparent that students' families recognised their children were being well looked after by host families and by their schools.

"What we're hearing is that they are actually getting strong inquiries from their families about coming to New Zealand. I think the value proposition for New Zealand through this has gone up."

Students at John Paul College in Rotorua had mixed feelings about being stuck in New Zealand.

Year 13 student Yume Miura said she had planned to go home to Japan in July to apply for university and then return to New Zealand to finish the school year.

"I'm really worried about it," she said, adding that it was very unusual for Japanese students to delay their entry to university after leaving school.

Yume said her parents were also concerned about the pandemic and the uncertainty about travel.

"My parents are really worried about me, but especially my university because it really affects my future."

Year 11 student Andrea Hohne said he was supposed to return to New Caledonia in July, but instead he expected he would have to stay in New Zealand until the end of the year.

"My parents, they are a little bit scared, but they are all good," he said.

Jamie Kim from Korea said he wanted to study in New Zealand for three more years, but he also wanted to go home for a visit.

"I want to go back to Korea as soon as possible because I miss my family and my Korean friends, and my sister, Korean food, everything," he said.

The travel ban was not worrying Chinese student Yujie Wei who said she wanted to stay in New Zealand for the summer holiday so she could have Christmas with her host family.

"They're like my grandparents, we're very close," she said.

However, she said her parents were not happy that she was so far away during a pandemic.

"My mum is worried, but she's also being very supportive. She always tells me to wear masks when I go out, even taking a little walk," she said.

"I'm the only child so it's understandable that she's so nervous about it."

Steven Lai said he had planned to return to Japan in September but now he did not know when he would be able to leave.