As children return to school this week it may come as a surprise to learn their experience is remarkably similar to that of their forebears almost 100 years ago. 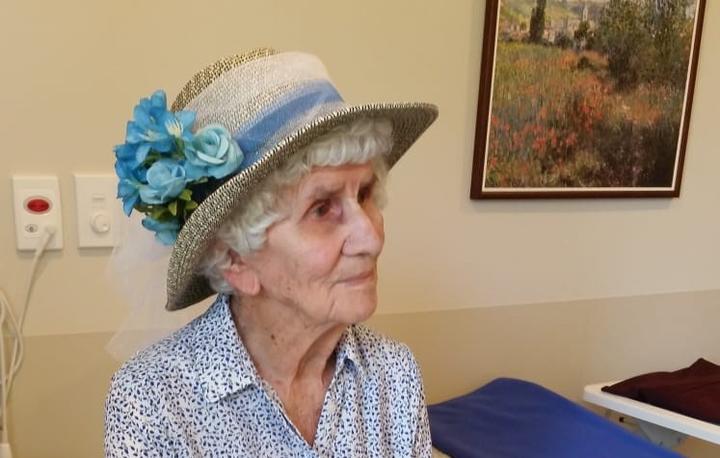 New Zealand health authorities issued immunity passports, shut down schools nationwide and quarantined those with a new virus - polio - during epidemics in the early 1900s.

It was a similar story in later decades, when many schools shut down for weeks at a time to prevent polio outbreaks from spreading.

My grandmother, Margaret Whitwell or Grandma Whit as we know her, was just 10 years old when her Nelson school closed due to a polio outbreak.

Now 92, Grandma Whit still remembers it well. She was excited about wearing a special blue silk gown with a frill on the bottom, that her mother made for her to wear to a school concert.

"But then the news came through that school was breaking up and we were going to have holidays because of the polio epidemic," Grandma Whit said.

"We had it all explained to us but the seriousness of it didn't really hit home like it would with an older person."

It's an experience she now shares with many of her great-grandchildren who've spent weeks at home due to the coronavirus.

Her school closed for weeks in 1937, a year that recorded 39 deaths due to polio and many of them children and teens.

After polio first gripped New Zealand in 1914, killing 25 people, epidemics occurred every few years until the early 1960s, when vaccines were developed and eventually eradicated the disease the following decade.

"From what we heard, we realised it was serious. They explained why we had to be quiet and not mix with other children so much and not go out to public functions as before but it didn't really worry us, life went on the same as before pretty well," she said.

"Being at home didn't bother us because we had a good garden to play in with trees to climb and tyres hanging on ropes to swing on. We enjoyed ourselves without any much bother."

She later helped look after a polio patient, working as a nurse in Nelson.

"It was interesting to see somebody with polio many years later and what it was like," she said.

"I think the virus is more serious for the world at large. The polio epidemic was not so prevalent as this one is by any means. The wonderful thing now with polio is the vaccine, and when there's a vaccine for this virus it will be wonderful."

Fast-forward to 2020, and there have been 21 deaths in New Zealand due to Covid-19 and the country is being lauded internationally for flattening the curve.

The country's handbook for responding to an epidemic began as early as 1914 with the first polio epidemic. 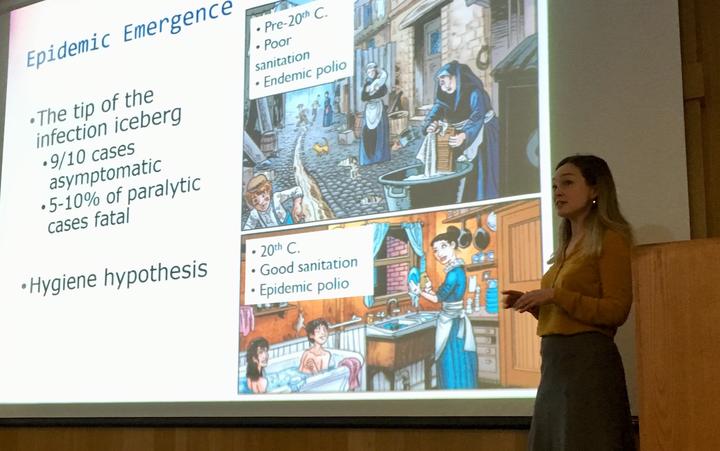 Dr Heather Battles giving a lecture on the 1916 polio epidemic in New Zealand at the University of Alaska Anchorage in 2018. Photo: Supplied

"A lot of the strategies are very similar, limiting movement between communities, shutting down places where people gather and then all this talk about people with immunity possibly getting certificates or some sort of immunity passport," she said which happened in both the 1916 and 1925 epidemics.

Dr Battles said another similarity between then and now was that people tried to find cause and blame for the disease - it was wartime.

"There were a lot of rumours flying around that this was some sort of biological warfare plot by German spies so there's parallels today that this is something China did or something that was deliberate."

When schools re-opened following a nationwide shutdown in 1925, Dr Battles said many were reluctant to return.

"Children had by then gotten jobs because they'd been out of school for months so they didn't even come back right away because they were off working."

In her 1993 thesis on the history of polio in New Zealand, Jean Ross records how there was concern about the "moral and mental deterioration of the children".

Her thesis details how children were not allowed to attend school if they were unwell, and how teachers were given comprehensive hygiene instructions including sweeping floors with sawdust dampened with disinfectant.

As for today, Grandma Whit said children will do well if their parents keep calm and carry on.

"They will take their cues from their parents, how their parents handle it, and if their parents are willing to give them some time and do interesting things together then it will be no problem at all. That's the way it will go."