Department of Conservation (DOC) rangers on the West Coast have rediscovered a lizard species last encountered decades ago. 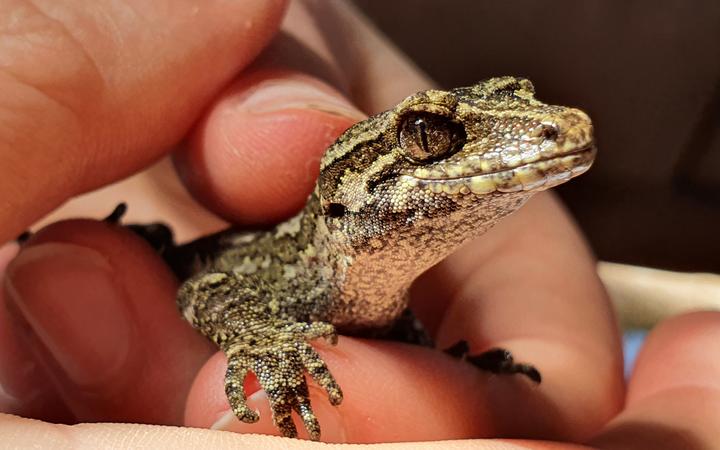 The Okarito or broad-cheek gecko has only a handful of records and sightings.

Te Rūnanga o Makaawhio chair Paul Madgwick said it was an exciting find of a taonga species on the brink of extinction.

"With the species currently classed as 'data deficient', our focus now is to improve our understanding of its ecology and conservation needs," she said.

It was one of two lizard species discovered in the Okarito Sanctuary near Franz Josef in the last year.

A Canterbury grass skink was found by a member of the local community predator control programme while out checking traps.

They had not previously been recorded so far south. 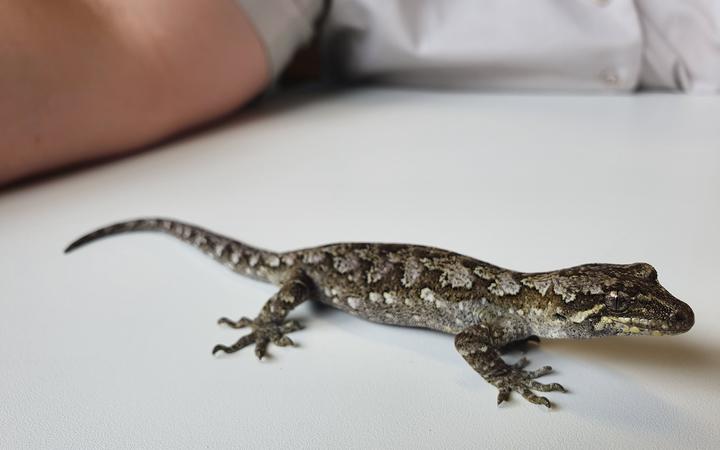 The Okarito gecko is patterned in lichen-like shades of grey, green and brown, making them well camouflaged in their environment and very difficult to find. Photo: Supplied / Rheanne Sullivan, DOC

Lizards are more vulnerable in the cold as they are too slow to escape predators including rodents, ferrets, cats and weasels.

New Zealand has 43 recognised species of gecko and 64 species of skink.

Anyone who saw a lizard on the West Coast or in the alpine zone to contact the Department of Conservation.