Australian wildlife authorities have shared photos of a three-eyed snake that was found on a highway in the Northern Territory. 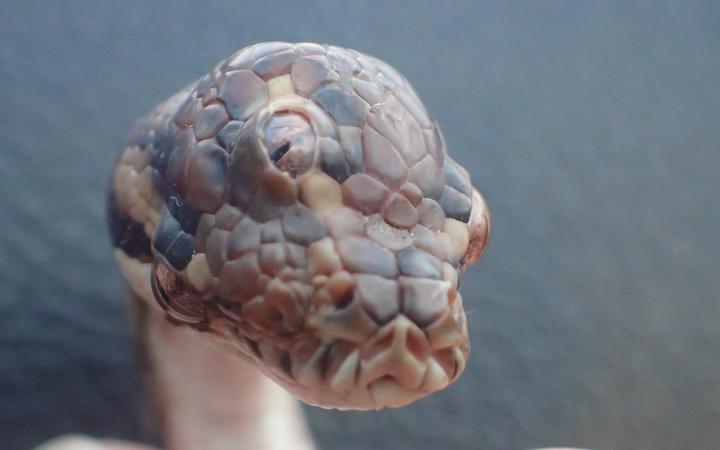 The tri-eyed critter was about three months old and 40cm-long when it was found by rangers. Photo: Facebook / Northern Territory Parks and Wildlife

The Northern Territory Parks and Wildlife service revealed this week rangers discovered the tri-eyed critter near the town of Humpty Doo, about 35km from Darwin.

The juvenile snake, which was about 40cm long, has become Facebook famous, with photographs of it uploaded to the service's page on Wednesday attracting thousands of likes and comments.

A lot of commenters have taken a humorous view of the snake's discovery and seen it as a chance to demonstrate their skills with puns.

One poster, Joel Carter, said: "I tried to come up with a few jokes but they just got cornea and cornea."

Another, Tony Pantaleo, commented: "But the question is can he see out of the eye … or is the Third Eye Blind?"

A third poster, however, was less taken by the snake than the name of the town near where it was found.

Many reptiles have type of third eye

According to The Conversation, many reptiles such as monitor lizards, some iguanas and tuatara reptiles from New Zealand have something called a pineal eye, a type of receptor located at the top of the head.

It is different from a normal eye though, because it is covered by thick scales and cannot "see" as such. Instead, it is photoreceptive, or sensitive to light.

The third eye found in this snake, however, seems likely to be a birth defect.

According to a statement posted alongside snaps of the snake, rangers originally thought the reptile had two skulls joined together - but that was not the case.

"The snake is peculiar as an x-ray revealed it was not two separate heads forged together, rather it appeared to be one skull with an additional eye socket and three functioning eyes," the statement said. 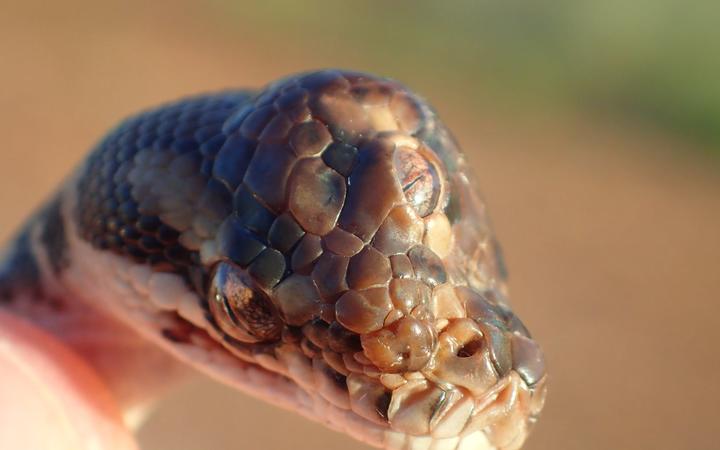 "It was generally agreed that the eye likely developed very early during the embryonic stage of development.

"It is extremely unlikely that this is from environmental factors and is almost certainly a natural occurrence as malformed reptiles are relatively common."

The baby snake was about three months old when it was found, rangers reportedly told the NT News.

Parks and Wildlife staff named the reptile Monty Python, but it died soon after it was found.

"It's remarkable it was able to survive so long in the wild with its deformity, and he was struggling to feed before he died last week," ranger Ray Chatto reportedly told the newspaper.

It is not the first time a reptile with an unusual deformity has been found in Australia this year.

In January a member of the public found an extremely rare two-headed blue-tongue lizard and gave it to staff at a NSW Central Coast reptile park.

Workers at the Australian Reptile Park named the lizard Lucky because some wildlife experts said its life expectancy in the wild was not great.

Keepers said they were hopeful Lucky would live a long and happy life in the safety of the park, and said it was perhaps the "most unique lizard in the entire wildlife sanctuary".