A Christchurch man is pleading for government officials to exempt him from quarantine so that he can see his dying wife one last time. 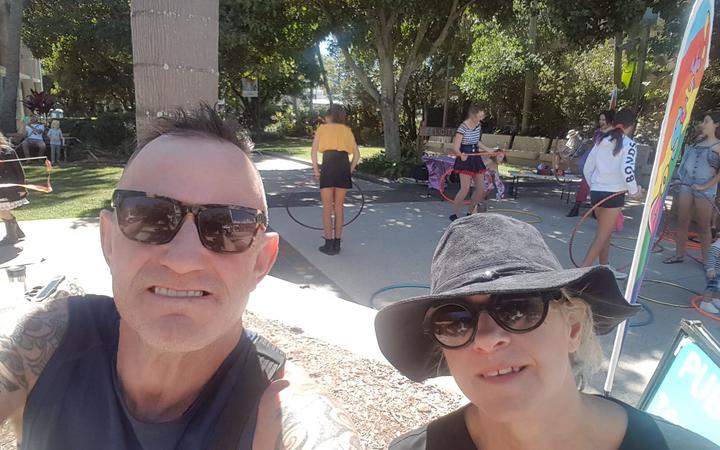 He is currently under managed isolation at a hotel in Auckland, and said despite showing no illness symptoms and a letter of support from his GP, the Ministry of Health has repeatedly refused his request for exemption.

Taylor has terminal lung cancer and has been given hours to live.

"When I departed [for Australia] to go to work, my wife was unwell but she was making progress," Ryan said.

Taylor was diagnosed with cancer 18 months ago.

"But anyway, things turned for the worst and I was luckily able to get a flight from Brisbane to Auckland, knowing that I would have the two-week stand down before I could get back to Christchurch," Ryan said.

"In the interim, her organs have started to fail and she's on a morphine drip. My three children, distraught children, are with her, obviously wanting me to be around. I have family support there with her but ultimately it's not the father, is it?"

Ryan first applied for an exemption on the day he arrived in Auckland.

He said he was willing to travel with Personal Protective Equipment and maintain physical distancing.

"I applied for an exemption because of my circumstances and it took two days to get a reply back, which I think is standard, [and] they refused me," he said.

"And then I tried again straight away via the health department [Ministry of Health] representative in the hotel, he sent it off to his co-ordinator who had said if there were special circumstances to send it through to him, and it was obviously agreed I had special circumstances."

Ryan said he waited another couple of days and received a phone call from the Ministry of Health informing him that it would be impossible for him to go to Christchurch.

He said the refusal was devastating.

"Well ... I cried, and basically a friend suggested that maybe we can get in contact with the media and if not for me, for other people that may have to go through this scenario," Ryan said.

He asked the government to show sympathy towards New Zealanders in similar situations.

"Well, I'm a proud Kiwi, we're the best country in the world, just [show] some compassion ... instead of these generic emails I've been getting, what about just some compassion? And not every case is the same is basically is what I'm saying," Ryan said.

"It's breaking my heart really."

The Ministry of Health said Ryan would have received a letter explaining why his application has been declined, and its exemptions team will contact him to explain further.