Prime Minister Jacinda Ardern says the response to such appeals to break mandatory quarantine on compassionate grounds should not be an "automated" one. 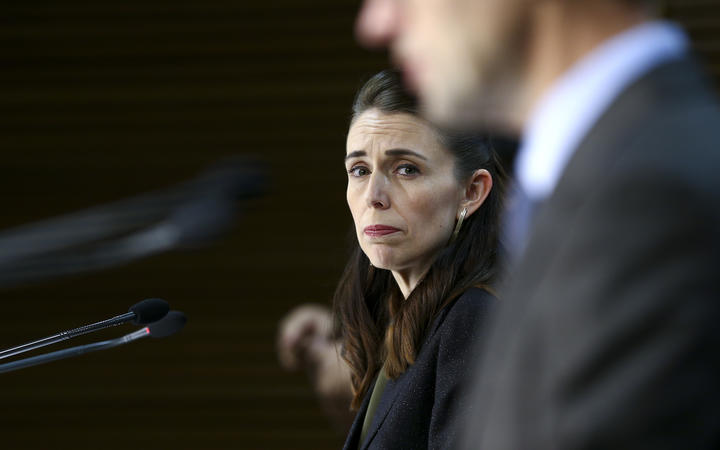 Speaking at the Covid-19 media briefing today, Ardern was responding to questions about a High Court ruling allowing Oliver Christiansen to leave quarantine in Auckland to visit his dying father.

Christiansen arrived in New Zealand on 23 April after leaving the UK to be at his dying father Anthony's bedside.

At the time, Christiansen thought he would have enough time to sit out the quarantine period for New Zealand citizens and permanent residents arriving from overseas, but his father's condition deteriorated.

After three unsuccessful appeals to the Ministry of Health on compassionate grounds, the family sought a review in the High Court.

In her decision released on Friday, Justice Walker said the handling of Christiansen's case "had the hallmarks of an automatic rejection".

Today the prime minister said each appeal needed to be treated on its merits.

"The whole point of having the ability to apply for a compassionate exemption was so that we could assess the circumstances. There should be nothing automated about that. We should give genuine consideration to each of those applications because they would've only been made because of dire circumstances."

Since the High Court decision, Director General of Health Ashley Blomfield has announced a review of all appeals asking to break quarantine on compassionate grounds.

RNZ understands there have been 24 appeals to break quarantine because a close relative is dying and a further 50 on other compassionate grounds, all of which have been rejected.

Yesterday, the Ardern said 18 requests had been granted, but in an embarrassing u-turn she had to correct that with the Ministry of Health admitting the layout of its figures may have been confusing.

Today Ardern said it had to be remembered why the quarantine restrictions were there in the first place.

"These are devastating cases. The incredible, difficult judgement the Ministry of Health is making is that, from memory, we've had over 20 cases of people who have been in isolation having come in from overseas and subsequently tested positive for Covid. So, that is the really difficult position that those making those judgments are in."

Australian lawyer Greg Barns represented two New Zealand citizens who travelled to Auckland with the hope of visiting their dying mother, only to have their appeal to leave quarantine on compassion grounds rejected.

The sisters were in agony over the decision.

"We could stay away from her, we could use PPE gear to visit her in hospital. We had options and fully understand the reasons for the lockdown, but in these few cases they can surely grant compassionate leave because we may never see our mother again."

Barns said lawmaking at times of crisis such as the Covid-19 pandemic was problematic.

"Public health professionals and ministers have enormous power to make laws effectively on the run because they have to.

"One of the issues we've been looking at in Australia - and it's obviously been an issue with this case in New Zealand as well - is whether or not those laws and the enforcement of those laws are simply unreasonable in some circumstances."

Barns said Australians faced with similar circumstances would be taking a close interest in the decision here.

"That is where you've got family members who are gravely ill, at death's door and where people have been denied the possibility of visiting those relatives because they are in enforced social isolation.

"This decision will certainly be looked at closely because the law in Australia and New Zealand is very similar."

Meanwhile, Christiansen was back at his Auckland hotel, sitting out the last two days of his quarantine period after spending about 36 hours with his father.

Christiansen said the focus should now turn to the other families who had been refused permission to see their loved ones.

The story, he said, was no longer about a son and his wish to see his dying dad, but about the process that prevented that in the first place.

It was now up to others to keep asking questions while he stepped back and concentrated on rebuilding as a family, he said.