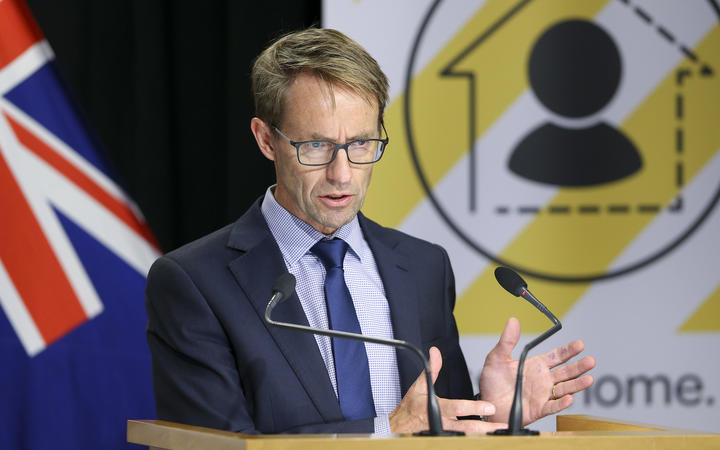 It was revealed yesterday that the High Court had allowed a man to visit his dying father, rejecting the ministry's decision. Oliver Christiansen, who arrived in New Zealand on 23 April, challenged the Ministry of Health's refusal to allow him to cut short his mandatory 14-day isolation.

But the High Court ruling didn't mean the team had failed to apply the criteria, he said.

"What the staff do is they apply the criteria and look at all the information they have objectively and fairly ... and with great empathy. They don't just say this is a no, they have to - and they do - look through the information very carefully.

"What the judge was saying is that they didn't feel from the information that was presented that it was obvious that that process had been followed."

The ministry was reviewing all the previous cases to look at why it wasn't clear it had applied the criteria objectively and to make sure the process was followed. Bloomfield did not know how many of those applications related to relatives have since died.

Bloomfield said he responded to an email from Christiansen in which he sent additional information and referred it to the managed isolation team telling them to look at the information and take it into account.

The decisions on mandatory isolation also had to be fair, and in line with the process for people applying to travel within the country.

"That has very strict criteria and many New Zealanders will know of people who during the lockdown in alert level 4 were unable to either attend funerals or visit dying relatives because we were on a really clear pathway to try and stop the transmission of Covid-19 in our communities to protect everybody."

Bloomfield said Waitemata DHB, where three nurses have contracted Covid-19, is following clinical advice on having staff work on both general and Covid-19 wards.

Staff are told to work on both type of wards but not on the same day.

"The staff who were working on a Covid ward only worked on that ward and only with those patients when they were on a shift," Bloomfield said.

"It didn't mean that they couldn't work on other wards on other days, and that's what's happened. That was on the basis of advice from senior clinical people there - their infections diseases specialists and others.

"This is fairly typical practice particularly for example in intensive care units or on wards - there will be people there at any time with a whole range of infectious diseases and that's why you put in place really clear protocols around use of PPE, infection prevention and control."

Hospitals also have to make sure there is staff with a mixture of experience on shifts.

The DHB is doing an internal review, but which includes the senior nursing manager who is also a union delegate, and Waikato Hospital's director of nursing, he said.