Prime Minister Jacinda Ardern says a few people are letting the vast majority of the population down with breaches of social distancing rules over the weekend. 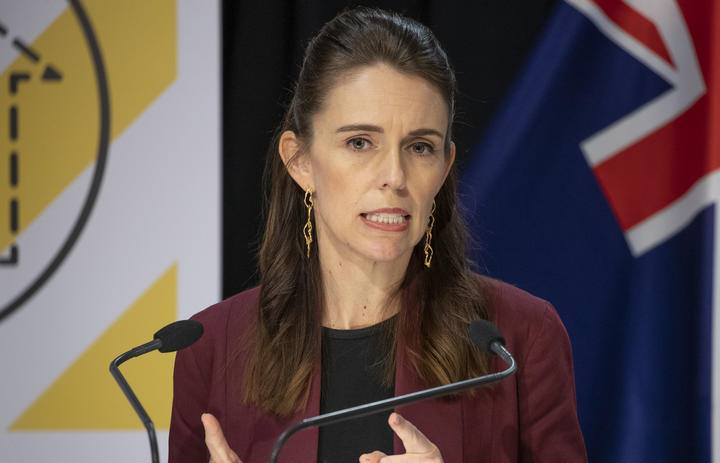 During the first weekend at level 3 there were 685 reports of breaches in the 24 hours from 6pm on Friday. Enforcement action was taken against 112 people.

Acting Assistant Commissioner Scott Fraser said most were because of social gatherings, and warned attending parties could waste all the sacrifices made over the past five weeks.

"I certainly don't want to see our team of 5 million punished for the behaviour of a few," Ardern told Morning Report.

Ardern said there had also been a "blip" at the start of the level 4 lockdown with breaches as people worked to understand the expectations.

"So I do expect that, but again, we are willing to act. The police did issue 73 official warnings and prosecuted 32 so they are following up on those complaints."

Ardern said the country did not go into level 3 too soon.

"What we were seeing in our cases told us we were ready to go to level 3."

Asked about fast food restaurants Ardern said authorities had been in direct contact to remind them of their obligations.

One of the issues was that they were not staggering pick-up times which they had worked to remedy, she said.

"Equally I would expect everyone who was lining up there to have had it drilled into them for weeks on end around social distancing.

"We need people to respond to the ongoing expectation we have of them as well.

"This is going to be a challenge for everyone around the world as we go forward that we have to keep up what are pretty tough ways of living relative to our usual experience for some time to come."

Cabinet is meeting on 11 May to assess whether the country is ready to move to alert level 2.

"We called level 3 a waiting room ... this is a place where after a cycle of transmission we then use the best data we have to assess whether or not we have any unexplained cases, cases that are cause for concern.

"It's very important while we're in this waiting room we don't act like we've won already."

"The vast majority of people are complying. We just need to keep reminding those who don't that they let the side down when they act that way."

Ardern said the Waitakere District Health Board, where three nurses contracted Covid-19, has had access to personal protective equipment (PPE). She said clinicians have stated N95 masks were not used there.

"Those are clinical decisions that I leave to the Director-General and the DHB but I understand they are taking a second look at the PPE use."

There was permission for staff to work between Covid wards and general wards, but never on the same shift, she said.

PPE is not foolproof no matter how well it is used or how experienced the user, she said. "I think we need to acknowledge Covid is tricky."